Made in China: A Mark of Shame? 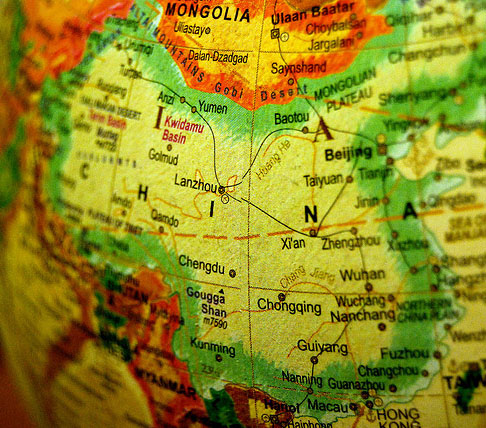 Last year, I attended a generosity conference in Hong Kong. At a break, I introduced myself to the folks at my table. One woman, Amy, was born-and-raised in Hong Kong. She serves as an executive at Flextronics, a Fortune 500 company based in the Silicon Valley.

During our conversation, I learned Flextronics is the top competitor of Foxconn, the world’s largest, and perhaps most notorious, electronics manufacturer. Foxconn has made headlines over the past few years, but not for good reasons. Most notably, reporters fried Foxconn and one of its largest customers, Apple, after an independent audit of a Foxconn factory revealed troubling labor violations. Their inhumane approach to enterprise has fueled the scorn many feel toward products imprinted with those three contentious words: Made. In. China.

For Amy and Flextronics, however, their story looks nothing like those headlines. For her, “made in China” was cause for celebration.

The Flextronics story begins in California. In 1971, journalists first began using the “Silicon Valley” label. Stanford University’s emphasis on technology catalyzed the region. William Hewlett and David Packard, two Stanford alums and early Silicon Valley pioneers, launched their company—Hewlett Packard—from a Palo Alto garage with just $500 in cash. Many more companies followed in their wake, including Texas Instruments, Apple, Intel and Oracle. Each was founded in the 1960s or 1970s.

One of the less prominent stories of Silicon Valley is that of Joe McKenzie. McKenzie founded Flextronics in 1969. He built the company to provide manufacturing support to fellow Silicon Valley entrepreneurs. Initially, he and his wife were that support, hand-soldering circuit boards themselves. The company grew from there. Today, they are quietly the second-largest electronics manufacturer in the world, behind only Foxconn. They employ over 200,000 workers across 30 countries.

As Amy and I talked at that conference, the conversation turned to her feelings about her employer. She had been employed by Flextronics for close to two decades, traveling between the Silicon Valley, Hong Kong, and their manufacturing facilities in China. Flextronics’ ascent to a global powerhouse has been marked by a commitment to doing things the right way. They have been lauded for their humble leaders, industry-leading wages and commitment to the flourishing of their employees. Amy shared in this affection, describing with great pride how her company brought meaningful work to many of her fellow Chinese.

Across Asia, poverty and wages are on opposite trajectories. Poverty is rapidly falling and wages are rapidly increasing. In 2012 alone, average factory wages in China escalated 14 percent. In manufacturing, specifically, worker wages have increased 71 percent since 2008. Over the last thirty years, the percentage of Chinese families living in extreme poverty dropped from 84% to under 10%. To put that in perspective, 680 million Chinese people—over twice the entire population of the United States—are no longer living on the edge of catastrophe. No longer dying from preventable causes like diarrhea and malnutrition.

But not all the changes in China are worth celebrating. The new China has become a society Dorcas Cheng-Tozun described as “obsessed with all things self: self-image, self-sufficiency, self-provision, self-protection, self-preservation.” The country’s newfound wealth is not without its baggage.

“Made in China” means a lot of different things. We can view it in two broad ways. Most commonly, we associate it with sweatshops, cheap products and the fast-and-loose cultures of companies like Foxconn. With it, we see the rise of the seemingly soulless and cutthroat culture that has pervaded Chinese companies and cities.

And at the same time, we can see “made in China” through the lens of companies like Flextronics, a company that treats their people well and manufactures remarkable products. We can see the positive changes for this region’s vulnerable people. Today there are many millions of families no longer struggling to eat. God loves the vulnerable in Shenzhen as much as he loves the vulnerable in San Jose and we can celebrate the decrease in premature death and suffering.

During the Christmas season, “Made in China” is often a mark of shame. And certainly, there is cause for us to expose and embarrass the companies that exploit their workers. But for Christians, we should follow our criticisms with our celebrations. We can rejoice that hundreds of thousands of Chinese families earn fair wages and dignifying work through Flextronics. That hundreds of grassroots Chinese entrepreneurs have gotten their start through biblically-based business training and a small loan through HOPE International.

Let’s move past our eye-rolling when we learn a product is made in China or India or South Korea. “Made in China” means it’s made by people created in God’s image. And we should cheer our distant neighbor’s—as much as our literal neighbor’s—escape from poverty. We are called to be people of justice and of hope. We should criticize when companies like Foxconn break laws and break spirits through inhumane work conditions. But we should also celebrate companies like Flextronics who restore dignity and create opportunity for many. 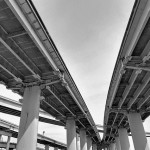 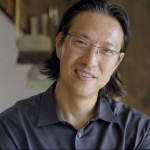 July 22, 2015 Makoto Fujimura on Cultivating the Imagination
Recent Comments
0 | Leave a Comment
"Need an industrial appraisal company? Masterequipmentappraisers.com Industrial Auctions has experience in buying and selling of ..."
Equity Web Solutions Charles Koch’s Metaphysics of Business
"Well, I don;'t see God coming down and having a little talk with the high ..."
Medalcollector Is God Opposed to Christians Making ..."
"What a lousy article. It is amazing how the owners of this website allow this ..."
Medalcollector The 6 Elves of Capitalism
"What love? Certainly not for the human race when you look at unregulated capitalism, slavery, ..."
Medalcollector Why Capitalism Is Really About Love
Browse Our Archives
Related posts from Oikonomia