‘Crucified Love’ — The Human Side of the Greek Crisis

‘Crucified Love’ — The Human Side of the Greek Crisis September 11, 2015 Acton Institute 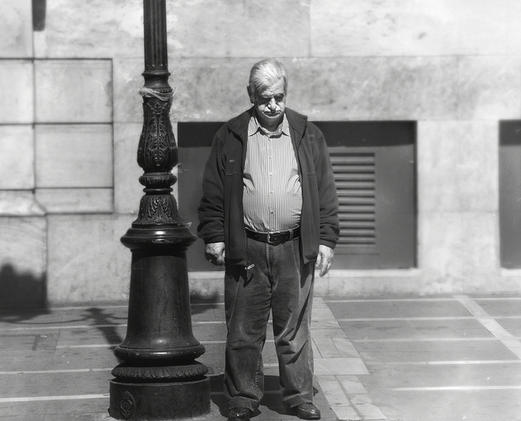 In Thessaloniki, Greece, Fr. Eleftherios pulls down from the wall behind him a framed icon of St. George of Neapolis, a late 18th century martyr. The icon depicts a procession of bishops, clergy and worshippers leaving the ancient Christian province of Cappadocia. They carry the remains of the martyr-saint, and they form a long line that stretches out symbolically to Greece where they seek refuge from Ottoman persecution. Along the way, parishioners have dropped possessions — food, tools, pots — as they leave everything behind.

“They didn’t have many goods. They just had faith,” Fr. Eleftherios said. “History is repeated. Crisis then, crisis now.”

Fr. Eleftherios isn’t the only one who sees parallels between the icon on his wall and the living conditions in Greece today. In an interview earlier this month, he tells the story of one businessman in his parish in Neapolis, a community situated in the vast conurbation attached to Thessaloniki. The businessman paid for expensive ornamental decorations for an exhibit of the relics of St. George. That was before Greece’s economy imploded.

“With the crisis, he lost everything,” the priest said. “He then received food from the church. He lost his house to the bank. But now he is starting his old construction business again on a smaller scale.”

Others despaired of a recovery. “Every day we meet people,” said Fr. Eleftherios. “Some in work and business, who have had a good life, who once were high up and now have hit the floor. We see family drama, suicide, a lot of poverty — some had everything and now nothing and some are even now in prison.”

Walking around Thessaloniki or Athens today, one might not see the effects of the crisis that lie behind the scenes. These great cities have an almost normal air about them. People throng the streets headed to work or to shop and the roads are as always chaotic with Greece’s famously aggressive drivers.

With the Greek welfare state on the skids, the Church has stepped up. St. George in Neapolis is one of many parishes with ministries to help those hit by the economic crisis, still struggling six years later. The parish feeds 200 people daily from its basement kitchen.

With negotiations between Greece and its “troika” creditors dragging out like a soap opera with no ending, the economic indicators aren’t providing much cause for optimism. According to Standard & Poor, as of 2014 Greece’s GDP has shrunk to 75% what it was in 2009. The country’s current debt-to-GDP ratio, The Economist reports, “after two bail-outs stands at 180% of GDP.”

Dimosthenis Kouskoukis, a Ph.D. candidate researching the finances of the Orthodox Church in Greece, the established church in this nation, estimated that the number of people fed daily by parish soup kitchens and other ministries has increased from approximately 6,000 in 2009 to 16,000 as of 2014.

In Thessaloniki, the St. George parish has become not only a soup kitchen, but a job service and all around private aid society.

Fr. Eleftherios related several examples in which helping one person has also benefitted others.

“We helped one young man get a job part time. He came back thankful and asked how he could help the Church. I found a way to help him feel beautiful. I will remember that the rest of my life.”

In his parish, Fr. Eleftherios also gives people work cooking in the kitchen or restoring icons in the church.

“We helped others go to school,” he continued, “and they remembered the help the Church gave them and came back and asked how they could give back.”

Fr. Eleftherios’s ministry flows necessarily from his faith. “When a person is poor and has nothing and his kids have no food — in order to approach him, you must first give him something to eat to reach his heart.”

“We can’t say that we are reconciled with God when we have enmity with our fellow man, because love is both vertical and horizontal. God and man, and man and man, makes the cross, crucified love from the cross of Christ. Love is not easy. It has sacrifice and pain.”

At another parish in Thessaloniki, Fr. Spyridon offered a similar sentiment. “Each personal situation is different,” he said. “Thank God people are trusting us priests. If they can see in us not a holy person but a real person, with a stomach to feed, taxes to pay, then they can relate.”

Seated at a table in the Panagia Acheiropoietos parish meeting hall, where he teaches a Bible study every Thursday night for foreign students, Fr. Spyridon emphasized that he spoke only from his own personal experience. He recalled how the crisis had changed his views regarding money and business: “There were many years in the history of Greece when there was confusion regarding body and soul. We took donations but we were against any kind of business. Money was black.”

At that time, the clergy believed that “it was faith that should absorb your interest and not these secondary things, and we were wrong.”

Both priests emphasized the spiritual nature of the crisis and that the spiritual and material aspects of life could not be set against one another without harm.

“There are not good things or bad things from the very beginning — we use things or misuse things,” said Fr. Spyridon. “The idea of making money is not to be demonized. But we must determine the crucial moments of life. Prayer and the ecclesiastical life — the sacraments — help a man see when he has gotten on the wrong road.”

The priest said the only cure for Greece’s crisis is for its people to deepen repentance.

“According to Orthodox spirituality, Jesus Christ is the only person free from crisis,” Fr. Spyridon said. “The more we grow closer to Jesus Christ, the farther we will go out of crisis.”

When asked what others who hear their stories could do for them, both priests emphasized that spiritual help should take precedence.

“Whoever wants to help us, let him give us his prayer,” said Fr. Spyridon.

Standing on the steps of St. George, Fr. Eleftherios added, almost as an afterthought, that his parish would of course gratefully welcome any material help anyone could give. 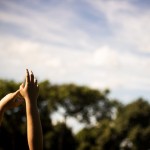 September 14, 2015 Psalm 19: What Is Human Flourishing?
Recent Comments
0 | Leave a Comment
Browse Our Archives
get the latest from
Best of Patheos
Sign up for our newsletter
POPULAR AT PATHEOS Faith and Work
1

The Proper Response to Being Too...
(re)integrate
Related posts from Oikonomia