Living in the Mystery of Kingdom Stewardship 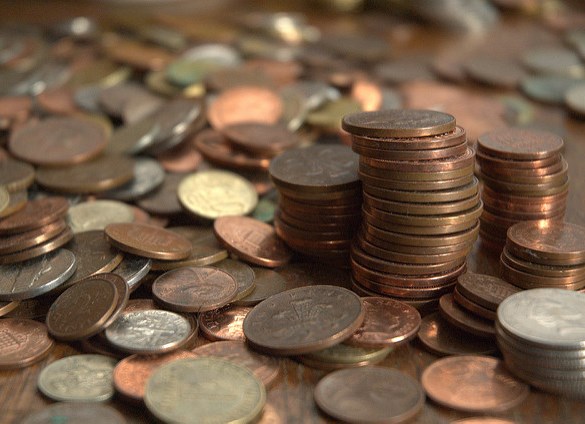 When it comes to economic stewardship, Christians are called to a frame of mind distinct from the world around us.

Though we, like anyone, will sow and bear fruit, ours is an approach driven less by ownership than by partnership, a collaboration with a source of provision before and beyond ourselves. This alters how we create, manage, and invest as individuals. But it mustn’t end there, transforming our churches, businesses, and institutions, from the bottom up and down again.

In some helpful reflections from the inner workings of his own organization, Chris Horst, vice president of development for HOPE International(a Christian microfinance non-profit), opens up about the types of questions they wrestle with as a non-profit. Through it, he demonstrates the type of attentiveness we were meant to wield across all spheres of society.

Asked by a donor whether HOPE had any “unmet needs for 2015,” Chris explains how he quickly responded by sending a range of giving recommendations to his boss (for feedback). As his boss quickly reminded him, the more direct answer to the donor would be that HOPE had indeed met all of its 2015 targets.

Chris notes how uncomfortable it made him to provide an answer that didn’t prod funds straight to their organization and priorities. “Every nonprofit impulse within me bristled at the prospect of acknowledging that to [the donor].” As a vice president of development, who could blame him? The question began to haunt him: “For nonprofits, is there ever such a thing as enough?”

We aren’t content to plateau. We’ve worked really hard and grown really quickly. But at the end of this year, we’ve met our fundraising targets.

But, every nonprofit impulse within me bristled at the prospect of acknowledging that to [the donor]. Of opening the door for him to potentially decide to give that $15,000 to another organization. 2016 will be a new year, I thought. Low oil prices could mean some HOPE donors won’t have as much to give. Increased interest rates could stagnate the economy. Our 2016 budget will be higher than our 2015 budget. How will we ever raise next year’s budget?

All these thoughts, though, were dancing around Dan’s question. His question wasn’t whether or not HOPE was a good place to donate his money. He and his wife already believed deeply in our mission. The question was whether we had unmet needs during the last few weeks of 2015. We don’t.

The temptation to simply defer to the mission is real, particularly a mission given by God. Why wouldn’t we simply fight for and preserve a specific cause or task or challenge we feel called to?

Because we are not only to be concerned only with our own stewardship, but that of the kingdom. God puts certain tasks and objectives and organizations in our hands, to be sure, but that is not where the hand-off ends, with human agency as the blind driver from there on forward.

The answer(s)? Prayer, discernment, attentiveness, obedience, and transparency with our brothers and sisters.

There were surely plenty of needs HOPE had for the coming year, discovered (as Chris notes) through much prayer and discernment. Yet this particular donor was also diligently and prayerfully working through his own stewardship process, weighing and discerning specific information along the way. If we are all working for the kingdom, we should be comfortable with enabling and equipping and following God’s prompting for the rest.

The response they eventually provided ended up noting that the year’s goals were met, providing other options for the coming year. Simple…but not.

It might be tempting to shrug this off as a minor quibble in the grand scheme of things. And alas, this is far too often our response. “What does it matter as long as the money is going to a good cause?”

If more Christians treated simple questions like this with the significance and weight they deserve, how much healthier and impactful could we be, and not just as churches and non-profits? Today, the question might be “is there ever enough?” And tomorrow, the question will be different. We should expect them, pursue them, and be prepared to answer.

Most likely, our day-to-day discernment and decision-making will appear rather routine and mundane — explainable and understandable by “earthly standards.” But if we are stewarding obediently and faithfully, we should anticipate moments of surprise and challenge, whether sparked by a clear Biblical principle, a broad kingdom perspective, or just a still, small prompt from the Holy Spirit. When that comes, will we be listening?

The Gospel provides the inspiration and imagination to stretch us far beyond our self-interest — individual, organizational, or otherwise — prodding us closer with every stride to the heart of God and the mystery of his will. The ways of the Kingdom of God will confound the ways of man all along the way, and uncomfortable and challenging though it may be, God has so, so much in store.

February 23, 2016
What Christians Should Know About Crony Capitalism
Next Post

March 2, 2016 3 Lessons on Social Institutions from the Chan Zuckerberg Initiative
Recent Comments
0 | Leave a Comment
"Need an industrial appraisal company? Masterequipmentappraisers.com Industrial Auctions has experience in buying and selling of ..."
Equity Web Solutions Charles Koch’s Metaphysics of Business
"Well, I don;'t see God coming down and having a little talk with the high ..."
Medalcollector Is God Opposed to Christians Making ..."
"What a lousy article. It is amazing how the owners of this website allow this ..."
Medalcollector The 6 Elves of Capitalism
"What love? Certainly not for the human race when you look at unregulated capitalism, slavery, ..."
Medalcollector Why Capitalism Is Really About Love
Browse Our Archives
Related posts from Oikonomia