The Moral and Economic Poverty of the Lottery 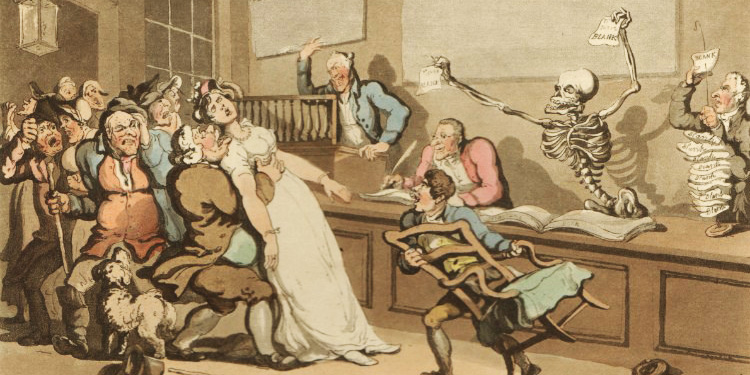 The nationwide furor has died down a bit after the $1.586 billion Powerball lottery jackpot was split three ways last January. Future jackpots may seem rather paltry after the record-setting prize, but the allure of life-changing money will continue to attract players from around the country. While lottery commissions promote their schemes as good for the public as well as the individual players, lotteries are actually mechanisms to impoverish, both morally and economically, the populace. Far from a force for good, lotteries are a danger to society.

Let’s consider in turn what each of the parties involved in lotteries like the Powerball win and lose in the process. Lottery commissions and media outlets make sure that the most visible people are the winners themselves. It’s obvious what they get out of the deal: boatloads of cash. And while very few if any one of us would turn down the offer of such vast sums of money, the consequences of winning the lottery are often tragic. Given the large windfall tax rate and complex tax implications of lottery winnings, the jackpots often end up being much smaller than advertised. And whatever the amount of cash won, about 70 percent of winners have nothing left of the original winnings after 5 years. There are diverse reasons for this, but the reality is that even if you win the lottery, often you lose.

The fates of jackpot winners may often be negative, but that’s a risk that most of us would be willing to take. The vast majority of lottery players don’t win the big prizes, of course, and many of us might be tempted to think that what such players lose is of little significance. After all, a few dollars here or there in pursuit of even a miniscule chance to win millions and millions of dollars is understandable, if not entirely rational. You can’t win if you don’t play, many people reason, and so, especially when jackpots reach into the hundreds of millions, people line up to get in on the action.

The government and lottery commissions provide additional incentive to justify gambling by pointing out all the good created by the proceeds from the games. In many states, the share of revenue that doesn’t go out to winners is designated to special funds, often education. In this way, the lottery is marketed as a win-win: a few win big, some win a little, most lose almost nothing, and we are all made better off by the additional funding that goes towards good causes like public education.

But there are two big elements missing from this easy narrative, and they involve the unseen winners and losers from the whole system. Those who play the lottery are predominantly poor, by a wide and shocking margin. The few dollars a year that a middle- or upper-class family might spend on lottery tickets for special Powerball drawings or stocking stuffers at Christmas is a sharp departure from the gaming experience of many poorer players. As one study has found, those in the lowest socioeconomic quintile are about one and a half times as likely (61 percent) than other groups (42-43 percent) to have played the lottery within the past year. And not only do the poor play more often, they spend much more as well. For households that make less than $10,000 per year, around 6 percent is typically spent on lotteries. As another study puts it, “Social scientists agree that there is an inverse relationship between socioeconomic position and lottery play. Low-income individuals spend a larger share of their incomes on lottery tickets than those with higher incomes.”

So if the losers in the lottery system actually lose quite big, and the winners don’t receive unmixed blessings, who are the real victors in the whole system? The answer is quite clear: government is the great winner from lottery schemes. Revenue from lotteries are supposed to fund government functions, and even if we assumed the general beneficence of government activity, the reality is that lotteries often do not result in measurably greater expenditures on the promised functions. Patrick Pierce, a professor of political science at St. Mary’s College in Indiana, summarizes some of his findings concerning gambling in America: “We found that states with education lotteries came to spend less on education than they would have spent if they had not adopted the education lottery.” Money is fungible, which means that with dedicated proceeds from lotteries going to educational funds, more money can be diverted from the general fund to other legislative priorities.

The moral problems with lotteries are closely connected to these economic problems. Under lottery regimes, money flows from the poor to the rich and from the people to the government. And not only does the government come more and more to dominate people economically as a result of such gambling monopolies, it promotes a culture of speculation and spendthrift that generates further dependencies and corruption.

The political philosopher Edmund Burke (1729-1797) detected great danger in government promotion of gambling. From isolated games of chance and even lottery syndicates, Burke advised, could come a broader culture of speculation and fortune-seeking that would impoverish a nation. Speaking of France, whose legislators Burke recognized as “the very first who have founded a commonwealth upon gaming, and infused this spirit into it as its vital breath,” Burke wrote that “the great object in these politics is to metamorphose France from a great kingdom into one great play-table; to turn its inhabitants into a nation of gamesters; to make speculations as extensive as life; to mix it with all its concerns; and to divert the whole of the hopes and fears of the people from their useful channels, into the impulses, passions, and superstitions of those who live on chances.”

In such a system the rightful purpose of the law is turned upside down: where government is supposed to serve the people, under a commonwealth of gaming the people become the pawns of petty legislators. Thus, says Burke, the law “is itself debauched, so as to reverse its nature and policy, and expressly to force the subject to this destructive table, by bringing the spirit and symbols of gaming into the minutest matters, and engaging every body in it, and in every thing, a more dreadful epidemic distemper of that kind is spread than yet has appeared in the world.” Where governments not only tolerate but actually promote gambling as a public good, the ruin of a society must soon follow as the character of the people degenerates and social institutions crumble. Burke links the promotion of gambling, including lotteries, to broader defects of financial speculation and monetary instability, in which case, warns Burke, “Industry must wither away. Oeconomy must be driven from your country. Careful provision will have no existence.”

Burke’s warnings to France about the dangers of a nation founded “upon gaming” are justly applicable to the United States today. We would thus do well to recognize the moral and economic dangers of lotteries and other forms of government-promoted gambling. The only sure way to win, it turns out, is not to play at all.

Image: “The Lottery Office” from “The English Dance of Death” by Thomas Rowlandson 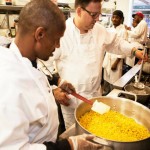 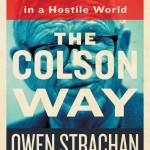 February 18, 2016 Kuyper’s Impact on Chuck Colson
Recent Comments
0 | Leave a Comment
"Need an industrial appraisal company? Masterequipmentappraisers.com Industrial Auctions has experience in buying and selling of ..."
Equity Web Solutions Charles Koch’s Metaphysics of Business
"Well, I don;'t see God coming down and having a little talk with the high ..."
Medalcollector Is God Opposed to Christians Making ..."
"What a lousy article. It is amazing how the owners of this website allow this ..."
Medalcollector The 6 Elves of Capitalism
"What love? Certainly not for the human race when you look at unregulated capitalism, slavery, ..."
Medalcollector Why Capitalism Is Really About Love
Browse Our Archives
Related posts from Oikonomia