Creating Value for the Glory of God

The real estate crisis led to plenty of finger-pointing and blame-shifting, but for Phoenix real estate developer Walter Crutchfield, it led to self-examination and spiritual reflection.

“The real estate crash brought me to a place of stepping back and evaluating,” Crutchfield says. “I could see where I lost sight of the individual intrinsic value of work, of individuals, of community…Rather than asking ‘is the demand reasonable?,’ we just serviced it, and now we had a chance to think about what we had done.”

In a marvelous video from Nathan Clarke , Crutchfield shares his journey from seeing work as aimless toil to being driven by the prospect of value creation:

Crutchfield concludes that work “pleases God,” and that through its fundamental function of serving others, it “declares the glory of God…just because it is.” For Crutchfield, this basic realization transformed his entire approach to doing business, leading him to focus on creating “real value,” rather than simply going through the motions.

Lester DeKoster makes a similar connection between work, service, and worship, noting that “work gives meaning to life because it is the form in which we make ourselves useful to others,” and thus, to the Lord. “God himself chooses to be served through the work that serves others.”

Purchase DeKoster’s Work: The Meaning of Your Life. 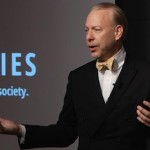 March 4, 2016
Why Capitalism Is Really About Love
Next Post 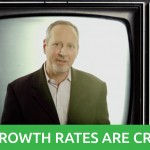