When Generosity Transforms a Community 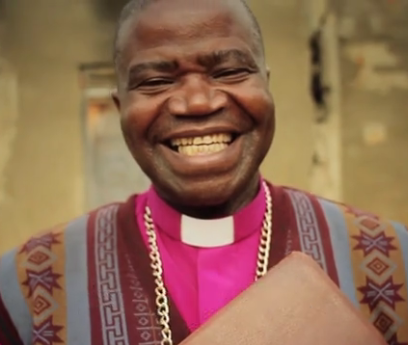 Bishop Hannington longed to see an awakening toward generosity in his town of Bundibugyo, Uganda, where many viewed giving more as a matter of duty than heartfelt joy.

Yet what at first seemed like a significant challenge soon grew even steeper. After fleeing their town for two years due to the chaos of civil war, the community returned to Bundibugyo to find their homes completely destroyed.

“The houses had been torn down, the farms had nothing in them, churches had been demolished, schools had been devastated,” Hannington says. “So we started from scratch.”

With no money, shelter, aid, or resources, the people didn’t know what to do, and surely the temptation to look inward and “keep what’s theirs” or “protect their own” pulled stronger than ever. But then Hannington remembered: They did indeed have resources.

Rather than turn to the West or others outside their community for aid and assistance, Hannington encouraged his neighbors to look inside their own hearts and hands. God had already given them what they needed, and that, too, was meant to be poured out yet again.

Hannington encouraged them to connect and apply their God-given gifts to the God-designed spheres of culture and creation that surrounded them:

I asked, “How soon can my people raise to the challenge of funding, not only their immediate needs, but their futures as well. I told the people at that time that God has given us everything we need to rebuild our community. And what he needed was for others to make themselves available to him and he was going to use us. And those of us who are mechanics, and those of us who are business people, they can use their gifts and trade they have to build their community.

Slowly and steadily, transformation happened. Churches and schools were rebuilt, generosity continued to spread, skills and resources were shared and invested, wealth was created, and the community began to revive.

It’s a powerful example of how transformational our stewardship can be when it’s rooted not in our narrow plans for self-interest and self-preservation, but in the divine generosity of a heavenly father who so loved the world that he gave.

If war and destruction could not stop the servanthood and generosity of Bundibugyo, what’s stopping us? 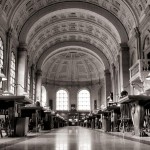 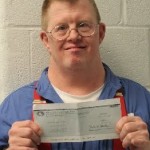 April 7, 2016 The Disabled Deserve the Dignity of Work
Recent Comments
0 | Leave a Comment
"Need an industrial appraisal company? Masterequipmentappraisers.com Industrial Auctions has experience in buying and selling of ..."
Equity Web Solutions Charles Koch’s Metaphysics of Business
"Well, I don;'t see God coming down and having a little talk with the high ..."
Medalcollector Is God Opposed to Christians Making ..."
"What a lousy article. It is amazing how the owners of this website allow this ..."
Medalcollector The 6 Elves of Capitalism
"What love? Certainly not for the human race when you look at unregulated capitalism, slavery, ..."
Medalcollector Why Capitalism Is Really About Love
Browse Our Archives
get the latest from
Best of Patheos
Sign up for our newsletter
POPULAR AT PATHEOS Faith and Work
1