This Mayor Helped the Homeless By Giving Them Jobs

This Mayor Helped the Homeless By Giving Them Jobs October 10, 2016 Acton Institute 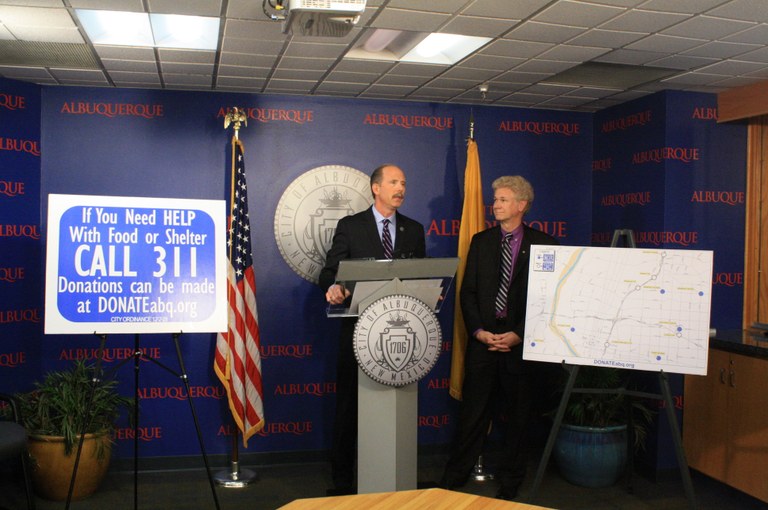 The scene can be found in almost every major U.S. city: a panhandler stands on a street corner holding a sign saying, “Need a job.” But one U.S. mayor decided to try something different — by taking them up on the offer and give the person a job.

One year ago Berry started a campaign to curb panhandling, called There’s a Better Way. The goal of the campaign is to give panhandlers a chance at a change in life and provide caring members of our community with a better way to donate their money.

“When I’m out in the community, I’m frequently asked about the rise in panhandling and people are concerned,” said Richard Berry, mayor of Albuquerque, New Mexico. “People give money because they are compassionate, but don’t have the benefit of certainty to know where that money is going.”

According to the Washington Post, a key part of the program is hiring panhandlers for day jobs beautifying the city:

In partnership with a local nonprofit that serves the homeless population, a van is dispatched around the city to pick up panhandlers who are interested in working. The job pays $9 an hour, which is above minimum wage, and provides a lunch. At the end of the shift, the participants are offered overnight shelter as needed.

In less than a year since its start, the program has given out 932 jobs clearing 69,601 pounds of litter and weeds from 196 city blocks. And more than 100 people have been connected to permanent employment.

“You can just see the spiral they’ve been on to end up on the corner. Sometimes it takes a little catalyst in their lives to stop the downward spiral, to let them catch their breath, and it’s remarkable,” Berry said in an interview. ”They’ve had the dignity of work for a day; someone believed in them today.”

Several scholars and activists who focus on poverty have praised the program, notes Israel Ortega of Opportunity Lives. Dr. Bob Woodson, founder and president of the Center for Neighborhood Enterprise, an organization dedicated to helping community and faith based organizations transform lives, schools and troubled neighborhoods, told Opportunity Lives, the mayor’s plan sounds promising because “it is not promoting charity, but instead creating the opportunity to work.”

That’s important, Woodson added, because “it’s a really good way to determine which people are truly homeless because they lack some form of character deficit preventing them from working and contributing to society.”

Dozens of cities around the country have reached out to Berry wanting to copy the program, says the Washington Post. “It’s helping hundreds of people,” says Berry, “and our city is more beautiful than ever.”

October 4, 2016
‘None of This Is Mine’: Alton Brown on Stewardship
Next Post

October 19, 2016 Lessons on Work as Service from a Hotel Housekeeper
Recent Comments
0 | Leave a Comment
"Need an industrial appraisal company? Masterequipmentappraisers.com Industrial Auctions has experience in buying and selling of ..."
Equity Web Solutions Charles Koch’s Metaphysics of Business
"Well, I don;'t see God coming down and having a little talk with the high ..."
Medalcollector Is God Opposed to Christians Making ..."
"What a lousy article. It is amazing how the owners of this website allow this ..."
Medalcollector The 6 Elves of Capitalism
"What love? Certainly not for the human race when you look at unregulated capitalism, slavery, ..."
Medalcollector Why Capitalism Is Really About Love
Browse Our Archives
get the latest from
Best of Patheos
Sign up for our newsletter
POPULAR AT PATHEOS Faith and Work
1 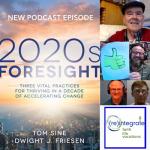 Are You Prepared for the Accelerated Change of...
﻿ Listen to the podcast on your favorite app: Or watch it...