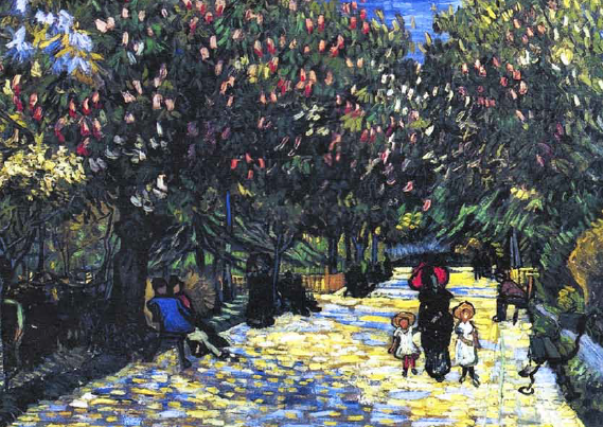 In a special report and symposium for the Washington Times, the Institute for Faith, Work, and Economics has organized an array of diverse perspectives on economic freedom, human flourishing, and the church.

Authors include familiar Acton voices and partners such as Michael Novak, John Stonestreet, Christopher Brooks, Jay Richards and Ismael Hernandez, as well as leading figures such as Senator Tim Scott, Arthur Brooks, and Dr. Albert Mohler. The report also includes Acton’s very own Rev. Robert Sirico and Trey Dimsdale, each sharing their own vision of economic flourishing in the free and virtuous society.

Sirico explains the importance of preserving economic liberty and the “institutions of liberty” in our efforts to maintain a just and peaceful society:

My radical friends and I back in 1970s California spoke often of justice. But surely it is not merely justice that any of us seek in society or in our lives. Justice — treating people as they deserve to be treated — is a fundamental civil and moral requirement. But by itself, it is a meager necessity.  What we really want is a society that is just, yes, but also one that is suffused with charity and mercy — virtues that no legislature can produce or enact, virtues that can raise up armies of men and women who are prepared to go out and tend the vulnerable at great personal sacrifice…

If justice and mercy are to thrive in our society, I understand now we need to protect the institutions of liberty — “the delicate fruit of a mature civilization,” as the Victorian statesman and historian Lord Acton called it. We must work strenuously to safeguard the liberty that our security and prosperity depend on.

Dimsdale explains how the primary solution to global poverty is the expansion of economic freedom and opportunity, not mere material distribution:

Economic freedom is what the poor need. They need the social and economic infrastructure to become creators — creators of culture, business, wealth and jobs. They need societies in which no man, by virtue of birth or power, is above the law. They need private property and the legal infrastructure to protect it. They need access to the currents of global trade. They need these things because only the development of local economics can lift the poor out of poverty. Government-to government aid can’t do that. A pair of free shoes, a bag of rice or shirts imprinted with the logo of last year’s football champions can’t do that either. In fact, all of these things represent the well meaning but misguided attempts to ease poverty. In reality, these things simply create dependency.

It is not that material aid is never appropriate. But material aid is the solution to a social problem distinct from poverty… If you truly desire to help the poor, be a voice for them and demand the economic liberty that is a necessary precondition for them to fulfill their own natural vocation as image bearers who are free to enjoy the fruits of their own labor rather than subsist on the fruits of yours.

October 25, 2016
The Most Surprising Fact About Poverty in America
Next Post

November 8, 2016 Help People, Not Banks: Reflections on the 2016 Nobel Prize in Economics
Recent Comments
0 | Leave a Comment
"Need an industrial appraisal company? Masterequipmentappraisers.com Industrial Auctions has experience in buying and selling of ..."
Equity Web Solutions Charles Koch’s Metaphysics of Business
"Well, I don;'t see God coming down and having a little talk with the high ..."
Medalcollector Is God Opposed to Christians Making ..."
"What a lousy article. It is amazing how the owners of this website allow this ..."
Medalcollector The 6 Elves of Capitalism
"What love? Certainly not for the human race when you look at unregulated capitalism, slavery, ..."
Medalcollector Why Capitalism Is Really About Love
Browse Our Archives
get the latest from
Best of Patheos
Sign up for our newsletter
POPULAR AT PATHEOS Faith and Work
1

CRT Part 2: What is Critical...
(re)integrate
Related posts from Oikonomia