Over the next several days, I’ll be posting links to some of the in-depth Catholic news stories I wrote this year for Our Sunday Visitor.

In 2019, I wrote several articles on bishops’ accountability for their handling of the clergy sex abuse crises. I interviewed bishops on their plans to restore trust, especially if they followed in the heels of disgraced predecessors who resigned amidst allegations that they had mishandled abuse cases. I also spoke with lay Catholics who shared their frustrations and, in some cases, disillusionment with their shepherds.

In the footsteps of scandal

In this Sept. 13 Q&A, I profiled Bishop Mark Brennan of Wheeling-Charleston, West Virginia and the challenges he was facing following in the footsteps of Michael Bransfield, who resigned after being accused of misusing Church funds to support his lavish lifestyle and of sexually harassing priests and seminarians. Bishop Bransfield has denied those allegations.

“A lot of people are upset, understandably,” Bishop Brennan told me. “I can’t wave a magic wand to make the past go away. I think it’s just the day-to-day attempt to be faithful to my ministry as a bishop, that over time I hope people of goodwill see that and be encouraged that they can trust their Church.”

On Dec. 3, I again interviewed Bishop Brennan, this time on the “plan of amends” he was recommending for Bishop Bransfield. The headline-grabbing portion of the plan recommends that Bishop Bransfield, pay the diocese $792,638 for the Church funds he used to support his lifestyle that reportedly included stays at luxurious hotels, limousine rides and private jets.

“It couldn’t be a mere slap on the hand or the outcry, not just from West Virginia but around the country, would be very direct,” Bishop Brennan said in regards to the penalties.

Bishop Edward Scharfenberger of Albany, New York, also spoke with me in early December, a few days after he was appointed to be the apostolic administrator for the scandal-laden Diocese of Buffalo, where Bishop Richard Malone stepped down after months of pressure from local Catholics who called on him to step down for his mishandling of the crisis.

To his credit, Bishop Scharfenberger – who also goes by “Bishop Ed” – answered every question I posed to him, living up to the straight shooter reputation he has earned in his relatively short time as a bishop. “Actions speak louder than words,” he said. “And I think, first of all, that whatever it was that broke the trust, those patterns of actions have to stop. That’s the first thing that has to be addressed.”

Theodore McCarrick, the former cardinal-archbishop of Washington, was removed from the clerical state in mid-February, a stunning downfall for a man who was once one of the most high-profile and powerful churchmen in the United States. I wrote about the Vatican “defrocking” the former cardinal, interviewing several Church experts who were still shocked at the news.

“This is the nuclear option, if you will. Not only did he have to resign his position in the College of Cardinals, but also to have his ability to function as a common priest terminated, that’s a pretty radical thing,” said Father Steven M. Avella, a Marquette University history professor who studies the Catholic Church’s history in the United States.

Lists of the Accused Priests

In the months that followed the McCarrick revelations and the 2018 Pennsylvania Grand Jury report into clergy sex abuse in that state, several dioceses and some religious orders released lists of priests who they said were credibly accused of sexual abuse. But just how complete or accurate were those lists? I tried to answer that question in this piece.

“Is it good that these names are starting to come out? Yes, absolutely. But can we rely on these as being truthful and accurate, being that they come from the very institution that orchestrated the cover-up? Of course not,” said Mike Reck, an attorney with Jeff Anderson & Associates, a Minnesota law firm that has represented scores of clergy sex abuse survivors.

Speaking of the Pennsylvania Grand Jury Report, this past summer I interviewed Church leaders and lay Catholics in Pennsylvania to see how things were a year after the report’s release. In short, the Church has a long ways to go to restore trust.

“The intensity of the emotion that understandably came forth when the report was released has tapered off. But it’s a work in progress. There still is a great deal of healing that needs to come about,” said Bishop Lawrence T. Persico of Erie, Pennsylvania.

Just before Lent 2019 started, I wrote about how Diocese of Allentown was implementing a program, “Healing Our Church,” which is designed to aid healing in the Church by encouraging participants to share their feelings about the crisis, to embrace their role as members of Christ’s body, to discern and commit to concrete actions they can take.

“We’re all affected by this crisis. This gives everyone an opportunity now to talk about this,” said Mary Fran Hartigan, the secretary for Catholic Life and Evangelization in the Diocese of Allentown.

Put to the test

On June 12, the U.S. Conference of Catholic Bishops voted to authorize the implementation of a process that will allow people to file complaints against bishops. That vote took place a little more than a month after Pope Francis promulgated his motu proprio, Vos Estis Lux Mundi (“You are the Light of the World”), which requires the establishment of new procedural norms for investigating crimes by bishops, including allegations of sex abuse and cover-ups.

In August, I wrote about the New England Catholic bishops rolling out a third-party, independent system for reporting misconduct and sexual abuse by bishops. A month later, I wrote about how quickly the new norms were being to the test, highlighting cases in Minnesota, New York and Wyoming. 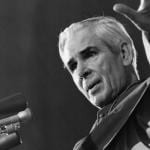 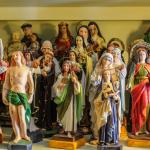 December 29, 2019 What Is A Saint?
Recent Comments
0 | Leave a Comment
Browse Our Archives
Related posts from On the Catholic Beat