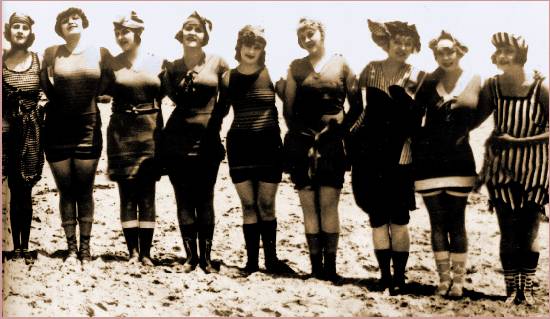 OSLO: The Church of Norway has forced a priest to resign from a panel set to judge bikini-clad women competing to be the country’s Miss Universe contestant.

Einar Gelius, an Oslo Lutheran vicar, has said it was his right to do as he wished during his spare time, but church members said …

Over at Open Book a discussion is going on about modern Catholic hymns. Most are musically poor, which is not my concern at the moment.

Another issue has arisen. Some very popular and ever-present hymns were written by highly dubious characters. “Here I Am” by someone who seems to have a homosexual partner, and “Lord, You Have Come” by Robert Trupia, a priest who was defrocked for pedophilia. Trupia liked to work double entendres into his hymns.

Someone brought up Eric Gill, the Catholic artist who was into incest and bestiality …

“Lured off the beaten path by promises of carnal pleasures, they find their way to a hedonistic hostel in Slovakia, where they fall easy prey to a pair of temptresses and wind up in a chamber of horrors where wealthy sadists pay top dollar for the most depraved thrills …”

Okay, sorry for veering into GetMovies territory there, but I had to get it out.

Finally, this from a Houston Pastor …

“The reason the outside of the iPod is so simple to use and so beautiful to look at is because of the way they designed the inside of the iPod,” Metropolitan Baptist Church Pastor Sal Sberna told his congregation Sunday during his second of four sermons on “iPod Theology.”

January 19, 2006 Humanize God, Deify Man?
Recent Comments
0 | Leave a Comment
Browse Our Archives
get the latest from
Eastern Orthodox
Sign up for our newsletter
Related posts from Orthodixie

A 10-Point Guide to Finding God’s Hiding Place
What if the higher power most of us know as God was...
view all Eastern Orthodox blogs
What Are Your Thoughts?leave a comment
Copyright 2008-2021, Patheos. All rights reserved.