Dance With the Demon What Brung Ya?

Dance With the Demon What Brung Ya? January 8, 2007 Fr. Joseph Huneycutt 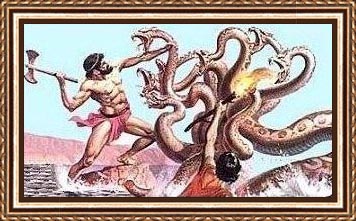 A while back, commenting on the sad state of The Artist Formerly Known as Fantastic, I wrote:

I believe it’s possible to take one’s struggles and temptations and turn them into a craft: poetry, prose, lyrics and art. The muse might possess a bit of madness but, as long as the madness is wrestled with, art is born.

Yet, in a fallen world, the madness itself may become the quest. Instead of the hound that drives a man toward greatness, it becomes the sole possession of a man blinded by self.

Ooo…madness becomes the quest. Can you expand on the next sentence a bit? The part about the hound…

It seems to me that many “creatives” exorcise their demons, so to speak, by creating. Once you embrace the demon, (again) so to speak, then the creativity is lost and you and your art are the worse for it.

In other words, would that Sir Elton continued to struggle metaphorically and poetically rather than polemically and politically.

Or, as another blogger wrote: “Shut up and sing!”

More on The Hound.

For what it’s worth, a further thought …

Creatives are always tempted by escape: drink, drugs, food, sex, crime, sloth, etc. That’s because the muse can lie. But, when we dance and do not consummate, metaphorically speaking, we can create. Art mirrors Creation. It is a reflection born from the continual dance; whereas “consummation” brings death. There has to be a healthy medium — a certain tension, an expression of continual inner struggle — for art to be made manifest.

Or, in much the same vein, in “spiritual terms” …

In accordance with divine providence, the devil was not sent at once to the Gehenna assigned to him, but his sentence was postponed in order to let him test and try man’s free will. In this way, he unintentionally fosters greater maturity and righteousness in the saints by promoting their patient endurance, and so is the cause of their greater glory; and, at the same time, through his malevolence and his scheming against the saints he justifies more fully his own punishment.

All this is to repeat: The struggle is good.