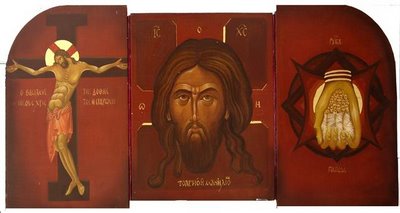 There will be no reforms in the Russian Orthodox Church when a new Patriarch takes office, Patriarchal Locum Tenens Metropolitan Kirill told the media in Moscow on Monday.

“I strongly oppose any church reforms. Besides, I do not think that any of the 145 archbishops that may be nominated for Patriarch have reform aspirations,” he said.

“The first lesson we learned was the church split by Old Believers. Our second lesson was the notorious innovations of the 1920s. Both processes caused agitation and divided people but neither of them reached the goals set by the reformers,” he told.

“Our Church is strong with its ability to preserve the belief and the flawless moral paradigm and to pass them over from one generation to another,” the Metropolitan said.

“The Church is conservative by nature, as it maintains the apostolic belief,” he added.

“If we want to pass the belief from one generation to another for centuries, the belief must be intact. Any reform damaging the belief, traditions and values is called heresy,” he said.

Meanwhile, secular reforms that undermine traditions of “theological and moral values” are dangerous for the country, Metropolitan Kirill said.

“Life has shown that Russia accepts ideas that do not break its backbone. People rejected everything suggested in the 1990s as kind of an intellectual project,” he said.

January 8, 2009 Are You Ortholackadaisical?
Recent Comments
0 | Leave a Comment
Browse Our Archives
get the latest from
Eastern Orthodox
Sign up for our newsletter
Related posts from Orthodixie

A 10-Point Guide to Finding God’s Hiding Place
What if the higher power most of us know as God was...
view all Eastern Orthodox blogs
What Are Your Thoughts?leave a comment
Copyright 2008-2021, Patheos. All rights reserved.