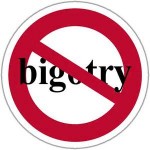 Well its time, once again, for the ugly face of bigotry to emerge in the form of Trans Exclusive Radical Feminists (TERF). This time they have concocted a scheme to fill the shelves of new age, metaphysical and witchy bookstores with an entire volume focused on attacking the rights of the Transgender community.

Ruth Barrett, has established a fundraising site seeking more than $20,000 in support for her manifesto of hate. Obviously, the larger community, including myself, has reacted with derision, disgust and considerable nausea as TERF’s seek to paint the Goddess community as bigoted and intolerant.

Step in, one of Ruth’s supporters who has committed to “come out of retirement” to attack and “expose” the activists who dare to speak up for the transgender community. Their list of those to attack includes myself, David Salisbury, Devin Hunter, Deirdre Herbert and others.

Let me be clear, the principle of free speech demands that we all support Ruth’s right to publish whatever she wants. That being said, our collective right to free speech also enables us to oppose this project, organize protests at book stores who intend on stocking the book and manifest boycotts of stores that support hate speech.

No it’s not a personal attack; as Ruth has a habit of framing it. Frankly I could care less if stores carry her music or hand crafted items. What I do care about is opposing hate speech.

The last time this ugly face of bigotry reared its head in the community it caused quite a bit of drama, A number of nationally known and well meaning Feminists stepped forward and re framed it as a “women’s issue”. There hope was to make erodes in educating Ruth and her followers. Let me be clear, when people step forward to marginalize anyone in the transgender community; everyone in the community suffers. Transgender men, women and those who are gender non-conforming are all victims of this kind of speech.

This is an issue of outright bigotry and hate speech, our community, everyone one of us, have a moral obligation to not suffer this insult to our reputation of being an open and affirming community.

It is my intent to begin building a list of book stores nationwide that carry New Age, Feminist or witchy merchandise and well educate them on the financial risks they take if they choose to support hate speech by stocking this anthology.

To all the TERF’s, we will not again tolerate personal attacks, attempts to get activists fired from their jobs, and exposure of personal information as a tactic of intimidation. You went to far last time and this time the full weight of justice will befall you if you seek to harm our blessed activists.

May love prevail, may our collective role as warriors be grounded in compassion, social justice and inclusivity. Surly, we will not yield in our service to the blessed community and the Goddess! 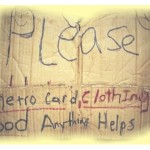 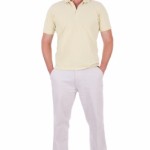 June 13, 2016 CALLING OUT UNCLE BOB A Note to Other Straight People
Recent Comments
0 | Leave a Comment
Browse Our Archives
get the latest from
Pagan
Sign up for our newsletter
POPULAR AT PATHEOS Pagan
1

How Do I Know If A...
John Beckett
Related posts from Pagan In Paradise