Alt-Right, Dragging Liberals into the Fight

This is so hard to explain without triggering people’s instincts to run to the center and find a place of emotional comfort. For years, Progressives have been warning of the emerging threat of Fascism in America. Most of us are well aware of the look of exasperation on the faces of liberals when we sound this alarm; we are met with a polite roll of the eyes and an internal thought process that assigns our concerns under the heading hyperbolic speech.

Liberals, entrenched in a system that values our democratic system, find themselves unable to seriously consider a viewpoint that inevitably leads to the conclusion that the establishment is ill equipped to prevent the emergence of fascism within our boarders. Liberal thinkers cling to the idea that a capitalist country such as ours is immune to the emergence of hate as a central motivator of our government.

Of course, students of history know well that rampant unrestrained capitalism is fertile soil for germinating the seeds of hate and oppression. For years, Americans have witnessed major attacks on our nation by white nationalists and written them off as “lone wolf” attacks instead of analyzing the ideological motivations of the attackers. This process has allowed a false sense of security among those on the left that leaves the masses believing that if we just keep giving symbolic support to the ideas of Equality and Social Justice everything will work out in the end.

Suddenly, with the election of 2016 people are waking up, seeking avenues to stop the madness that infects our national leadership. Millions are turning to liberal establishment organizations seeking a path to resistance. Unfortunately, this path only embraces the very establishment that manifested this mess in the first place. Democrats, for example, are very clear about the impermeable link between democratic policies and capitalism.

Suddenly people are starting to embrace concepts that have been loudly touted by progressives and antichrists for years. Sadly, the establishment left has begun to appropriate the language and concepts of revolutionary thought, and water it down to make it palatable to the masses. They do this to build momentum for restoring the neoliberal order that got us into this mess in the first place, not from a place of seeking profound change that will shift the focus of our nation towards a more ethical system of governance.

If people are alarmed at the emergence of the so called “alt-right” (also known as white supremacists) it is well past time to listen to the Progressives and Anarchists who predicted this happening in the first place. What liberals defined as hyperbole has manifested as fact, it’s time liberals joined the resistance rather than calling for a return to some mythical neo liberal nation that lead to this situation in the first place. 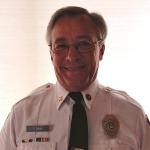 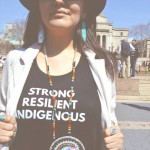 Pagan
Dakota Access, Drawing a Line in the Sand
Pagan In Paradise
TRENDING AT PATHEOS Pagan