Last month I attended a lecture and book reading by Nina Lyon, author of the new book Uprooted: On the Trail of the Green Man (reviewed here). During the lecture, she described talking about her eclectic, liberal form of nature-based spirituality to a friend, who said, “Oh, it’s like a sort of punk religion!”

I think that “punk religion” is a very good description for Paganism. Paganism is a religion of freedom, a religion that rebels against the traditions of many organised religions both by defying concepts like “idolatry” and “blasphemy,” and by letting its followers interpret Paganism however they see fit. As such, Pagans frequently see themselves as counter-cultural and non-mainstream, not only in their spirituality but in other aspects of their daily lives and views of the world.

There’s another reason why I think “punk religion” is an apt label for Paganism, and that is its long history of creativity. Like the Punk movement, which rejects cookie-cutter, factory-made materialism in fashion and music in favour of individual expression, Paganism seems to attract a lot of imaginative, artistic types. The majority of Pagans I know have some kind of creative hobby: Drawing, writing poetry and novels, singing, baking, and creating beautiful objects of art, to name but a few. But is there something inherently creative about Paganism as a religion?

Paganism’s involvement with the creative arts goes right back to the bards and poets who would tell the stories of the gods. Then there’s the Renaissance period, which was in many ways a revival of Paganism, if only in aesthetic form. Something would seem to link the Pagan gods with the arts. Indeed, the stories of the Pagan deities are most frequently presented as such – stories, rather than gospel.

I think that to be a Pagan, you need to have a degree of creativity and imagination. Unlike many other religions, which are based on texts giving instructions on to how to practise the religion and to live one’s life, Paganism has no holy book, no leaders, and no firm rules as to how one should be Pagan.

What’s more, a great deal of creativity is encouraged in rituals. Most practitioners of Paganism seem to agree that Pagans gain a lot spiritually by creating their own ritual, rather than copying one written by another word-for-word. Pagans may also write poetry or songs to perform during a ritual, and playing instruments such as a drum at ceremonies is not uncommon. This creativity extends to altars as well – although there is some guidance as to what is appropriate on a Pagan altar, Pagans tend to put a lot of imagination into their altar designs. I’m pretty certain I’m not the only Pagan who trawls the internet for interesting altar pictures to inspire me! And then of course there’s the tools, meals for the simple feast, incense, oils etc….all of these can be home-made and many books on Paganism come with instructions for making these.

Imagination and creativity is central to witchcraft as well. A key aspect of many forms of magic is visualisation – the act of seeing in your mind’s eye what you want to achieve. A Wiccan or other practitioner of magic may use visualisation throughout ritual: They may envision the energy they are summoning as something like light or electricity, or the elements embodied in the form of supernatural beings, or the presence of their deities in the Circle. For a magic worker, the barrier between the physical world and the world of the imagination is tenuous, or even illusionary.

Finally, for those many Pagans who try to live an environmentally-friendly lifestyle due to their beliefs, creativity is something of an essential. Trying to live a life that is low-carbon, low-waste, sustainable and fair trade requires a lot of thinking outside the box, forethought and imagination; you quickly find that practically every aspect of modern life is an ecological problem to be solved. Creative types may find they excel at being “Green” Pagans for this reason! It is for this creativity, as well as its rebelliousness, that we can consider Paganism to be the Punk Rock of religions. 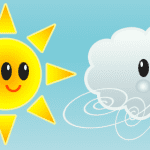 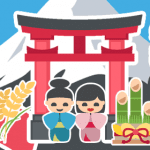