There are generally considered to be two main types of household altar or shrine in Japan.

One is the kamidana, a Shinto altar that enables communion with kami (deities). This is a little “spirit house,” often resembling a miniature jinja (Shinto place of worship), in which a charm instilled with the essence of the kami is kept.

The other type is the butsudan, a Buddhist shrine that honours ancestors and deceased relatives; death rites in Japan are more closely associated with Buddhism than with Shinto.

But aside from the kamidana and butsudan, there is a third type of feature that can be found in Japanese homes, tea houses, traditional inns and restaurants that could also be considered a kind of altar. This is the tokonoma. Literally meaning “floor-space,” the tokonoma is an alcove usually used to display artistic works like calligraphy or ikebana arrangements of flowers. Although these arts have links with Zen Buddhism, unlike the kamidana or butsudan, the tokonoma is not usually considered to be a religious feature as no active worship goes on there.

These characteristics have a lot in common with Neopagan altars, which also tend to be seasonal, creative and have some form of etiquette or ritual surrounding them. In fact, Western Pagan altars may have more in common with tokonoma than with kamidana or butsudan. Tokonoma demonstrate that it is certainly possible to create a kind of sacred space filled with beautiful objects from the world of art or nature, without a well-defined underlying religious belief, but simply to create a feeling of serenity and respect for the natural world. Humanistic Pagans, take note! 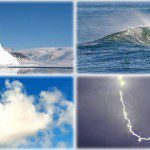 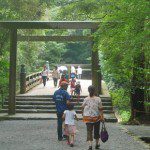 When Grief Comes 'Round on Cat...
A Modern Traditional Witch
Related posts from Pagan Tama