Is Shinto Truly a Religion for All?

In Japan’s Mie prefecture, there exists an enigmatic shrine. It is visited by 8.5 million pilgrims and sightseers every year, but its central building is hidden from the public. It was established over 2,000 years ago, yet its main structures are never any older than 20 years. It is perhaps the most sacred Shinto site of all, yet is currently surrounded by controversy. Welcome to Ise Jingu, also known as Ise Grand Shrine, where the G7 summit is currently taking place.

The Heart of Japanese Spirituality

There are two unique features of the Ise Jingu shrine complex that make it so significant. The first feature is the rite of Shikinen Sengū in which every 20 years, the main Naikū and Gekū shrines, together with the 100 metre long Uji bridge, are demolished and re-built again, representing Shinto’s emphasis on renewal and the cycle of life. Shikinen Sengū also has the practical purpose of ensuring the techniques of building the shrine are not forgotten by passing them from one generation to the next.

Secondly, Ise Jingu is believed to house one of the Three Sacred Treasures of Japan: A mirror said to have been brought to Earth by the ancestral kami (deity) of the imperial family. According to Shinto mythology, this mirror (called Yata no Kagami) was used to lure the sun goddess Amaterasu Ōmikami from the cave where she was hiding from the storm god. Ise Jingu is therefore primarily dedicated to Amaterasu, who is arguably the most important kami in the Shinto pantheon.

Knowing that Ise Jingu is such an important piece of Japanese religion, history and architecture, I made a point of visiting there. I have to admit that while it was a very worthwhile pilgrimage, I found myself a little disappointed. My favourite sacred places in Japan, such as Fushimi Inari Taisha (the main shrine to my patron deity Inari Ōkami), are wild and wonderful sanctuaries, set deep in mountain forests and filled with lots of little shrines, old moss-covered stoneware and offerings of candles and statues by pilgrims. But Ise Jingu was quite different. To me, everything felt very neat, precise, austere and somewhat unnatural. What’s more, I couldn’t even see the most important structures like Kotaijingu where the mirror is kept; such buildings are considered so sacred that they are kept hidden from the profane eyes of common folk by high fences.

It also struck me how much patriotism surrounds Ise Jingu. As I crossed the Uji bridge, I saw an enormous Japanese flag flying over the treetops. This does make sense; not only is Ise Jingu at the heart of Japan’s cultural heritage due to its links with the Imperial family, but the flag itself represents the Sun, Amaterasu herself.

It is this link with patriotism, and some would say nationalism, that has made some people uncomfortable recently. The presence of the shrine is precisely why the Japanese government selected Ise-shima as the site for the G7 summit and as a recent Guardian article highlights, this choice of location has attracted criticism:

“Abe and most members of his cabinet are members of the Shinto Seiji Renmei (Shinto Association of Spiritual Leadership), an influential lobbying group that counts more than 300 MPs among its members. The association has called for the removal of pacifist elements from Japan’s US-authored constitution – a key Abe policy goal – increased reverence for the emperor, and a state-sponsored ceremony to honour Japan’s war dead at Yasukuni, a controversial war shrine in Tokyo.”
– Justin McCurry, “G7 in Japan: concern over world leaders’ tour of nationalistic shrine,” The Guardian, 25th May 2016

Sophia University politics professor Koichi Nakano goes even further to condemn the Shinto religion itself as a kind of tribal ideology:

“Shinto is not a universal religion, and it’s inherently nationalistic. I already felt rather uncomfortable when Barack Obama was taken to Meiji Shrine last time he visited Japan, and it would be no less disturbing to see the G7 leaders being used to legitimise Shinto, given its reactionary and nationalistic positions on so many issues.”
– Koichi Nakano, quoted in “G7 in Japan: concern over world leaders’ tour of nationalistic shrine,”The Guardian, 25th May 2016

If Shinto cannot be universal religion, as Nakano claims, this is quite a blow for non-Japanese like me who follow it. But is it actually true that Shinto is not a form spirituality that can be practised by anyone regardless of race or nationality? 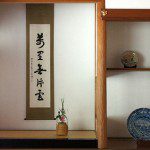 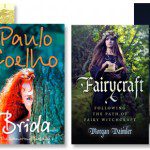