Lessons in Diversity from the Gods

There’s sometimes an assumption that diversity causes discord, a view that the more beliefs, cultures, opinions and ways of life exist in a society, the more likely it is that conflict will inevitably arise and that society will suffer as a result.

I have a problem with this.

I work in London, an incredibly diverse city indeed, and it’s awesome. Its diversity is its strength. Not only does diversity mean that we get a huge influx of new ideas and that we all naturally develop a certain level of intercultural competence that’s very handy for interacting with all kinds of people, but (perhaps more importantly), it’s interesting. It’s a place where you can find all kinds of rare and unusual food, art and entertainment, and that’s all down to the fact that London embraces difference and diversity. And by multiculturalism, I don’t simply mean multi-ethnic. I’m also talking about the cultural differences arising between people of different ages, social class, sexuality, and religion. You’ll find a small sample of almost every culture in London, and it works. It makes life better, and it makes life fun.

The fact is, I think most of us quite like diversity. That’s precisely why we don’t live in some kind of grey monoculture where there is order but no interest, like the Borg in Star Trek. In fact, monoculture could be considered an absence of culture, as culture is by its nature defined as how different groups of people live by different strategies.

Even the gods of the ancients embrace diversity.

Are they all the same, dwelling in some kind of uniform perfection? Not at all! I cannot think of a single pantheon that does not display a high level of diversity among its deities. Within the many gods of a particular polytheist tradition, you’ll find depictions of deities of different ages, genders, skin colours, marital statuses, personalities, moral values, body types, species and degrees of physical ability. Even a single deity can take a variety of forms; my own patron deity Inari Ōkami has variously appeared to people as an old man, a beautiful woman, a fox, a bird, a dragon, a snake and a ball of fire, among other things. There are even those who regard Inari as not one single deity, but a legion of several. No, the deities don’t always get on with each other – indeed they sometimes have fierce and bloody battles – but on the whole they work together, each contributing their own unique skills and ideas, to oversee and care for all aspects of creation. That, I believe, is an important message for all of us mortals.

As an exercise to show how distinctive and unique gods and goddesses within the same religion can be, see if you can guess which pantheons/religions these are, by the descriptions of how three of their various deities have been depicted by some writers and artists. The answers are on the second page! 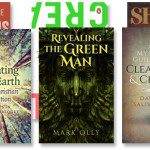 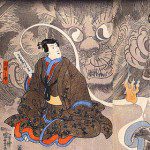 The Balancing Path: Productive Ways to Panic
What about when you can’t stop panicking, no matter how much you...

A Magickal Victory Garden
With needs being as they must now is a great time to...
view all Pagan blogs
What Are Your Thoughts?leave a comment
Copyright 2008-2020, Patheos. All rights reserved.