Do We Embody Our Gods?

When considering the relationship we have with our deities, I’ve been wondering to what extent we embody the deities we follow.

Some Pagans have a Pantheistic outlook, and they would say that the whole of the universe, including ourselves, can itself be understood as deity so of course we embody them. Some Wiccans also hold the view that the God and the Goddess are within us all.

But how about Pagans such as myself who have a particular deity to whom they are particularly drawn or focus their worship? Because I consider my patron deity to be Inari Ōkami, does this mean that I, to some extent, embody Inari?

I think this about other Pagans I know who have patron deities. Do my friends who venerate Lilith represent an aspect of Lilith herself? Is this reflected in their personality and demeanour? My Pagan friends do in fact seem to have traits that in part reflect the traits of the God or Goddess they follow. Many of my friends who follow a form of Great Mother Goddess are gentle and maternal, which seems appropriate enough! Similarly, my friends who have an affinity with deities associated with darkness, rebellion or death also have an appreciation for “darker” aesthetics and alternative lifestyles.

I believe that when we venerate a deity and live our life in a manner that the deity would approve of, we do embody at least a small part of them. When we fail to honour our deities appropriately or behave in a manner that they would find offensive, we lose this closeness with them and we do not embody them to the same extent. This is an idea shared with Christianity, as followers of Christ often believe that behaving in accordance with his teachings draws them closer to him.

So just as foxes are seen as Inari’s messengers, so too, I think, are her followers. When I meet with a Pagan who venerates Brighid for example, it is as if a small part of Inari is also meeting with a small part of Brighid. I see devotees almost as “masks” that our deities wear in order to interact with the human, mortal world.

Following on from this, I believe devotees, collectively, contribute in “building up” our deities. By holding rituals for them, telling stories about them, and acting in a way in which they approve, we all work as a part of the deity like parts of the body or mind. Even if devotees have conflicting ideas, this is fine – our own minds too have conflicting ideas.

So the next time someone says that we just “make up our gods,” you can tell them that they’re right in way – just a very literal way as our gods are “made up” of us! 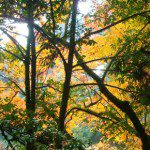 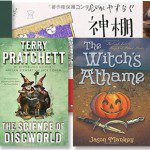