The Grim Reaper and The Second Law of Thermodynamics

The Grim Reaper and The Second Law of Thermodynamics October 22, 2016 Megan Manson

‘The law that entropy always increases, holds, I think, the supreme position among the laws of Nature. If someone points out to you that your pet theory of the universe is in disagreement with Maxwell’s equations — then so much the worse for Maxwell’s equations. If it is found to be contradicted by observation — well, these experimentalists do bungle things sometimes. But if your theory is found to be against the second law of thermodynamics I can give you no hope; there is nothing for it but to collapse in deepest humiliation.’ – Sir Arthur Stanley Eddington

Simply put, the second law of thermodynamics states that whenever energy is transformed from one form to another form, entropy (disorder) increases and energy decreases.

Scientists place particular prominence on the second law of thermodynamics for a number of reasons. It’s a theory that’s based on empirical evidence. It gives us a definition for the direction of time, i.e. the direction in which entropy increases. It tells us that the Universe has limits, that energy cannot be converted with 100% efficiency. It may also tell us the ultimate fate of the Universe. In short, it’s a very powerful law.

The second law of thermodynamics also tells us something else. It tells us that ultimately, everything decays. Everything wears out and fades. Everything dies.

I find it intriguing that the second law of thermodynamics, one of the most important concepts in science, essentially describes death. And death, like life, is held in particularly high regard among Pagans, as well as followers of other beliefs.

Wikipedia alone lists some 200 deities connected with death found throughout world religions. That’s about the same as the number of fertility deities. Most religions have some kind of festival to venerate departed spirits, in addition to having a lot to say about the afterlife and the proper way to deal with the bodies of the deceased. Clearly, death is just as fundamental concept to religion as the second law of thermodynamics is to science.

Although it may seem morbid or bleak, I think this tells us that death is one of the most important aspects of existence. It is perhaps the only certainty in this Universe. It unites us all – not just people, but animals, plants, rocks, stars and even the subatomic particles that make up everything. The fact that death is so powerful yet so commonplace means that we should not fear it. We should try to see death as constant, unifying companion, the one thing we know to always be true in a Universe full of uncertainty. In this way, death is perhaps the ultimate God. 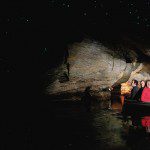 October 17, 2016
A Shinto Experience in New Zealand
Next Post 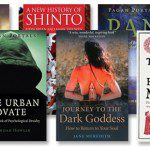