Paganism and Christianity tend to avoid each other these days. Although Christian-Pagans, also known as Christo-Pagans, do exist, they are in the minority. A rather persecuted minority at that, as they tend to attract negativity from some individuals within Christianity and Paganism alike.

It can indeed be hard to see how the eclectic, spontaneous, nature-orientated polytheism of Paganism could blend with the rule-bound, human-orientated monotheism of Christianity. And that’s without considering the bitter history between the two.

But when you get two religions living side by side, it’s inevitable that there will be some blending. All Pagans are aware that there are countless “relics” of old Pagan beliefs lurking within Christian tradition and iconography. I would also argue that the Christian-orientated society in which most Western Pagans live also has an effect on their beliefs and practices. For example, elements of the typical Neopagan ritual, such as the “simple feast” of cakes and ale towards the end of the rite, mirror those found in Catholicism. It’s difficult to say which came first. I tend to think that neither did; that both rituals have copied and borrowed from each other over time.

A good example of syncretism that exists between Paganism and Christianity is Brigid. To Pagans, she is a Celtic goddess of fire, wells, arts and medicine. To Christians, she is the Irish St Brigit of Kildare, an abbess who founded a school of art and performed many domestic miracles. Both Christians and Pagans use her symbol, Brigid’s Cross (which resembles the ancient Sun Wheel design) and both celebrate her on or around February 1st (called Imbolc by Pagans, Candlemas or St Brigit’s Day by Christians). She is a sacred figure of two different religions.

But examples of syncretic deities in Britain (and other western countries) like this are subtle. In Japan, it is far more explicit. A great number of deities in Japan have both Shinto and Buddhist incarnations. This includes the kami I honour, Inari Ōkami, who is identified with the Buddhist deity Dakiniten. Syncretism reflects the (mostly) harmonious relationship between Shinto and Buddhism in Japan. Although they have experienced times of conflict in Japanese history, they generally get on fairly well today. You’ll very often see both Shinto and Buddhist symbols and shrines in the same place. Indeed, it’s common for a small Shinto shrine to be located within a Buddhist temple complex.

Aside from sharing a general respect for living things, Shinto and Buddhism are in essence as different from each other as Paganism and Christianity. Shinto is a mysterious and eclectic mix of folk beliefs that originated mainly within Japan itself and is centred on the veneration of numerous invisible nature spirits. Buddhism is for the most part a highly philosophical collection of teachings originally by an Indian prince, which came to Japan via China. Despite their differences, the two religions are really quite inseparable in Japan – you cannot talk in depth about one without also referring to the other at some point.

Perhaps the most popular syncretic deity in Japan is Jizō, also referred to as O-Jizō-sama or Jizō Bosatsu. Jizō was originally a Bodhisattva (Buddhist saint) called Ksitigarbha, although some say his origins may go back even further to the Hindu earth goddess Prthivi. In Japan, Jizō is believed to be an ever-merciful and benevolent guardian of the souls of the dead. It is said that Jizō vowed not to attain Buddhahood until Hell is empty of all souls. He is particularly associated with the souls of children trapped in “limbo” and protects them from danger, hence he has become the guardian of children in the living world, and the patron of those who have died young.

In older, classical images of Jizō, he is a more typically Buddhist figure. He is depicted as a mature Buddhist monk in robes and generally realistically proportioned. This establishes him very much as a “human” entity rather than a deity. Much like the Christian saints, this Jizō is more of a person – although a sacred and divine person – but not truly a spirit or a god.

But looking at later depictions of Jizō, this line between “saint” and “god” seems to get increasingly blurred. Like many divinities charged with the protection of souls in the afterlife, Jizō also became associated with living people making journeys. In this way, he has become conflated with dōsojin – the kami that guard travellers.

Although comparatively overlooked in writings about Shinto, dōsojin are an important part of Japanese folk spirituality. Their presence is usually indicated by an upright rock, which may have the characters for “dōsojin” or specific kami classified as dōsojin carved into it. There are also dōsojin rocks that depict a man and a woman, called Jō and Uba – quite a rare example of an actual depiction of a minor kami. Some dōsojin are distinctly phallic. These dōsojin markers can be found everywhere in Japan, from country paths to beside busy highways to graveyards; usually, places associated with travel in some way. And among these dōsojin, you will often find Jizō.

Dōsojin would appear to be very much a Shinto concept. The clue is in the characters for “dōsojin,” 道祖神. That final character 神 is kami, the same kami character used in the word for Shinto, 神道. By being classified among the dōsojin, Jizō is also being classified as kami, thus placing him in within the Shinto sphere.

That Jizō can be regarded as a deity that exists in the Shinto world as well as the Buddhist is also evidenced in his changing physical depiction. Jizō as a dōsojin can look quite different to Jizō as a classical Bodhisattva. For one thing, the dōsojin-type Jizō is usually diminished in size and detail; he may only be a foot or two high. His shape too often resembles the archetypal dōsojin rock; upright and rounded, even a little phallic.

The most modern incarnation of Jizō is particularly suggestive of the fact that Jizō has transformed from a solemn Buddhist saint to a deity of a folksy blend of Shinto and Buddhist spirituality. Modern artists now often depict Jizō with an oversized head and tiny limbs, highly suggestive of an infant, which reflects his role as a guardian of children. He is often given a cartoonish, smiling face and his features are greatly simplified. In essence, he is less “human” and more “supernatural” – a saint that has transformed into something more greatly resembling a spirit. Add to this fact that you’ll often find him in a natural setting such as a forest or garden, and he becomes something very much resembling a pixie or sprite of European folklore. It is very interesting toconsider that these “wee folk” of European legend were sometimes thought to be the souls of deceased children, echoing Jizō’s connection with the departed spirits of those who have died young.

A Pagan Goddess who became a Christian saint, and a Buddhist saint who became a Shinto spirit. These examples of syncretic deities from two very separate cultures remind us how complex the picture of religion can be, and how there can never be one “true” way. It gives me hope that even the most different of religious paths can not only exist harmoniously side by side, but also learn and borrow from each other to the benefit of both beliefs. 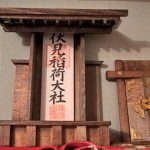 January 22, 2017
Anatomy of a Kamidana (Shinto Home Shrine)
Next Post 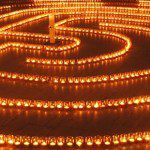 Solitary Self-Initiation or Dedication. Does It...
3 Pagans and a Cat
Related posts from Pagan Tama