Secret ‘Roman Bath’ In Woods Given Its Magic Back

Secret ‘Roman Bath’ In Woods Given Its Magic Back April 16, 2018 Megan Manson

A ‘Roman Bath’ secluded in an English woodland has had some of its magic restored, thanks to the hard work of local volunteers.

Behind the police station off a busy main road between Hastings and St Leonards, England, you’ll find a small patch of woodland. This woodland was once part of the Summerfield Estate, and today it hides one or two secrets. One is a hidden walled garden that’s only accessible to the public a few times a year. Another of those secrets, which people can visit any time, is the “Roman Bath.”

A  leaflet offering guided tours in Hastings in the early 20th century claimed the bath was built in 51 AD by King Caractacus. However, the truth is it was commissioned by Wastel Brisco, who acquired the Summerfield Estate in 1831.  However, it is built around a natural spring that truly is ancient. In the 19th century there was a fashion for marketing English seaside towns as “spa towns” with healing water, and the Summerfield Roman bath was almost probably built on the spring as part of this craze.

As you can see from the picture, this is a large and impressive structure. It may not have some of the ancient spiritual attributions of some of Britain’s  holy wells and sacred springs, but it has a special magic all its own. You can easily imagine wealthy Victorians heading to this shady glade in the heat of the summer and cooling off in the natural spring water in the bath, like nymphs in a pool in the mythical Arcadia. Best of all, the spring is still flowing to this day.

But something else you’ve probably noticed from the pictures is the state of the bath and its water. It has been sadly neglected by local authorities. Vandals have damaged the structure, including stealing a lion’s head keystone that was once in the centre of the arch.

When I visited at the end of 2017, the bath was full of rubbish. I felt very saddened by the sight. It had the potential to be truly magical, a place of healing pilgrimage and escapism like St Nectan’s Glen in Cornwall. But the sheer amount of vandalism and littering had really taken away the beauty and atmosphere this place would’ve had.

Even the locals have been saddened by the state of the bath. “Lived in Hastings my entire life, but never visited these woods and was quite excited to see the Roman baths,” says “Chloe,” on TripAdvisor, “but it was sad to see that the council has not done a very good job at preservation, evidence of drug use is everywhere along with all the other rubbish. Would not recommend taking the kids.”

Eco-Therapist Group To The Rescue

But fortunately, the bath hadn’t escaped the attention of some extremely caring and dedicated people in Hastings and neighbouring St Leonards.

Leonie Guest is a psychotherapist in St Leonards, who runs the Hastings & St Leonards Eco-Therapy Group. The group meets every month in order to explore the local natural landscapes in order to forge “deeper connections” with others and the land itself.

“Taking the work outdoors allows us to reconnect to the innate wisdom surrounding us,” says Leonie on her website. “Nature in itself can be very healing, the dappled sunlight and breeze on our faces, or the sound of birdsong can inspire us and allow us to rest in a deeper stillness: it brings us into deeper connections, both to ourselves and to the environment.

“Paying attention to where we are, or what we find in response to a particular inquiry is often very pertinent and quite magical.”

The state of the Roman bath, and the surrounding Summerfield Woods, had been on Leonie’s radar for some time.

“It’s a beautiful little woodland right in the centre of Hastings and St Leonards, which is quite a deprived area,” she explains.

“There are often homeless sleeping in the woods, and it’s a place for teenagers to hang out. The woods is important to lots of people as its so accessible for many and very beautiful. I walk my dog there nearly everyday, and the amount of litter and vandalism has been getting steadily worse.”

So on April 15th, fifteen volunteers from Hastings & St Leonards Eco-Therapy Group went into the woods and held a massive clean up operation of the bath and its surroundings. They filled 30 bags with rubbish, including needles, a chair and even a wardrobe.

The whole operation took around five hours – excluding the time it took to take all the rubbish to the tip. One can imagine what a tiring, mucky job this must have been. But as you can see, thanks to this hard work, the bath was transformed.

The difference is really quite extraordinary. It’s as if the site has been taken back in time, almost back to the point when the people of Summerfield Estate would have frolicked in its waters. They would have enjoyed the therapeutic effects of being out in nature, just as Leonie’s therapy group does today.

And Leonie has some further plans to make the bath and the woods even better for everyone.

“I’m hoping to run a couple of clean up days a year, I expect we’ll be back here before long!” she says.

“One of the volunteers described how as a small boy they used to play in the bath, we’d love to get the bath clean enough for kids to play in again. Then perhaps people would take greater care of it, and value it as a local resource and beauty spot.”

If you would like to get involved in the efforts to clean up and protect Hastings and St Leonards’ natural and cultural heritage, you can find out more on Leonie Guest’s website, and the Hastings & St Leonards Eco-Therapy Group Facebook Page.

More information and pictures of the Roman bath:

Holy And Healing Wells: Ancient Wells and Springs of Hastings 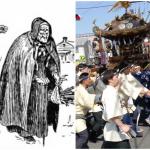 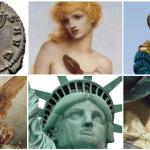 April 19, 2018 Secularist Deities: The Goddesses Of Liberal Values
Recent Comments
0 | Leave a Comment
Browse Our Archives
get the latest updates from
Pagan Tama
and the Patheos
Pagan
Channel
POPULAR AT PATHEOS Pagan
1 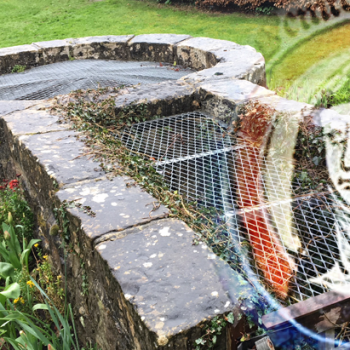