UK: Druids face defeat as bulldozers get set for Stonehenge bypass
The Guardian
It has been bitterly debated for the past three decades, but the latest plans to partly bury the A303 in a tunnel beside Stonehenge may this week finally get approval from transport secretary Grant Shapps.  Druid Arthur Pendragon has said he will join protests in front of any bulldozers….

UK: Woman crowdfunds to launch witchcraft museum
East Anglican Daily Times
A woman is crowdfunding to open a new museum dedicated to the history of brutal witch hunts and magical beliefs which have shaped East Anglia over thousands of years. Her crowdfunder is here…

Ireland: Farmer believes his bad luck goes back to standing stone
Irish Examiner
Donal Bohane has had more than his fair share of bad luck over the past few years. However, the Cork farmer is hoping a pair of Dutch druids living in Kerry might actually change his fortune…

Meet the witches who are hexing Trump’s re-election
Daily Beast
IXNAY PAC was founded two years ago by former Vice correspondent Trace Crutchfield, promising to “raise hell from sea to shining sea” to get Trump and his allies out of office…

The occult’s return to art: ‘Before, you’d have been laughed out of the gallery’

The Guardian
Tantra, spirit mediums, Obeah – why have things become ‘a bit witchy’ in the art world of late? Our writer takes a trip into deep space to find out…

UK: ‘I was sceptical about Cornwall’s dark arts. Then I met a witch’
The Times
Travel’s chief writer Chris Haslam found himself drawn to the county’s mysticism and folklore. So much so that it inspired his debut children’s novel…

A Twin Cities witch weighs in on the rising popularity of witchcraft
Twin Cities Geek
In an age of uncertainty when many are drowning in debt and unsure of the future, spirituality, particularly witchcraft, has been on the rise…

Emperor Naruhito attends Shinto rite ahead of proclamation ceremonies for Japan’s crown prince
The Mainichi
The ritual, held in the Take-no-Ma audience room of the Imperial Palace in Tokyo, marked the first of a series of events related to the Ceremonies for Proclamation of Crown Prince, which will declare to people in Japan and aborad that Crown Prince Fumihito has become heir to the throne…

Kyoto governor sued over attendance at Shinto ritual for emperor’s succession
The Japan Times
A group of western Japan citizens sued the Kyoto governor on Wednesday for the return of taxpayer money used for him and other prefectural officials to attend a Shinto ceremony last year to mark Emperor Naruhito’s enthronement, arguing their attendance violated the Constitution…

Shrines, temples scramble to assure safety during New Year visits in Japan
The Japan News
With the year-end approaching and the pandemic showing little sign of abating any time soon, shrines and temples throughout the nation are trying to come up with ways to avoid “close contact” situations during the traditional New Year visits that draw large crowds…

Fans of ‘Demon Slayer’ movie flock to shrine in Oita
NHK World
Fans of the blockbuster animated movie “Kimetsu no Yaiba,” or “Demon Slayer,” are flocking to a shrine in southwestern Japan because of its association with the film…

Japanese shrine offers charms to protect each body part
The Mainichi
Many shrines and temples in Japan sell amulets for good health, but a shrine in the western prefecture of Okayama is famous for offering more than 50 varieties of charms for different parts of the body or symptoms…

The publishing industry can’t get enough books on supernatural Japanese stories
The Japan Times
While this year alone saw the release of well over 100 English nonfiction books about Japan, ranging from accounts of the atomic bombings, to memoirs, travelogues and countless explorations of Japanese culture, one trend in particular stands out from the rest: books on Japanese myths and legends, covering yūrei (ghosts), yōkai (monsters), folklore, unsolved mysteries, haunted places and more…

UK: Aleister Crowley: Satanic fears over tours of Boleskine House
The Times
Plans to convert the former home of the occultist Aleister Crowley, who declared himself the “wickedest man in the world”, into holiday lodges have raised fears about Satanic pilgrimages…

UK: Fife ‘witches’ to be remembered in virtual conference
Central Fife Times
The conference is the second held by the group called Remembering the Accused Witches of Scotland, and follows on from a successful pilot event in Dunfermline a year ago…

UK: Never forgetting the Pendle Witches’ tragedy
Lancashire Telegraph
Perhaps the most notorious witch trial of the 16th century, the legend of the Pendle witches is one of the many dark tales of imprisonment and execution at Lancaster Castle…

Kenya: ‘Where rumour of being a witch is death sentence’
The Standard
Three blood-stained wooden clubs lying in a nappier farm farm tell how bloody it becomes if you are suspected of being a witch in Kisii’s Ikuruma village, Marani Sub-county… 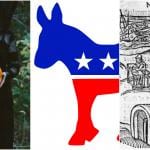 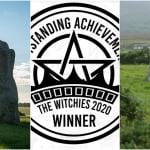