Why I Can’t Quite Reject Jesus

I had originally planned to write about the god Pan today, and then I read Star Foster’s I Reject Jesus Christ column. I love Star as a writer (and person); she’s feisty, opinionated, and never scared to piss anyone off. Those are all qualities that I admire, yet don’t have the ability to emulate. I’m not someone who likes to piss people off, I always try to write with a sympathetic tone, even while writing about something I disagree with. I’m not scared of confrontation, I just think I’ve mellowed out in my middle age.

The “Jesus Question” is a difficult one for me. There was a time when I used to play around with the idea of Christo-Paganism, but as I’ve gotten older it’s become a concept I have trouble supporting. Jesus was designed to be worshipped a certain way (that way doesn’t involve churches either; it involves a table, fellowship, and the eating of bread and drinking of wine), and it involves a more monotheistic world-view. The Pagan gods I worship don’t demand such a limited interpretation and have no trouble coming to me in my Wiccan-style circle. In some ways not bringing Jesus into my ritual space is similar to why I don’t invite Shiva into my ritual space. Shiva is worshipped a particular way in India, and I have trouble believing he’s comfortable with the Westerness of Contemporary Paganism.

Part of my attraction to Paganism is that I believe all pathways lead to the divine, which is why I have trouble “rejecting Jesus.” I have no trouble rejecting his followers who don’t understand his message, or rejecting Christian doctrine, but to me he’s separate from that. Now I don’t have an overly romantic view of Jesus, I don’t think he was an ancient shaman or a witch. He was a guy I probably wouldn’t have seen eye to eye with on a number of issues, a trait he shares with many ancient pagans who were for more ascetic than I am.

Jesus doesn’t have to be a dick. “I like to think of Jesus like with giant eagles wings, and singin’ lead vocals for Lynyrd Skynyrd with like an angel band and I’m in the front row and I’m hammered drunk!”-Cal Naughton Jr.

It’s true that Jesus and I used to date during my teenage years. I was President of my church youth group, a Republican, and a mostly committed Christian (the issues and questions that would lead me to Paganism were already being asked during that period). I’ve never had issues with my family over Paganism. I’ll admit that my grandparents were a little freaked out about it, but I sent them the “I’m a Unitarian-Universalist” letter (which wasn’t quite true) and things settled down . I know a lot of Pagans have had seriously bad experiences with Christianity, but I was never one of them. (I’m sympathetic to those negative experiences too, I think Christianity has a whole host of problems, and many of its practitioners have even more issues.)

Baptism and Confirmation in the Methodist Church were amazing experiences for me. They lacked the power of my Pagan Dedication or Wiccan Initiation, but when I look back at them through my eleven year old eyes, they still hold legitimate power. We live in a society that often lacks real ritual and mystical experience. While I didn’t feel the touch of the gods (or Yahweh) that day, those ceremonies did lead me to believe that such a moment was possible. There was energy there, they contained something, and using the word “reject” seems to invalidate them. At no point in my Pagan religious experience have I ever been asked to reject or renounce a previously held belief. I once believed in the Tooth Fairy too, but I never rejected him/her, I simply moved forward with my life.

I don’t have it in me to tell someone that their god is not real or that their religious experiences are less real than mine. There’s a part of me that feels I’m not honoring the experiences of others if I reject the deityness of Jesus. I know that many of my favorite Pagan gods may have began their existence as mere-mortals (Orpheus, Hercules, Herne, Isis), if it’s true for Orpheus why can’t it be true for Jesus? I think of Jesus as a god in the same way I do Aphrodite and Dionysus, but the difference between Jesus and Big D is that I no longer have a relationship with Jesus. There’s no need for rejection, we’ve both just moved on. There are thousands of gods I don’t worship or honor, Jesus is just another one of those. 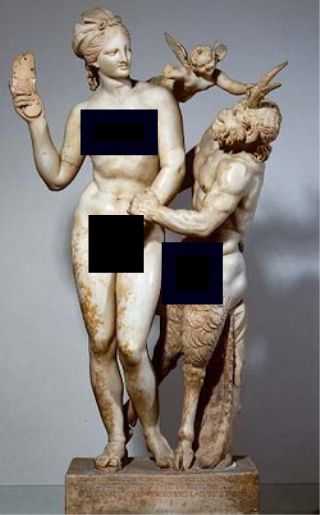 It’s easy to reject Christians who take all the fun out of life.

I’m not a Christian in Pagan robes, I just have trouble with the word reject. The word reject can be defined as “to discard as useless” and as “to refuse to recognize.” Those are steps I’m not willing to take. I don’t think worship of Jesus is useless, there are millions of people who do good things in his name on a daily basis. Not all Christians are homophobes or seeking to end the separation of church and state. Anything that makes someone a better person is not useless. It’s a shame that so many people have distorted the message over the centuries, but Jesus wasn’t a genocidal monster and he never mentioned homosexuality, abortion, or gun rights. I think Modern Christianity is a perversion of the original practice, but that’s not the fault of Jesus or even the Apostle Paul.

My grandmother was a committed Christian. She wasn’t a Christian in the Pat Robertson mold; she was comfortable with one of my brothers being gay and she read the first Harry Potter novel before she died. She was a good woman who followed a religious path that worked for her. She and my grandfather were married for over fifty years and loved each other in a way that I have seldom seen replicated. It’s hard for me to imagine that she’s not in heaven with my Gramps; perhaps suspended in a moment of eternal sunset with their love for one another a continual presence around them. Yes, I’m a believer in reincarnation and think I’m coming back to this blue marble, but perhaps my afterlife is meant to be different from theirs?

I don’t think Star is the type of person who would seek to invalidate someone else’s religious experience, she’s just a person who uses language in a different way than I do. If someone were to ask me if “I reject Jesus” I would answer in the negative, I’ve never rejected Jesus, I’ve just chosen a different road. This doesn’t make me a Protestant Pagan either. I practice Pagan Ritual, worship Pagan Gods, and hold a Pagan worldview, it’s just that to me, a Pagan Worldview is rather inclusive.

The Benefits of Outer Courts and Training Circles
A long outer court is a good thing. A precious thing, for...
view all Pagan blogs
What Are Your Thoughts?leave a comment
Copyright 2008-2017, Patheos. All rights reserved.