Refusing to Paint With Broad Strokes 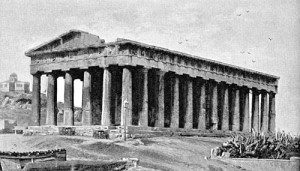 Christine Kraemer has been very busy since officially taking over “Editor” duties here at Patheos Pagan. Not only does she have her own blog, but she’s brought in a lot of new writers the last two months. I’m already enjoying John Beckett’s Under the Ancient Oaks, and we’ve got another polytheist onboard over at Dalliance With Deities. After a few dark months when I felt like only Aidan Kelly and I were writing at Patheos Pagan on a regular basis we’ve suddenly got all sorts of stuff going on.

Out of all the new blogs and columns here at the channel the one that has stuck with me the most has been Sam Webster’s Pagan Restoration. I’ve lost sleep wrestling with some of Sam’s ideas and proclamations, and the fact that he’s garnered 83 comments for his first column means that he certainly has touched a nerve. (Though it’s unlikely that anyone else has lost sleep over the the thing-I wish shutting off my brain was easier.) I have little doubt that Sam is smarter than I am (he’s finishing his PhD, I’m going to watch hockey this evening), and he’s certainly a better writer, but I can’t help myself when it comes to a rebuttal.

Out of nine paragraphs, one in particular garnered the most comments:

While I believe there is a place for cooperative behavior with Christianity, Islam, and Judaism, I will leave it to those who are interested. My task is to criticize the Abrahamics, to challenge their preeminence and point out when the emperor is wearing no clothes. I don’t think too much of their theology, their morals, or their God, and plan to talk about it. And, no, you can’t worship Jesus Christ and be a Pagan.

A lot of what Sam (can I call you Sam? Professor Webster?) writes here is spot on. I think a lot of Pagans make the mistake of thinking that anyone involved in a spiritual pursuit is a part of our “greater community.” I was on a Pagan Panel at small festival one afternoon and the question of community came up. One of the panelists talked about Islam as a part of his “greater community.” I completely disagree with such thinking. Unless you have a personal relationship with some folks at the local mosque you aren’t even on their radar, which is fine. That’s not a slight, we just operate in different spheres and communities. We can get along with many of the folks in those faith communities, that doesn’t mean we are suddenly best friends. “Cooperative behavior” is a great turn of phrase to describe some of the interactions we have with people outside of our faith traditions. 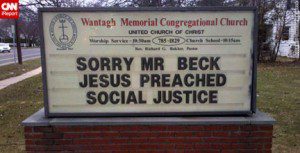 Where Professor Webster loses me is in the rest of the paragraph. “My task is to criticize the Abrahamics . . . .” But why? It’s one thing to point out the instances where their story is broken, and another thing to criticize just to be contrary. It sounds like someone is picking a fight, and that’s different from educating or providing constructive criticism. Task is a big word. It sounds like a missive from the gods, gods that in my own experience have usually been worrying about other things.

It’s important to remember that a great deal of Christians are our friends, and are fighting the same battles we are. There are Progressive Christians in favor of gay rights and religious freedoms, not all of Jesus’s followers are looking to turn the country into a theocracy. I often feel like we (and many atheists too) need to tread carefully. A lot of deeply religious Christians are our allies, you don’t keep those folks by pissing them off.

I’m not a big fan of Christianity either but to say “I don’t think too much of their theology, their morals, or their God . . ” is a pretty big statement (I do admire the courage though). Christian theology has never made much sense to me, but Pagan theology doesn’t make much sense either sometimes. We can’t even agree on who is a Pagan and who is not, let alone a shared theology. Most Christians can’t adequately explain the Trinity because it’s a big ball of mush, but we are eating from a similar bowl of mush. I don’t think most practitioners give much thought to theology anyways. The Big 3 Monotheistic Faiths seem to serve their followers well, and for a lot of people it’s the hope and comfort faith brings, not questions of theology, that are the drawing card.

I’ve also met some extremely moral Christians, so much so that I admire them. I’m not a fan of the Mormon Church, but I’ve met some amazingly nice and generous Mormons over the years. Christian Morality (I can’t speak to Muslim Morality because I don’t know very many Muslims) is capable of great compassion. To throw an entire religion under the bus is extremely short sighted. I don’t think much of people who treat women as second class citizens either, but I’m not going to paint with such broad strokes because some members of a religious community are idiots.

I think Jesus and Muhammed would both be pretty disappointed with the messes many of their followers have made in their names over the centuries. What we tend to forget are the moments between worshipper and deity. Jesus/Yahweh/Allah . . . . I’m sure all three of those god-forms have provided comfort, peace, and joy to all of their followers. Monotheism and the “one way or the highway” type of thinking it inspires probably does bring out the worst in a lot of people, but there were wars and atrocities long before monotheism, and there will probably still be wars if it goes away or wanes in popularity.

As for “you can’t worship Jesus Christ and be a Pagan” I just don’t think that’s true. Last I knew, we didn’t have an “approved list” of deities somewhere. In addition to Jesus, I’ve met Pagans who worship Buddha, Kali, Native American deities, all kinds of things outside of European/Middle Eastern pantheons. I’ve said this before and it bears repeating, certainly traditions have the right to pick their deities, but to judge someone’s Paganism by who or what they worship? 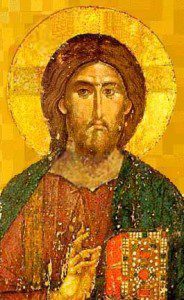 Christianity has a long tradition of standing next to paganism. While the term “Gnostic” means all sorts of things, there were groups that today we label “gnostic” who worshipped a whole cosmic hierarchy of gods. Jesus and his Dad haven’t always been worshipped in isolation, and I’m sure there were many ancient pagans intrigued by Jesus who also worshipped at pagan temples. Traditions like Voodoo crafted a cosmology that at least superficially embraced Catholic Christian imagery in order to keep their loa alive. Much of the Western Magickal Tradition has been influenced by the grimoires of the Middle Ages and Renaissance, magickal practices that were essentially Christian. Groups like the Golden Dawn, a direct precursor to the Pagan Restoration, had many committed Christians among its ranks.

I have no use for Jesus in my own rites, or the saints, or even angels, but I’m not going to take away someone’s Pagan card because they worship differently than me. I will never claim to have ownership over the truth. There’s plenty of room under the Pagan umbrella for people who worship Jesus alongside other deities.

What I want most from followers of the Big 3 monotheistic religions is to be left alone. You don’t have to accept my faith as legitimate, you just have to accept my right to believe as I choose. It would be great if temples to Dionysus began popping up all over the world again, but if they don’t that’s fine too. There are already plenty of Pagan Temples out there for me to worship at. The most sacred places to me will always be outside in the heart of nature; standing amongst the Redwoods, or on the ocean’s shore, watching Her soul pump and beat among the waves.

Despite my criticisms, I look forward to Sam’s next column. I like anything that makes me think and challenges my opinions and assumptions. That’s what good writing does. I don’t think we all have to agree on everything anyways.

January 28, 2013
The Super Bowl and Pagan Disconnect
Next Post

January 31, 2013 Whither the Word Witch
Recent Comments
0 | Leave a Comment
Browse Our Archives
get the latest updates from
Raise the Horns
and the Patheos
Pagan
Channel
POPULAR AT PATHEOS Pagan
1