Looking into the Future: Paganism in 2063 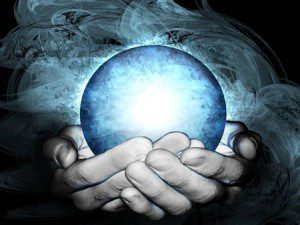 Predications are like promises from politicians, not worth very much, but I couldn’t resist an opportunity to peer into my crystal ball to see what the future might hold. If I end up being right my name could end up there with that of Nostradamus, if (when) I’m wrong . . . well no one will remember this post in 2063 anyways. I can’t say that I’m excited about all of my predictions and I hope that several of them don’t come to pass, but only time will tell.

People will still use the term “Pagan” but the tribes won’t gather together all that often.

Over the last fifty years it’s become easier and easier to communicate with people of a like mind. At first that connection was rather broad (remember the days of the Green Egg Forum?), but now it’s relatively easy to narrow your focus. Instead of interacting with Wiccans, Druids, and Asatru you can simply interact with only one of those groups if you so choose. Why would a Druid need to visit a “Pagan page” in 2063 when a Druid-only page might contain hundreds of links dealing with that specific tradition?

Using Patheos as an example we currently have four Christian channels (Evangelical, Catholic, Mormon, and Progressive), and all of those groups think of themselves as “Christians” even though they all have their own separate traditions, liturgies, etc. It’s easy to envision Paganism in 2063 behaving in much the same way. Perhaps by 2063 Patheos will have separate sections for Wicca, Druidry, Asatru, and Afro-Caribean faiths. That means a lot of us would probably pay lip-service to the idea of Greater Pagandom, and we’d probably still bump into each other at some of the larger festivals, but there would be a lot less cross-over.

The Pagan Umbrella has been leaking since the moment we put it over our heads. There have always been people uncomfortable with the word Pagan and it’s become more pronounced in the last ten years. I can’t think of a major world religion without at least a couple of schisms, I don’t see why we are going to be any different. 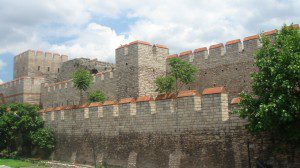 The major downside of these changes will be that smaller Pagan groups become even more marginalized. Right now aggregate Pagan sites (like Patheos Pagan and The Wild Hunt) host a diverse amount of views. What happens when there aren’t enough Hellenic Re-constructionists to justify their own page on major platforms? The larger Pagan subdivisions will be fine, but the smaller ones will be left out in the wilderness. Perhaps some of those “smaller Paganisms” will make guest appearances on the pages of larger groups, but I still fear that some traditions will get lost in the re-arrangement.

As a result of these changes the walls separating Pagan traditions will become higher. Right now there are a lot of people who move back and forth between various Pagan groups. I for instance work with an eclectic circle, do Hellenic style rites, practice with a Traditional coven, and help to lead the rituals of a small group I started. If individual Paganisms all start to operate on different islands instead of one large continent being a part of several unique traditions will become more difficult, perhaps even frowned upon. (How many Methodists also worship at the Jehovah’s Witnesses hall?)

The more I peer into my crystal ball, the more frightened I become. Let’s move on.

Pagan Festivals will become smaller and more regionalized, and there will be more of them.

As the price of gas continues to rise (and places like the United States stubbornly resist infrastructure improvements that would make travel over long distances easier) driving ten hours or taking a plane to a festival will become too expensive for most people. A few of the larger festivals will hang-on, but for the most part Pagan festivals and gatherings will become smaller and more regional. Most of them won’t be at private campgrounds either, they’ll be at hotels and convention centers.

There are some advantages to this. More people will get a chance to participate in the festival experience, and moving things mostly indoors will decrease the barriers that keep some people from outdoor gatherings. The downside to this will be increased geographical isolation, and drum circles never sound as good indoors as do they outside.

Blogs will surpass traditional books in terms of influence. 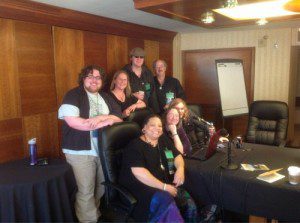 I think we are already starting to see this a little bit, but it’s going to take several decades before us mostly online writers surpass our paper and Kindle peers. In 2013 there’s still a bit of stigma attached to “blogging,” even though many of us have more readers in a given year/month/week than traditional authors. I can’t imagine a world where books are unimportant, but there’s an immediacy to the Internet that’s just not possible with traditional publishing. Online you can read a Mabon Ritual, leave a comment or a question, and have it answered by the author in a matter of minutes. I haven’t been able to do that with Uncle Bucky’s Big Blue Book. In addition to articles and opinion pieces blogs will also feature live content such as workshops, face to face chats, and other assorted things.

Right now we have thousands of people who share Pagan blog posts and articles, in fifty years that number will swell into the millions. Books aren’t going to sell millions of copies ever again, but millions of people will all read the same articles and links.

Every once in a while an elder in The Craft will tell me that they don’t think initiatory groups will survive in the long-term. I don’t see it that way. There will always be a group of people drawn to tradition and looking for initiation and teachers as a part of their journey. Social media and the internet in general have made it easier to find traditional groups and they exist all over the country and in Europe. Not everyone is going to run out and join a mystery tradition, but they aren’t going anywhere.

There will be more media directly aimed at Pagans.

I’m not looking forward to the first Witch Dynasty or Off-Road Druids reality show, but it’s probably inevitable. I just hope whoever stars in those shows isn’t a complete idiot. In addition to a few Pagan-centric TV shows/streaming programs there will also be more (and increasingly better) music by Pagans for Pagans. As we continue to grow in numbers more people will be able to make a living singing about the gods and the Earth they hold dear. Perhaps with the increase in local festivals there will even be a “Pagan touring circuit” nearly year round.

A major celebrity will come out as Pagan, with very little backlash.

There have already been a few celebrities who have hinted at being Pagan, but by 2063 being a part of an alternative religious path won’t be a big deal. There will still be a few idiots on the far-right who will complain, but they will be a small and mostly ignored minority in fifty years. I think we are moving towards an era of greater acceptance when it comes to our differences, but also an age of less privacy. Even if someone wanted to stay in the broom closet our lives are such open books at this point that it would be near impossible.

There will be full-time Pagan clergy, probably.

Gather a bunch of Pagan writers together and one of the first questions you’ll hear is “What’s your day job?” Paganism is not a lucrative business to be in (nor should it be), but I think we’ll all benefit when Pagandom and its individual traditions can begin to support full time teachers and clergy. Hopefully someone can figure out a way to make writing online profitable, or at least get it to pay something close to minimum wage (forget a living wage at this point, let’s take this one step at a time). I’m comforted by the success of several KickStarter and Indiegogo campaigns, there are people in this community who want to support things they feel are important, and that seems likely to continue.

(I’ll be gone the rest of the week, headed for the Earth Warriors Festival in Ohio. I’ll see you all in October!) 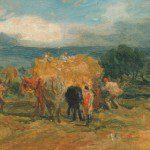 October 1, 2013 Leaving Jesus
Recent Comments
0 | Leave a Comment
"I too loved the Campanelli's books. Both me and my ex were really into them. ..."
Brian Michael Shea Rewriting Witchcraft & Overlooked Authors
"Useful list. Useful, influential books. I might trade Bradley's book for one of the Matthews ..."
Pitch313 The 25 Most Important Witchcraft Books ..."
"Being in the Craft is like being in anything else. I dunno where the concept ..."
Kyllein MacKellerann " Dirty Witchcraft Secrets
"I know a fellow student of Castañeda who is Yaquí. Such things today in Mexico ..."
Barros Serrano America’s Most Important Occultist(s)
Browse Our Archives
get the latest updates from
Raise the Horns
and the Patheos
Pagan
Channel
POPULAR AT PATHEOS Pagan
1