The Smaller Sabbats (Or Where did Lughnasadh Go?)

As I write this it’s Lughnasa, but you’ll excuse me if I wasn’t able to tell that online. Yeah, some of my friends are writing Lughnassa greetings on Facebook, but things are really pretty quiet. My local eclectic circle had their rites on July 20(!), which just feels far too early for me. If Lughnassa is a season, that season doesn’t begin until the last few days of July. For whatever reason this particular sabbat has always felt smaller than the rest of them for whatever reason. 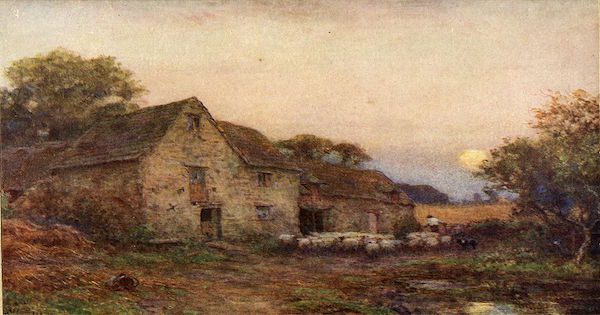 Some of that could be personal, it’s never been one of my favorites. Out of the great eight I’ve always been partial to Beltane, Sahmhain, and Yule with a special shout-out to Mabon (or whatever else you might choose to call the fall equinox). I have nothing against the other four and I’ve enjoyed fine rituals on all of the sabbats, but there has to be a top four and a bottom four. Even if it’s not my favorite it’s still on my mind, helped in large part because my coven had a pretty kick-ass Lughnasa Ritual last night. When I got up this morning I was still kind of buzzing about it and just wanted an extra serving of it at my usual online haunts (here, The Wild Hunt, and PaganSquare.)

I mentioned the online silence on social media this morning and heard a wide range of opinions about it. At least one of my friends suggested that people are just so busy celebrating Lughnasa (and various other summer things this time of year) that they didn’t have time to write about it. The idea makes me chuckle, but only because there’s no busier time of year for me as a Pagan than Samhain-Season and yet people still find time to right about that sabbat and with frequency. I had a few people chime in that Lughnasa was their favorite holiday, but I wasn’t implying that it was totally ignored, only that a lot of Pagans don’t spend much time with it. Summer can certainly be a busy time of year, but I think there are deeper things at play here. 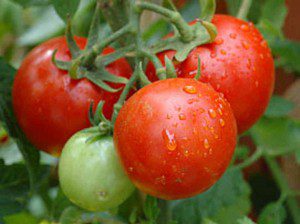 Many of the greater sabbats in the United States suffer due to being a “bit out of season.” In some ways we’ve been conditioned through books and tradition to graft a British agricultural schedule onto what should probably be several more localized Wheels of the Year. Lughnassa might be the first grain harvest in the British Isles but it’s not here in the States and that can kind of be a problem. There’s no real reason to do a ritual featuring John Barleycorn in early August other than imported tradition. A lot of Modern Paganisms are essentially British, sometimes even more specifically English (as in the case of Wicca), and there’s certainly nothing wrong with that. (I think I love traditional Wicca so much because it is so English.) It’s just that maybe if the greater sabbats didn’t come with agricultural traditions already attached to them we might have added some that were better at explaining our own particular circumstances.

I’m the pot calling the kettle black here too. My Lughnassa Ritual used traditional British customs associated with the start of August. I could have certainly built a ritual around the tomatoes growing in my backyard but I chose not to. I like old Scottish stuff, so I used it last night. However I might have very well increased my connection to where I live now by not doing so.

I was talking to my wife this morning about some of this and she believes that our holidays often have greater meaning when our present-day circumstances better match the “traditional ones.” Even in Northern California it’s easy to see “Winter” at December solstice time. It might not be snowing, but it’s usually at least chilly outside, and the days are noticeably shorter. Beltane marks the end of our rainy season and as such is a nice “full flowering of Spring” and “start of Summer” celebration. Lammas is just a bit more difficult to tackle, the things going on here don’t fit neatly into the classic narrative, and they didn’t when I lived in Michigan either. Lughnasadh has always just felt too early in the year, perhaps that’s why I’ve always preferred Mabon. 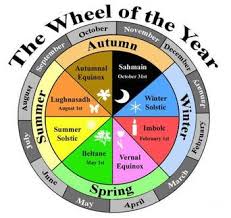 There’s another little theory I’ve got about the sabbats and their varying degrees of popularity. It often feels that if a sabbat shares space with another holiday that it gets a little extra rub. It’s hard not to think about Yule in December because there are decorations nearly everywhere that remind us of it, Samhain too. Beltane and Ostara benefit from being close to Easter, and because of the “outdoor reminders” when we go shopping. When the “lawn and garden” section returns at my local department store I can’t help but think about the Spring sabbats. What have we got for Lughnasa? Does a “back to school sale” truly conjure up images of the first harvest? It’s easy to celebrate a holiday when everyone around you is celebrating a holiday. When that’s not happening things more easily fall of the Witchy-radar (and that generally happens to me at Midsummer and Lammas). Perhaps if our society marked those holidays in a parallel sort of way it wouldn’t happen so much, but we don’t.

Perhaps I’m thinking too hard about all of this. I know that in my neck of the woods there were a few public Lughnasadh festivals, it’s not this weird Pagan holiday that only a few of us are celebrating underground, but it still sort of felt small. Ultimately a holiday is what the individual makes of it, so perhaps I only have myself to blame?

Do you like Raise the Horns? Even if you don’t would you be interested in humoring me? Like us on Facebook, and also like Patheos Pagan for more great articles just like this one. Are you a Pagan living in the UK? Jason will be in London and Edinburgh this September and October, send him a message if you’d like to get a cup of tea or a pint of cider. He will also be speaking and teaching in North Carolina this August, click here for more information about that. 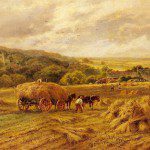 July 30, 2014
Lammas/Lughnassa Ritual: The Promise of the Gods
Next Post

The Magick of Pentacles & Relationships
In Reclaiming, we have classes on Iron and Pearl Pentacles, gifts from...
view all Pagan blogs
What Are Your Thoughts?leave a comment
Copyright 2008-2021, Patheos. All rights reserved.
Close Ad