Christianity: I Don’t Miss It 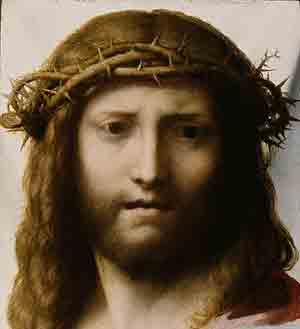 When my friend Niki Whiting told me she was writing a piece called What I Miss About Being a Christian I’ll admit to being a little excited. I like Niki’s takes on religion and spirituality even though I sometimes feel like we are planets away from each other. I was also looking forward to it because I wondered if it would stir up any nostalgia in me. Would I be reminded of anything within Christianity that I miss?

Unlike a lot of Pagans I didn’t have a particularly bad experience with Christianity. I was active in my church, I liked some of the fairy-tales and I thought that Jesus was a pretty stand-up dude. I had problems with it as early as elementary school (there had to be at least some legitimacy to those other religions, right?), but not enough for it to cease to make at least a little sense. Besides, I couldn’t imagine practicing anything else. It’s not like there was a mosque or a Hindu Temple down the street from me.

After reading Niki’s article there was no nostalgia for me. I found myself not missing any of it. I’ll admit to still being fascinated by aspects of Christianity, stuff about the historical Jesus is usually a good read, but I don’t miss Christianity. I read books about the development of Islam too, that doesn’t mean I miss Islam. I like reading about religion, but I don’t like practicing anything outside of Modern Paganism (especially Modern Witchcraft and the occasional Hellenic thing). Outside of Christmas Carols (and I sing warped versions of those at the UU Church every Christmas Eve these days) there’s nothing to miss. Even that one thing I thought I missed I’ve managed to find a reasonable substitute for. 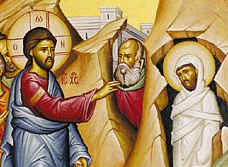 It would be easier to miss Christianity if it hand’t had all the mystery sucked out of it. Christianity has a couple of great stories that should make it spiritually fulfilling, sadly those stories have been drained of any great meaning. The story of Lazarus rising from the dead (in reality, most likely emerging after a period of initiation) should be drop-dead awesome. If Christianity had any of its spiritual heart still beating the “raising of Lazarus” would be a grade A initiation ritual.

The resurrection of Jesus is another story that should have greater meaning but whatever story it was meant to tell has gotten lost in two ideas I find nonsensical. The first of those, that Jesus “died for my sins,” bothered me as early as the ninth grade. That’s when I stopped saying our weekly prayer of confession out-loud at church. I’m a bad person for simply being human? But for me the biggest problem has always been the idea that “Jesus is God.” How can Jesus “triumph over death” when he is God? If a deity can create the entire universe I’m pretty sure that there’s no way he can “die.” There’s no reason for a victory lap if you are “God.” If a regular flesh and blood person, or even a true “son of God,” were to rise from the dead that’s a huge story. It’s a little less of a miracle when the person doing the rising is an omnipotent deity. 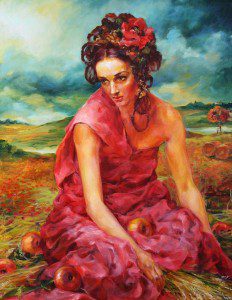 There are a whole host of things from Christianity I thought I might miss, but I just don’t. I love liturgy and connection but I certainly have that within Wicca. The Charge of the Goddess (Valiente version) is liturgy at my house. It’s as familiar to me as the Lord’s Prayer is to a good Christian. There are a few Wiccan prayers I also love that count as liturgy.

Witchcraft as a religion might be a relatively new thing but the levels of connection are deep. There’s the whole “trace my lineage back to Gardner” thing but it’s more than that. My rituals continually harken back to earlier ideas and practices. Taking a Scottish folk custom and inserting it into a ritual isn’t something I do “to fill space” or “simply provide a working” it’s a way of touching those from the pagan past. I’ve been pretty open about not really being into “ancestor work” but that doesn’t mean I don’t like to stir the echoes of those who came before me.

I’ve never been musical so the bare minimum of chants I tend to do in ritual more than fill any need I might have in that department. Besides if you are going to make noise you should probably be allowed to move, and simply swaying and occasionally raising your hands isn’t enough for me. When we chant and sing during ritual we tend to do so while moving-a lot. I’ve been in Christian churches that have raised energy, but that energy sits still, it never seems to stir and move. Our energy is always flowing and going! 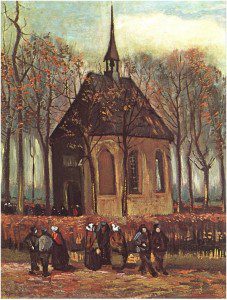 If there’s one thing about a Christian fellowship that I understand people missing, well, it would be the fellowship. Modern Paganism lacks the institutional advantages found in larger, more organized, (dare I say more mainstream?) religions. I have fond memories of several church trips (though I wouldn’t categorize myself as “missing” them) but my best memories of friends from those years don’t involve church. As a kid I was just as social with my traveling soccer team as I was with my church youth group.

Again, Modern Witchcraft has done a fine job of providing the fellowship. My coven is strong and full of people I associate with both in and outside of circle. Not all of them are “my very best friends” but I think I’ve done something social with everyone of them, and more than once. Besides, it’s easier to build friendships and connections with people in smaller groups. For me church was always a sea of people, some of them good, some of them rotten, and some of them nearly faceless. I don’t want to worship with the faceless. If I’m going to be singing the praises of Pan with the person next to me I want to know that person. 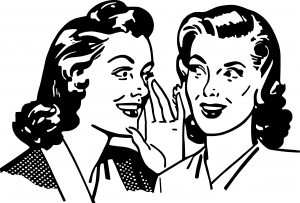 One of the problems I always had with Christianity was that I never felt free to be myself. I know that sounds extremely cliché, but it’s true. I don’t want to wear a suit, a jacket, or even a pair of khaki pants. I’m much more comfortable in the buff, or better yet a pair of sandals and a blousy tunic. I can do without the snipping behind the back too. Yeah I know that happens in Pagandom, and far too much, but the ones that snip at me don’t worship with me. (And probably don’t even really know me, I’m not just the sum of a few blog posts.)

I find much to admire in Christianity from time to time. It’s made a lot of folks better, and I certainly don’t hate it even if this piece sounds rather negative. (I do resent how twisted and warped some of its branches have become, but that’s an article for the Huffington Post.) I’ve known lots of good Christians, and continue to do so, it’s just not for me. Do I miss it? Absolutely not. 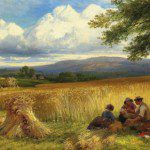 September 22, 2014 Five Very Pagan British Pubs
Recent Comments
0 | Leave a Comment
"Doing candle rituals that close to the hem of a long skirt seems a little ..."
Jules Morrison The Good & Bad of Witchcraft ..."
""It’s weird that the third version of the book proudly announces that it has sold ..."
Amer A. Halasa The Good & Bad of Witchcraft ..."
"As a half Celtic-Slav, Irish-Slav? Samhain/Halloween whatever you like to call it for me is ..."
Marko The-Chief Radaković Witchcraft Pet Peeves
"Literally, it just won't die. Those are the same accusations widely made against Jews in ..."
Falkenna Horns of Dishonor: Conspiracy and Racism ..."
Browse Our Archives
Related posts from Raise the Horns