Gods or No Gods? (And Why It Sometimes Doesn’t Matter) 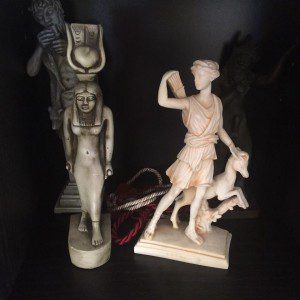 There are Pagans out there who believe in deity and some who don’t. Periodically this results in arguments that accomplish little and piss off many. They usually begin with a pronouncement of some sort. Perhaps it’s “Paganism by its very nature requires a belief in deity” or maybe it’s the “the gods are symbols, not actual sentient beings, and this is how they’ve always been understood.” For the record I have a very real belief in deity, but I also don’t believe those who think differently than me are somehow “less Pagan” than I am. I’ll admit to sometimes being confused by it, but then again I’m also sometimes confused by hard polytheism.

Despite how seriously some people take these debates I’m not sure that they are all that important. Religion and spirituality for many practitioners are less about theology and more about experience. People perform Pagan Rituals (and by extension self identify as Pagan) because they get something out of it. Some people cast circles and practice spellwork, some seek the gods, and others are looking to draw closer to the natural world. These are all very different things, but they do have one thing in common: they all involve people looking outside of themselves. Ritual can certainly be introspective, but eventually it comes down to finding our place in this world. (Why perform seasonal ritual if it doesn’t place us on this terra firma to some degree?) 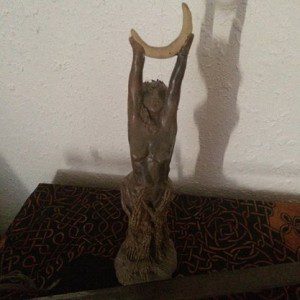 I’ll admit that I sometimes enjoy a good theological debate, but I think that’s the exception to the rule. I know that many who participate in the blogosphere enjoy such conversations too, but larger Pagandom is not the blogosphere. It is a very rare day when the average public gathering in my area breaks down into an attempt to define the nature of the gods and/or the universe. I think I hang out with some pretty smart people too, and yet Angus, Jenya, and I have never had that conversation. When we discuss our respective crafts it’s about practices and not individual internal belief. I’ll tell Jenya that I do not get the cosmology within the (Anderson) Feri Tradition, but I never ask her to break down that cosmology into degrees of polytheism and/or absolute belief. Whether or Dian y Glas is a completely autonomous individual or part of a greater whole is rarely my concern.

During my baby-Pagan years one of the things that impressed me most about the community was just how willing everyone was to accept each individual’s interpretation of deity. For me that has become one of the commandments of my Paganism, I’m not going to define your relationships (or lack thereof) with deity. I’ll tell you if your ritual stinks or I think you are wrong about some historical footnote, but I’m not in a position to tell you that your central interpretation of the mysteries is right or wrong. I know what works for me, I know how I process things, but our universe is wide and vast and I assume it has a great many truths inside of it.

Luckily for me I’ve never been a part of a group that has contained a prophet from on high making “more Pagan than thou” edicts. Often times ritual forms have been dictated to me in groups, but never what it is exactly that I should be believing when it comes to deity. Sometimes we even name particular goddesses and gods, but their exact cosmology has always been left up to the individual practitioner. I’ve always assumed that most of my circle and coven mates believe in some sort of engagement with deity that at least looks and sounds like polytheism, but I also know I’ve been practicing with atheist-leaning Pagans for at least eighteen years now.

This does not imply that we all need to join hands right now and sing together in the spirit of harmony and peace. A close-knit circle of Atheo-Pagans are probably not going to fulfill the spiritual needs of a devotee of Brigid, and if your coven draws down the moon and you don’t believe in such things, well it’s probably not going to work out, but that’s OK. We don’t all have to ritualize together and it’s probably best if we don’t anyways. What we can do is discuss our varying interpretations of things in an intelligent and civilized manner. There is no need for someone to become so unhinged that they erroneously end up believing that they alone have the power to define Paganism and our individual experiences. 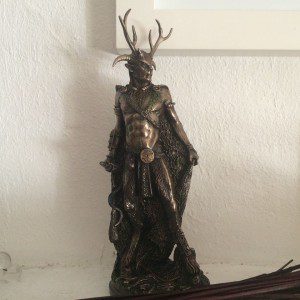 Someone holding to an opinion different from my own is not a threat. I think this is very important. A few Atheo-Pagan bloggers do not have the power to make the gods go away if you believe in the gods. If they hold that much power in your life either your convictions or your gods aren’t very strong*. Conversely if you are an Atheo-Pagan there is no need to mock your friends, acquaintances, and those who share this community with you. Believing in deity does not make one a denier of science. Last time I checked there were no Pagans of any stripe arguing the case for a 6000 year old Earth. (There are a few climate-change deniers, but that’s for another time).

If someone tells me that they feel connected to the Earth when performing ritual without deities and magic I say great! When someone tells me that they are dedicating themselves to a deity in a way that is foreign to my own experience I also say great. People are all going to have different and varied relationships with the gods and with this Earth. If I don’t understand someone’s motivation but it’s not hurting anything what’s the point of getting upset about it? I love hearing about the things that draw people to Paganism even when that experience is different from my own. Why can’t we just be happy for each other?

*As a believer I tend to feel bad for my atheist-leaning friends, I certainly don’t feel threatened by them! 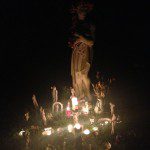 Even When You Don't Feel It, You Are...
Allow yourself to have an expression of spirituality, practice, belief, or tradition...
view all Pagan blogs
What Are Your Thoughts?leave a comment
Copyright 2008-2020, Patheos. All rights reserved.