Reconnecting With Your Spiritual Side 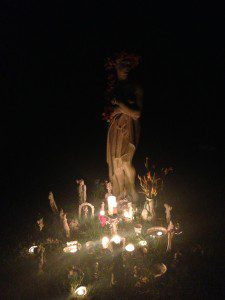 There are times when I feel really connected to my spirituality, and then there are those other times when it feels especially far away. My Paganism has generally waxed and waned over the years, going from times of intense study, practice, and ritual and then to what feels like an extended hibernation and/or estrangement from the gods. This used to bother me greatly, but after talking to others over the years I think it’s perfectly natural. It’s hard, if not impossible, to be spiritual all the time.

Over the years though I have figured out a couple of ways that help me reconnect. These are all things that jump start my relationship(s) with the gods or help me find that Witchy-side of myself when it’s M.I.A. Often the things that help me reconnect take work, which is one of the reasons I often put them off. Of course after doing them I usually wonder what took me so long! Sometimes it only takes a few minutes to reignite that Pagan spark within.

Not all of these ideas are going to work for everyone, but they’ve all helped me out over the years. If they end up helping anyone else all the better. I think getting in touch with our Pagan-selves is often hardest in Winter, but it can be done! 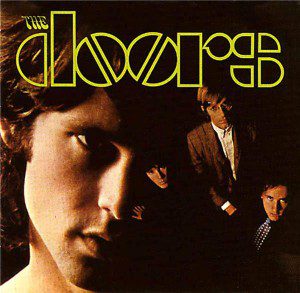 Music For me the easiest way to jump start my spiritual side is by playing a little music. I know that for most people The Doors aren’t high on the Pagan Music scale, but nothing puts me in “a mood” faster than Jim Morrison and bandmates. Dim the lights, grab a glass of wine (or two fingers of scotch) and go straight on into The End and I’m almost instantly reconnected with that dangerous, witchy-part of myself.

When journeying to the edge of excess seems like a bad idea there are other artists and groups that get my Pagan juices flowing. I should have probably died of a Loreena McKennitt overdose by now, but few things make me feel more Pagan than The Visit and The Mask and the Mirror (her two best albums, my opinion). “Celtic Music” in a more general sense sometimes helps here too, especially if it has a lot of fiddle in it.

Connecting with my child-self helps me re-invigorate my Pagan side and there are few things that do that better than the music of my adolescence. There’s nothing Witchy about hair metal or Bryan Adams yet somehow they always put me in a better mood, and that better mood helps wake up the Pagan waiting to get out. 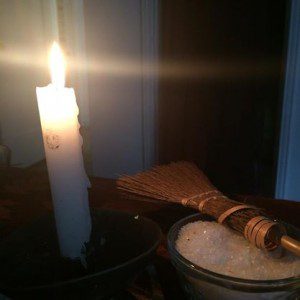 Sacred Space It’s Friday night, and my gods feel as far away as the planet Mars. There’s just no way I’m going to be in the right head space for ritual, but it’s at my house and no one else stepped up to lead the ritual so it’s all on me. The coven gathers in our ritual space; we begin our opening chant and light our incense . . . and then BOOM! All of a sudden I feel refreshed and engaged and Pan might as well be sitting next to me!

Never underestimate the power of sacred space. Over the years I’ve found few things as revitalizing as walking between the worlds. Even when I’m alone I’ll sometimes cast a circle, call the quarters and practicing my invoking and banishing pentagrams. I always have trouble convincing myself to go this route (it sounds like work, because the Craft is work) but it never fails. I discovered this long ago in my Witchling phase. Sometimes lighting a few candles, throwing some salted water around, and calling the gods is the best thing to do to get out of a spiritual rut. Even just some of the trappings of ritual can make a big difference. (My coven’s incense alone is a miracle-worker!)

Meditation I have never been a good meditator, I just have too much trouble turning my brain off. My meditations are often more like guided journeys with my head playing narrator, but I find them beneficial none the less. I use meditation to ground myself, to push out mundane worries, and sometimes even to connect with the gods. (In Ancient Greece one of the best ways to connect with Pan was by taking a nap and my meditation time occasionally overlaps with nap time.) My anxious-self can be difficult to turn off (I tend to assume the worst about everything) but meditating sometimes gets me over that so I can return to feeling connected with the gods, instead of simply being connected to stress and anxiety. 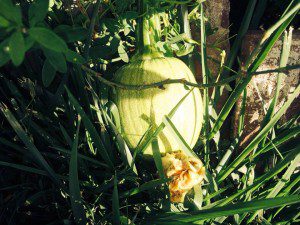 Get Outside January has always been a busy month for me because I use it as prep time for a few festivals I visit every February. It’s easy to get inspired by the festivals, but not so easy to feel inspiration when it’s twenty degrees outside and snowing. Writing ritual in such circumstances often left me gasping for spiritual breath and grasping to anything that felt even the tiniest bit sacred. One afternoon after an especially frustrating writing session (where are you oh muses!?!) I went outside and sat in the cold and snow and took it all in. The natural world is sacred, holy, amazing, and wonderful-even in the dead of a Michigan winter. My spiritual fires were humming again in no time.

Now that I live in California it’s hard to sit in the snow, but even easier to get outside. There’s a park right across the street from my house that I like to wander in. It’s not particularly big, but I can hug trees while I’m there. Simply smelling a storm roll in and watching the rain from my porch is an act of sacred power. It makes me feel better, and I can sometimes hear the gods whispering on the breeze. We are too plugged into electronics these days, and while Hermes might be currently living in Silicon Valley, my spirituality certainly doesn’t revolve around the Googleplex. Give me blue skies, mountains, dead grass, and even snow! The Goddess is alive in all of them. 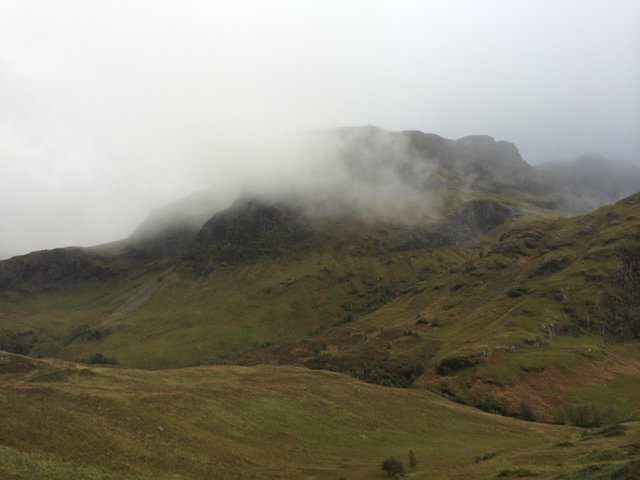 Over the years I’ve also found gardening to be a great way to reconnect with my spiritual side. Seeing seeds sprout and produce fruit is truly magical. During the summer I like to start off every morning with a cup of coffee and a tour of my garden to see if anything miraculous happened overnight, and much to my delight, often times miraculous things did happen.

Movement Few things turn off the active mind better than simply moving around. Need to clear the head? Some exercise or a vigorous walk can work wonders. (I started this article after a brisk tour of my neighborhood just this morning.) Dancing is an often overlooked way of connecting with our spiritual selves, but there’s a reason so many of us do it in ritual (and why a good dance floor can sometimes feel like a ritual!). Exercise also releases endorphins which have been proven to improve mood, help fight depression, and reduce pain. I don’t always treat my body like a temple, but I do think it’s holy and sacred. Moving around a little bit helps remind me of that and often draws me closer to my gods. 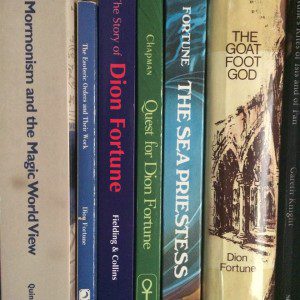 Reading I hesitated to put this one on here, but reading has helped me reconnect with my spirituality over the years. Generally this has happened while reading mythology or fiction associated with Paganism and the occult (like the work of Dion Fortune). Sometimes figuring out a puzzle present in the writings of Robert Cochrane or reaching an epiphany while reading Doreen Valiente has drawn me closer to the gods of the Craft. Reading can often infuriate me just as much as it can inspire me, so I don’t often read when I need to reconnect with things. When it does happen it’s usually just a very happy accident.

If you aren’t feeling that Pagan side of yourself, I hope this helped! 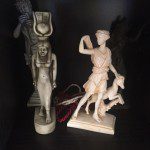 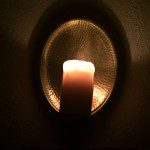 January 20, 2015 When Wicca is Not Wicca
Recent Comments
0 | Leave a Comment
Browse Our Archives
Related posts from Raise the Horns