How the Claim of Being Old Saved Modern Paganism

How the Claim of Being Old Saved Modern Paganism February 26, 2015 Jason Mankey 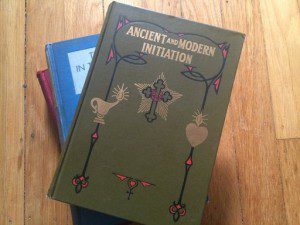 Though there are parts of the Pagan umbrella that claim to be genuinely “old” Modern Paganism is essentially that, modern. It was created and recast with several components: some from antiquity, but many more from modern sources. The idea of Witchcraft is an old one, but how it’s practiced today is a new thing. I find it doubtful that any self-identified Witch from 200 years ago was practicing like any of us today. Witchcraft’s claim of antiquity kept it from ever falling under the control of one person, which has helped it to remain fresh, vibrant, and vital.

Comparing and contrasting religions is often a fool’s game, but I like to do it just the same. When comparing Wicca to other traditions I tend to look at the religions that grew up alongside of it. It’s possible to date the public start of the Wiccan religion to 1954 when Gerald Gardner released Witchcraft Today.** A few months before that a man by the name of L. Ron Hubbard established The Church of Scientology. Yup, I often compare and contrast Wicca with Scientology, and it’s not just because they are the same age.

Besides their dates of birth Scientology has a lot of parallels with Modern Witchcraft. Hubbard, like Gardner, was a fan of Aleister Crowley. Gardner’s infatuation with Crowley is more well known, most likely because Wiccans aren’t all that embarrassed by Crowley. The modern day Church of Scientology is less comfortable with Crowley and sees no reason to play up Hubbard’s interest in the man*. However Hubbard’s own words are rather telling, at one point Hubbard even refers to Crowley as his “very good friend” though the two men never met face to face:

“The magical cults of the 8th, 9th, 10th, 11th and 12th centuries in the Middle East were fascinating. The only modern work that has anything to do with them is a trifle wild in spots, but is a fascinating work in itself, and that’s the work of Aleister Crowley – the late Aleister Crowley – my very good friend.”-L. Ron Hubbard, 1952

Much like the Wiccan tenet of “An it harm none, do what you will” is most likely based on Crowley’s “do what thou wilt,” according to Hubbard’s son L. Ron Junior, Ron senior also looked to Crowley for inspiration in the early days of Scientology:

“The one super-secret sentence that Scientology is built on is: ‘Do as thou wilt. That is the whole of the law.’ It also comes from the black magic, from Aleister Crowley. It means that you are a law unto yourself, that you are above the law, that you create your own law. You are above any other human considerations.” 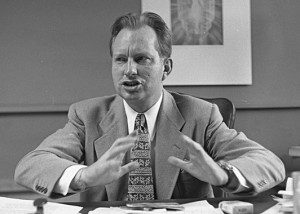 I’m not suggesting that Scientology is Witchcraft’s long lost cousin, it’s certainly not, but like Gardner’s Wicca it was very much a product of its time. But instead of looking to the past for inspiration, Hubbard looked towards the future. His “religion” would use “tech” (like the infamous e-meter) and approach the world through an allegedly scientific lens. Gardner’s Witchcraft went the other way, finding inspiration in the Middle Ages and antiquity. By claiming a historicity for his Witchcraft (something I think he very much believed in) Gardner saved all of us from a more authoritarian present.

One thing that Gardner articulated early on was that he was not the only Witch in town. By publicly stating that he was initiated back in 1939 Gardner created a hierarchy above himself. He further cemented the existence of other Witches by stating in Gerald Gardner (Gardner’s biography attributed to Jack Bracelin but most likley written by Sufi mystic Idries Shah):

“Old Dorothy called up covens right and left; although by witch law they should not be known to each other.”

By doing this Gardner unknowingly left the door open for other Witches to arise and in many cases question his legitimacy. If his version of Witchcraft could survive, why not another one? 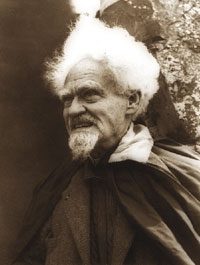 And over the years and later decades that’s exactly what happened. Other Witches came forward suggesting their versions of the Craft were older than Gerald’s. I’m dubious about a lot of those claims, but those individuals did add to how many of us do ritual and perceive Witchcraft and Paganism. Witches like Doreen Valiente even saw common-cause with nearly anyone who identified with the word “Witch.” Because ultimate authority rested in the past, no one in the present was able to turn themselves into Wiccan Jesus.

This is completely at odds with how Hubbard chose to run his new faith. He became the ultimate authority, any new level that could be reached in the church had to first be obtained by him. There were no initiators, or collaborators; his system allowed no one else to step forward and challenge his authority. By incorporating as a church he instituted a hierarchy that he could control. The covens that derived from Gardner held their own authority; there would be no answering to a Pagan Pope or Chairman of the Board.

By creating a decentralized structure the adherents of Modern Witchcraft also continued to walk between two worlds. Without institutions, and the control they often provide, Witches were never able to completely insulate themselves from the outside world. It’s one of the reasons many of us communicate so effectively. Contrast this with Scientology’s rather awkward message to the world outside its bubble. It’s forgotten how to speak individuals who aren’t a part of it. (Check out Tony Ortega’s Underground Bunker for some Scientology speak.)

So I’m thankful to early Pagans like Gerald who kept the door open. He could have established the “First Church of Wicca” and created an insular culture, but he chose not to. That choice is why the Craft has continued to progress and attract new adherents, while the religion that grew up alongside it seems to be in retreat. It’d be nice to have some fancy buildings, but I’m much happier having fancy and easy to access rituals and practices.

*And by extension rocket-scientist and occult mage Jack Parsons whom Hubbard ritualized with.

**An earlier version of this article had me switching “Witchcraft Today” with Gardner’s later book “The Meaning of Witchcraft.” I regret the error and thank Alaric Albertsson for pointing it out in the nicest way possible.

~Photos of Gardner and Hubbard from Wikipedia Commons.~ 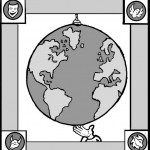 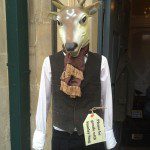