Paganism: A Tribe or Tribes? 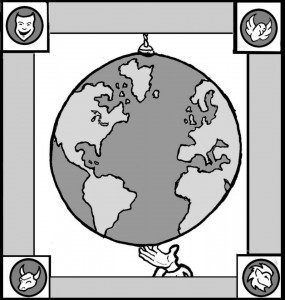 This past weekend I left unseasonably warm Northern California for unseasonably frozen (“cold” doesn’t do -15 degrees Fahrenheit justice) Detroit Michigan. Jumping from festival to festival makes for an exhausting twelve days, but the benefits generally outweigh the inevitable concrud and sore throat. PantheaCon tends to generate the most headlines in February, but ConVocation is also deserving of some attention.

In some ways “ConVo” lurks in the shadow of “Pcon.” It’s a smaller festival in what is often seen as a less desirable part of the country. The Pagan Blogopshere Illuminati descend upon PantheaCon en masse while ConVocation quietly and efficiently goes about its business. There are very few folks who go to both festivals, but I’ve been doing it for over ten years now and feel as if I’ve got a good handle on what makes each one different. (Note that I said “different,” I’m not implying that one is necessarily better than the other.)

Until this weekend I generally thought of the differences between the two festivals in rather general terms. “PantheaCon is nearly three times larger” and “ConVocation is more regional and less national,” but when someone asked me point blank “how are the two different?” I began re-evaluating my opinions. The two festivals are very different, and not just because one is bigger than the other. 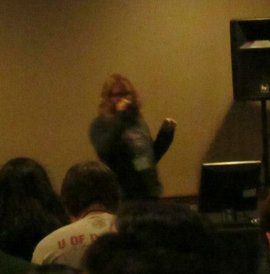 PantheaCon with its 2500 attendees (the “3000” number you often see bandied about is a bit of an exaggeration) is the size of a small town. There is just no humanly possible way to see everyone and everything at PantheaCon and with so many people in attendance at Pcon it’s completely possible to disconnect from much of what goes on at the festival. Ask ten people about their PantheaCon experience and you’ll most likely get ten very different stories.

Some people go to Pcon simply for parties or a particular track of workshops. Others go to completely immerse themselves in social justice issues or to attend as many different types of ritual as possible. Many attendees stay close to their friends and traditions, rarely venturing out into the larger world of Pagandom. With so much to do and with so many people in attendance it’s easy to build your own bubble at Pcon.

There’s nothing wrong with that approach, people go to festivals to get what they personally need, but it makes PantheaCon less a gathering of the tribe and more like a gathering of tribes. That’s why someone can go to PantheaCon and have a wonderful time and witness very little conflict, while someone else only experiences divisions and tension. Neither person is wrong, and one of them is simply not suffering from having their head in the sand, Pcon is the size of a small town. I’m about as plugged in as anybody and I often hear about the “big stories” after the fact.

The biggest way that ConVocation differs from Pcon is that it feels less like a gathering of the tribes and more like a gathering of the tribe. Some of this is most likely due to its smaller size (it’s impossible to host a specific one-off event for 1000 people) but I think there’s a bit more to it. It’s nigh impossible to completely insulate one’s self from the greater goings on a ConVocation because much of the festival is designed to be an experience shared by everyone.

They accomplish this by sometimes completely removing spiritual specifics from certain events. Saturday’s shared highlights revolve around a raffle and a masquerade ball. The raffle features Pagan stuff of course, and the masquerade ball is like a full-on Pagan Mardi Gras, but these are events with no sermonizing, politics, or attachment to a specific Pagan tradition. The only thing alienating about a masquerade is the music, and I simply use any playing of the Repo! (The Genetic Opera) soundtrack as an excuse to use the bathroom.

Ever heard the expression “less is more?” Sometimes I think it’s true. By limiting nighttime events to just one or two things ConVocation often creates a shared, simultaneous, experience amongst several different Pagan traditions. It’s harder to hide yourself from everyone else if the only place to go includes everyone else. Again this might simply be because one festival is smaller than the other and therefore can get everyone into one spot. I don’t have all the answers, and I love both festivals dearly, but it’s all worth thinking about.

A few other notes about ConVocation 2015

-There is less focus on social justice issues at ConVocation. I wouldn’t say those discussions are absent, just less prominent. The Midwest is far more diverse politically than the Bay Area (and Paganism is far more politically diverse than many give it credit for) and Detroit doesn’t have nearly the history of activism that Berkeley and Oakland do. That might account for some of the difference in tone between the two gatherings.

-I had a really nice chat with Michelle Belanger on Saturday night. It’s a small thing but it’s always nice to engage with other writers and speakers and listening to their toughts. We’ve sort of circled around each other for years, twenty minutes of uninterrupted conversation was a blessing.

-With karaoke and a masquerade ball ConVocation might be the only Pagan Festival where the DJ is an integral part of many of the goings on. DJ Dr. Tune even ran the big sound system for my Heavy Metal and the Occult workshop. There’s nothing like blasting a little , I mean Coven’s Pact with Lucifer. Thanks buddy!

-I had a full house for my Roebuck in the Ritual, a Robert Cochrane inspired Witch rite. It was the ritual that almost wasn’t too, my , Maid (to use Cochrane terminology) couldn’t participate because of a sick child, luckily for me Rev. Melissa Hill was able to step in and help me pull the ritual off. It’s so nice to know so many capable Pagans and have a rapport with them. Mel carried us into the world of “Traditional Witchcraft” Saturday night, and I felt lucky to be riding shotgun.

-I felt like a bit of a recluse the first 36 hours of ConVocation. I was busy dealing with the transitions here at Patheos Pagan and found myself doing some unscheduled writing Thursday and Friday. I hope no one noticed!

-There’s something me and Druids at Pagan Festivals, I tend to hang out with them a lot. Generally I just find that I appreciate their respect for scholarship and ritual. There’s also the organizational differences between a Druid grove and a Witch coven. One wants lots of members, and one of them a lot less. Because universal hospitality is one of their core values I’ve always felt welcome among the Druids.

-I wasn’t kidding about concrud in that first paragraph, I slept until 10:00 am this morning and as I finish typing these words at 8:30 pm I’m about ready to collapse at my keyboard.

Other thoughts on ConVocation:
Tribe of the Outsiders by Melissa Hill

Other thoughts on PantheaCon:
PantheaCon 2015; Pain, Healing Work, Allyship in Action and Coalition Building by Crystal Blanton
Pilgrimage to PantheaCon by Niki Whiting
PantheaCon is Priceless (Assuming One Can Afford It) by John Halstead
Racism and Activism at PantheaCon by Shauna Aura Knight
My Wonderful Moments by Gwion Raven
Hanging With My Peeps at Pcon by M. Macha Nightmare 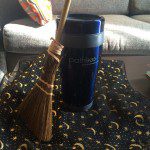 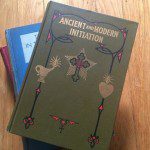 To Those Proselytizing Out Of Love:...
John Beckett
Related posts from Raise the Horns