Pagan Festivals and the .25% 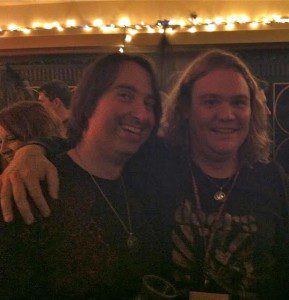 This week I’m heading to the PantheaCon festival in San Jose, California (located a grueling ten miles from my house). The following week I’ll be at ConVocation, a similar festival held just outside of Detroit, Michigan. I’ve been going to both of these “cons” for a little over ten years now and these days they sort of blur into each other becoming one giant, heaving, mass of Pagandom. Each festival is four days long, but add in travel time and one day to do my laundry, well, combined they turn into the ten longest days of my life every year. I’m not complaining, I go to festivals* because I like them, but between the presenting and the talking to (literally) hundreds of people they are pretty exhausting.

I visit festivals for a variety of reasons. Some of them are social; I like the concerts, parties, and opportunities for social interaction. Those are the things that make festivals fun for me because I mostly visit festivals for professional reasons. They provide a great opportunity to promote my stuff (this blog, workshops, my upcoming book) and to meet people who can help manifest those things (publishers, book store owners etc.). I also do a lot of workshops and panels at festivals, and those are work. I’m not sure everyone thinks of them that way, but it’s the right word to describe the process of putting presentations together and then sharing them. I knew what I was getting into when I started doing them, but they aren’t a walk in the park. 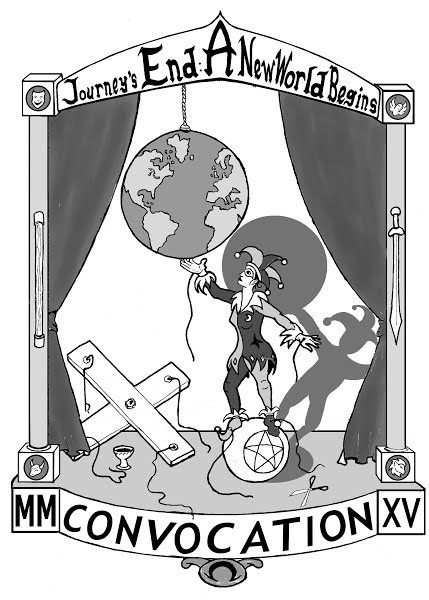 Over the next few weeks you are going to be reading a lot about festivals, and if you are a part of the great majority you won’t be going to any of them. During February/March there are four indoor festivals in the United States, and combined they probably attract all of 5000 people (and half of that is at PantheaCon alone). If there are two million Pagans in the United States and 5000 of them go to these indoor festivals, that adds up to about .25% of all of Pagandom. That’s tiny, and yet these festivals have a presence online so much greater than that of their actual attendance, and in a lot of ways that’s completely unfair.

It’s unfair because indoor festivals are extremely cost prohibitive, much more so than outdoor events. I can go to an outdoor festival for five to seven days for 150 bucks (plus food) but indoor gatherings often start at 500 dollars for a party of one. There’s the 80 dollar entrance fee, and then 100 dollars a night for the hotel room, throw in food and that creeps up to near 600 bucks. Some people live close enough that commuting from home is an option, but even people who live nearby often opt for the hotel. Part of the festival experience is immersing yourself within Paganism for the long-haul. It’s also possible to save some cash by crashing with a roommate or four, but it’s still several hundred dollars to attend, even if you work off some of your admission fee. (I know there’s going to be someone out there who says “I worked off my admission fee, swam to the festival, and then shared a room with nine people. The whole weekend cost me forty bucks.” Great for you, but that’s a big exception to the rule.)

In addition to the cost, indoor festivals are often over-represented by authors, bloggers, etc. I gave up trying to figure out how many people are “presenters” at a festival like Pantheacon, but there are over 102 workshops by Saturday at 7:00 pm. There’s gotta be over 200 plus concerts, workshops, and rituals on the schedule, which means maybe 100 different presenter types? That’s a lot of Pagans who like listening to themselves talk (that’s not really a diss because I’m one of them). One hundred public presenters probably translates to 100 people writing about their experiences in high profile outlets like Patheos Pagan and PaganSquare. Most of the bloggers I interact with (or read) on a daily basis will all be at Pcon, which means it’ll be hard to escape for a good week or two.

Out of all the festivals it’s obviously PantheaCon that wields the most clout. One now retired Pagan blogger said it was where we go “to litigate the Pagan umbrella” and he wasn’t far off. Many of the panels and discussion that start at PantheaCon resonate through greater Pagandom for months, even years. PantheaCon might be the only “national” Pagan gathering left in the United States. I meet Pagans from all across the country there. Part of it is surely geographic, San Jose is a reasonably nice place to visit in February (Friday’s high 75 degrees!), but PantheaCon is also well put together and in a Pagan-dense area of the country.

If you don’t live in the Northeast, the Bay Area, Detroit, or Minneapolis you are out of luck when it comes to Winter gatherings, but you may not be for much longer. I do think that smaller indoor events are the way of the future when it comes to Pagan festivals. The space needed for an outdoor festival is often too remote to attract a large crowd, and there are many of us who have outgrown tents. Hotels have the convention space and it’s an easy option for those who can afford it. I certainly would have never come to PantheaCon if it were a camping event, flying my outdoor gear across the country is not an option. So patience, as we grow opportunities to be a community will grow too.

So I guess what I’m saying if you can’t get to ConVocation, Paganicon, Sacred Space, or PantheaCon don’t fret because you aren’t alone. If anything you are the very clear majority.

For those of you going to PantheaCon you can see me at:
The Good, The Bad, & The Blogging Friday at 1:30 pm. This is a panel with my buddies here at Patheos Pagan.
The Horned God 2.0 Friday at 3:30 pm. This is a completely deconstructed and rebuilt talk on the Horned God.
Tradition vs. Innovation – A Panel Discussion Saturday at 1:30 pm. It’s me and a bunch of more famous people on a panel.
Heavy Metal and the Occult Saturday at 3:30 pm. 142 slides, 46 minutes of music, get your metal on!
There’s also a Patheos Pagan Blogger Meet and Greet on Friday, and a bunch of other stuff I’ll be around for. (I’m already tired.)

For those of you going to ConVocation you can see me at:
Heavy Metal and the Occult Thursday at 10:30 pm. That’s 7:30 Pacific Time, I should be raring to go.

Finding the Heart of Pagan Ritual Friday at 2:00 pm. All about writing not sucky ritual.
The Horned God 2.0 Saturday at 2:00 pm. Me talking bout what I talk about best.
The Roebuck in the Ritual Saturday at 9:30 pm. Robert Cochrane style ritual led by yours truly.

As for the other 99.75% of the Pagan world you can see me hear at Raise the Horns.

-That picture at the top of the page is me with Christopher Penczak last year. We are both so vain that we took off our glasses right before Angus McMahan snapped that picture.

*Calling a Pagan event a “con” doesn’t feel right to me, I nearly always call them all festivals, whether they are indoors or out. 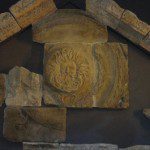 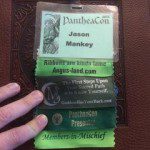 February 17, 2015 Finding the Common Ground at PantheaCon
Recent Comments
0 | Leave a Comment
"I've been thinking a lot in these pandemic years about how I miss festivals, especially ..."
Virginia Brubaker Astonished & Influential Witches Yesterday & ..."
"I think it likely that two of these questions might combine into an answer. Namely...I ..."
BrigidsBlest Can We Lose Deities? Fuzzy Polytheism, ..."
"People often focus on the nature connection of the gods and goddesses, but they have ..."
WildestSea Can We Lose Deities? Fuzzy Polytheism, ..."
"If Mars is a dead planet, or if the life there is not hospitable to ..."
Gordon Cooper Can We Lose Deities? Fuzzy Polytheism, ..."
Browse Our Archives
get the latest updates from
Raise the Horns
and the Patheos
Pagan
Channel
POPULAR AT PATHEOS Pagan
1