Can There Be Paganism Without the Occult? 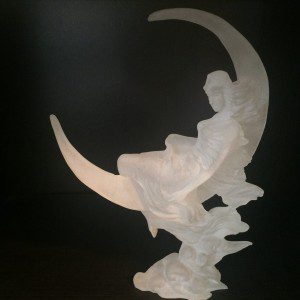 I think the word “occult” gets a bad rap. I think when a lot of people use it today they think of the Illuminati, triangles on dollar bills, Satanism, and perhaps high magic in the vein of The Key of Solomon. At its core occult simply means “hidden,” as the word is derived from the Latin occultus. I’ll admit to being a fan of the occult, and my favorite section of the school library was the “New Age & The Occult” from a very early age. (At least once I got over my obsession with dinosaurs.)

A commenter on this site wrote in response to a recent article:

“Why aren’t people flocking to paganism? Because of all the occult nonsense. As long as paganism has any association with the occult, with magic, with witchcraft*, not many people are going to go with it. I’d say that most people outside of pagan communities regard paganism as a kind of mental illness.”

Ah yes, occult “nonsense.” If only Paganism could get rid of its occult trappings, then we’d be all set for the future . . . . . .

Of course Modern Paganism’s very roots are in the occult. I guess it’s possible to have a Paganism minus the occult but it wouldn’t contain very much. An “occult free” Paganism might consist of a love for the Earth and a lot of tree-hugging, maybe some holidays, but that’s about all it would have.

The first long-lasting Modern Paganism was and is Witchcraft (or Wicca if you prefer, Gardner called it Witchcraft in his books). Witchcraft arose from several occult traditions; things such as high magic, grimoires, and the Golden Dawn. Anyone who claims “cunning-craft” as a part of their lineage is acknowledging another occult tradition. Things like Freemasonry with its secret initiations and handshakes certainly meets the classic definition of the occult (going back to hidden), and that was a major influence on all sorts of Pagan and magical groups-pre and post Gerald Gardner. I know that not every Pagan practices Wicca, but it’s certainly been influential, and it’s most definitely an “occult tradition.”

of or relating to magic, astrology, or any system claiming use or knowledge of secret or supernatural powers or agencies. 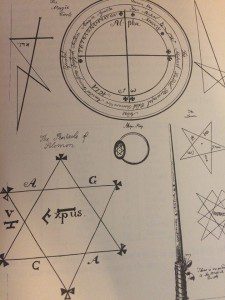 The phrase “supernatural powers or agencies” could very well imply any belief in deity or ancestors, especially if you petition those entities for favors or help. I’ve always thought of astrology as an occult practice (though I was told the other day that it was a “New Age” one), and most certainly the practice of magic.

Perhaps the dumbest part of the comment that inspired this article is the idea that people purposefully distance themselves from anything having to do with magic or the occult. That’s always been complete nonsense. We live in a society that loves magic and the unknown. Yes, most of us who believe in those things also enjoy science, but magic and other “hidden” things are all around us everyday. If people really hated those things they’d try harder to put a stop to them.

There are other things I don’t have statistics for, but “dream catchers” are an occult thing. Nearly any sort of “good luck charm” can be looked at as a magical item. How many people still hang horseshoes above their front-door? Superstitions certainly represent a “hidden knowledge;” the smart people knock on wood and throw salt over their shoulders for instance. Perhaps some people are uncomfortable with traditional pictures of witches and sorcerers, but that’s a cosmetic problem, it’s got nothing to do with our beliefs. 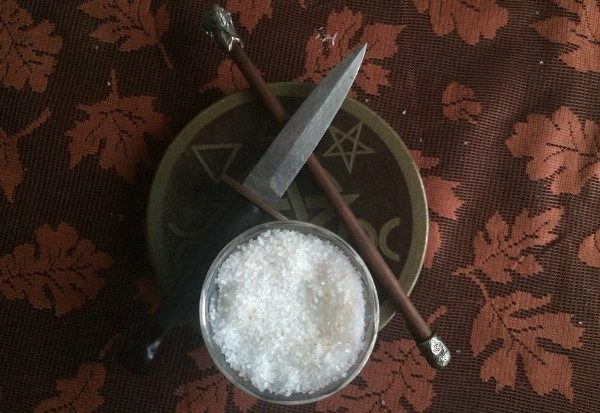 Dig a little deeper and a Paganism completely divorced from its occult past would have some seriously crappy rituals. Quarter calls? Sorry those come from the Masons and the Golden Dawn. How about casting a circle? Nope, that comes from the grimoires and other occult texts. Does your altar contain any tools? If it does most of those come from occult traditions too. Even something like herbalism dates back to ancient pagan (and even pre-pagan times) and a lot of it was based as much on science as it was on superstition, luck, and what people thought of as magic. As I said, a Paganism without the occult is pretty slim pickings.

One doesn’t have to believe in occult things to be a Pagan, but to mock those of us with occult beliefs is to mock the very beginnings of Modern Paganism. To be honest, it’s really just an asshole move and won’t win you any friends. I love my Pagan practice because of its occult elements, not in spite of them. I’m a Pagan Witch because I love my gods, I love the way we do ritual, I love the energy we create in circle, and I love the connections it creates over space and time. 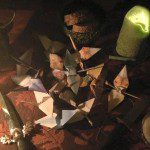 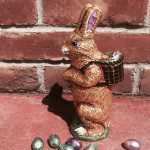 March 31, 2015 A Pagan Celebrating Easter
Recent Comments
0 | Leave a Comment
"Mabon's my favourite, I was surprised how low it was. I didn't expect it to ..."
Nekoshema Your Favorite Sabbats (Or Sabbats By ..."
"Love this! We often just call it "Pagan Thanksgiving" and have done with it. It's ..."
Seba O’Kiley Mabon: The Most Pressing Issue of ..."
"Well done, Jason!"
Angus McMahan Mabon: The Most Pressing Issue of ..."
"One thing I can't understand about Buckland's altar set-up is that he recommends a drinking ..."
Nicholas Chiazza Books Aging Poorly: Scott Cunningham’s “Wicca”
Browse Our Archives
Related posts from Raise the Horns