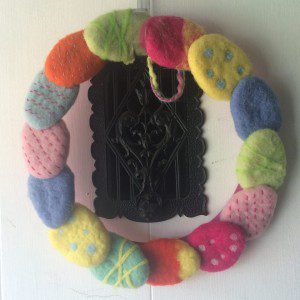 I don’t really celebrate Easter, but I kind of like it none the less. Easter’s a strange holiday, it’s a big holiday in America but it kind of exists on the periphery. It’s not nearly as overwhelming as Christmas, most businesses don’t close for the holiday, and it’s connection to a lunar calendar means that no one’s ever really sure when it is from year to year. Stores are still full of chocolate bunnies and jellybeans, but Easter is more a part of the Spring season than the defining moment within it.

Growing up Easter was a part of my family’s holiday calendar. It was one of the few “present holidays” (usually a stuffed animal when I was younger, perhaps a pair of shoes as I grew older) we celebrated so it was always kind of exciting. I don’t want you thinking I liked Easter just because I got stuff, I liked it because it was a change from the ordinary. Maybe you grew up with Easter egg hunts on a monthly basis, but for me they always felt like something out of a story, not something I’d ever get to experience in real life. 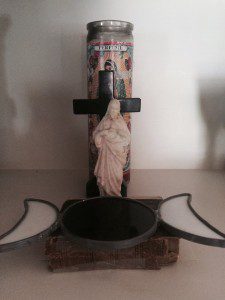 As I got older and the Methodist Church began to consume more of my life Easter took on new meaning. I’m sure part of my love for the holiday came from the unique ways it was celebrated at my church. I have fond memories of waving palm leaves on Palm Sunday and sunrise serves on Easter morning. One of my biggest problems with Christianity before I left it behind was just how spiritually dormant it often felt. The one time of year it actually felt alive was a dead guy came back to life.

There was a large Catholic Church near where I used to live in Michigan. For most of the year they kept a stained glass picture of Jesus lit up at night. The two nights a year they turned those lights off were the Friday and Saturday before Easter. By the time I had discovered this little tidbit I had long given on Christianity, but I loved that particular tradition. I used to go and sit on that church’s front-steps every Easter Eve reflecting on gods somewhat connected to Jesus over the years. Deities like Dionysus, Tammuz, Adonis, and Osiris. I realize today that those connections are rather tenuous, but I still hold onto some of them.

Perhaps it’s all a bit naive but I still like to think that many of the world’s great religious traditions are somehow all linked together. No religion steps out of the spirituality petri-dish fully formed, so there are always connections between various faiths. Christianity still contains a little ancient Hellenic pagan DNA, and Judaism will be forever linked with the polytheisms of the Canaanites. Easter always offered a moment to reflect on religious commonalities, or at least search for them. 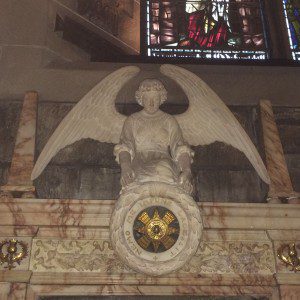 One of the things I most love about Modern Paganism is how it holds onto mythology. We don’t take it all literally of course, but we find value and truth within it. We love the idea of the miraculous in history and looking at the world with a sense of awe. So much of Christianity is lost in theology and rules of do’s and do not’s, that it forgets the power of myth. Easter is their moment to embrace the myth, even if a lot of them confuse it with history.

In the darkness on those church steps I used to think a lot about transitions and new beginnings. It’s easy to think of “new” in the Spring, but it was always a little bit more than that. The 36 hours Jesus spent dead in that cave were an initiation of sorts. Coming back on Easter Sunday he then became more than what he was. (I know many Christians aren’t going to agree with that, but as a Witch I think it’s a pretty obvious way of looking at things.)

The theology of Easter weekend has always been awful and screwed up, but Easter-season as a time of initiation has always appealed to me. I was baptized and confirmed in the Methodist Church on a Palm Sunday, and initiated as a Witch shortly after the Spring Equinox twenty years later. In the New Testament Lazarus is raised from the dead on the Saturday before Palm Sunday. This weekend my coven will engage in some initiation rites, it feels like the right time of year for it. 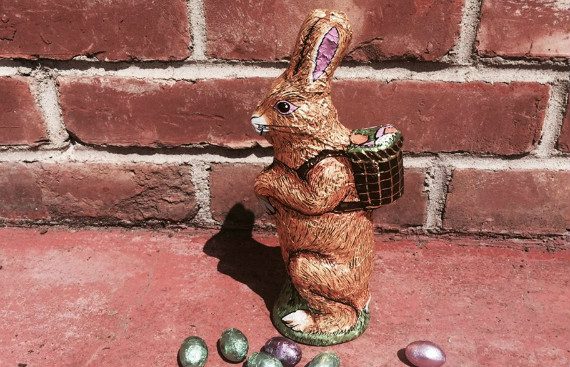 Just how “ancient pagan” many Easter celebrations are is a matter of debate, however there’s no denying that Easter is pagan in the sense that it reflects the turn of the seasons. Easter is the Western World’s “Spring Festival du jour,” its popularity in the United States is most likely connected to how little Jesus actually remains within it. Certainly Jesus is a big deal in churches, but the trappings of the holiday are about the Earth’s rebirth and fertility.

Much of modern society seems to operate at a disconnect from the Wheel of the Year. That’s one of the things I love about Easter, it provides a gateway to appreciating the natural world. Most modern visualizations of the holiday feature outdoor scenes spent in Spring’s warm sun. That’s how I picture my Spring-time holidays, and I’m glad that millions of others get that opportunity too.

I was asked to share some reflections on Easter for a popular Christian podcast and talking about that “other Spring holiday” reawakened some long dormant feelings inside of me. Those feelings didn’t make me want to run back into the arms of Jesus or anything, but they did remind me of why I loved Easter so much as a child and why a part of me continues to hold onto that in adulthood. There’s no appropriation here, I simply take from Easter what’s already there; a holiday that celebrates the natural world and connects those who celebrate it to paganism’s past.

I won’t celebrate Easter this Sunday, but I will take a moment to honor it. 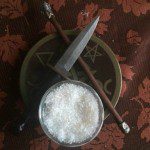 March 24, 2015
Can There Be Paganism Without the Occult?
Next Post 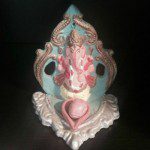 What Makes a Sacred Place Sacred?
We intuitively understand that some places are sacred. They’re special, they’re powerful,...
view all Pagan blogs
What Are Your Thoughts?leave a comment
Copyright 2008-2020, Patheos. All rights reserved.