12 Reasons You Can Call “God” Mother 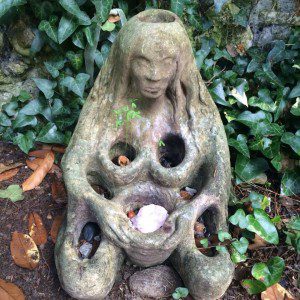 There’s a push in the Anglican Church to refer to Yahweh/Jehovah-God as “Mother” from time to time. I think this is a fabulous development, but there are some who disagree. A writer here at Patheos recently offered “12 Reasons You Can’t Call God Mother,” his prerogative, but I’ve got 12 very good reasons to call “god” Mother, or Mom if you want*.

Before we start I thought I should offer a quick definition of “god,” something that can vary from person to person.

1. the perfect and all-powerful spirit or being that is worshipped especially by Christians, Jews, and Muslims as the one who created and rules the universe

2. a spirit or being that has great power, strength, knowledge, etc., and that can affect nature and the lives of people : one of various spirits or beings worshipped in some religions

3. a person and especially a man who is greatly loved or admired

Pretty much everything listed here is “a spirit or being that has great power,” there are also some examples of the “the perfect and al-powerful spirit . . . worshipped especially by Christians . .” just for fun. (I certainly don’t need to justify my beliefs through their dogma.) I’m sure Christian theologians will say I’m taking my examples out of context, but this is a Pagan blog, not a Christian one.

1. Gaia was the Greek Mother Goddess. Without Gaia there would be nothing, in Greek mythology she literally gave birth to universe. Her children were the Titans of old, and she paved the way for the Olympians to rule the Earth by raising her grandchild Zeus. If there was ever a being worthy of the title “god” it was certainly Gaia.

4. Mother Nature can (and will probably) kick your ass. We use the term “Mother Nature” because of how the Ancient Greeks interpreted the world. What’s amazing is just how well that’s been working for the past 2800 years or whatever. Turn on the evening news and you’ll hear people continue to talk about “Mother Nature” and the power she possesses. That the natural world is feminine, powerful, and worthy of awe is an ingrained part of our culture in the Western World.

5. “Listen to the words of the Great Mother, who was of old also called Artemis . . . Bride, and by many other names.” Personally, this is all I really need to pray to “Mother,” and I don’t think anyone will ever surpass Doreen Valiente’s explanation of it. “Let my worship be within the heart that rejoices . . . . I have been with thee from the beginning; and I am that which is attained at the end of desire.” So much of my practice today is built around individual gods and goddesses, but when the night is darkest, it’s the “Great Mother” to which I turn.

6. The first deities were very likely goddesses. It’s hard to say with absolute certainty what the first depiction of deity was. Could it have been The Sorcerer at Trois Frères in France? Possibly, but the figure most popularly known as The Venus of Willendorf is far older, like 15,000 years older. Is this a great Mother Goddess? It makes the most sense, and it predates any worship of a “Father-god.” The first deities were goddesses, not gods.

7. Deity speaks to each of us in different ways. I love just how confident some people are in their “rightness.” Deity works in mysterious ways, and always has. If someone feels called to “God” Mother that’s between the individual and the deity being addressed. Why do people think that things they aren’t involved in are somehow going to hurt them?

Everyone likes to call god Mother (and if you want some theological meat read this). 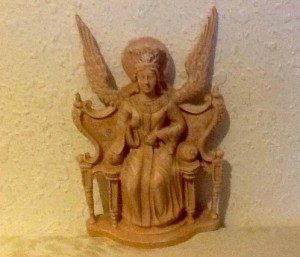 8. So God created mankind in his own image, in the image of God he created them; male and female he created them. That’s straight from the Book of Genesis, and in Genesis Chapter One Yahweh-god creates men and women in his image. The implication here is obvious, there’s a “female image” that’s a definite part of Yahweh. So he’s both male and female, which means calling him “Mom” is completely appropriate.

9. Yahweh and his Asherah. Yahweh-god once had a wife, and she was worshipped right along with him in the Hebrew Temple in Jerusalem. As a married man I can tell you who rules my household (my wife) and I’m going to assume it wasn’t much different for Yahweh back in the day. In order to preserve marital harmony it would probably be a good idea for Yahweh to let his people thank his wife during church.

10. Does not wisdom call out? Does not understanding raise her voice? Proverbs Chapter 8 is one of the most puzzling passages in the entire Hebrew Bible. Instead of Yahweh or his prophets narrating the proceedings we are introduced to “wisdom” the first of Yahweh’s works: “The Lord brought me forth as the first of his works.”

Wisdom is undoubtedly powerful too: “I have insight, I have power. By me kings reign and rulers issue decrees that are just; by me princes govern, and nobles-all who rule on earth.” That sounds like a god to me, and she even calls the Hebrews her kids: “Now then, my children, listen to me; blessed are those who keep my ways.” Perhaps Wisdom is a part of Yahweh and not necessarily his child, but even if that’s the case it’s a very feminine form of the god, and one worthy of being called Mother.

11. Many Gnostic Christians seem to think of God as Mother and Father. One of my favorite gnostic passages is a poem now known as Thunder, Perfect Mind. Reading like a gnostic-Charge of the Goddess, the goddess in Thunder says: “For I am the first and the last. I am the honored one and the scorned one. I am the whore and the holy one. I am the wife and the virgin . . . .” Calling her “Mother” seems like the least we could (and should) do!

Catholic Answers even says that Mary “also supplied all of the genetic matter for his human body” which would make a part of God female right? Again Catholic Answers has my back here:

“Since Mary is Jesus’ mother, it must be concluded that she is also the Mother of God: If Mary is the mother of Jesus, and if Jesus is God, then Mary is the Mother of God. There is no way out of this logical syllogism, the valid form of which has been recognized by classical logicians since before the time of Christ.”

I’m off to go worship the Goddess and most certainly call Yahweh Mom because it pisses off his more rabid followers.

*I don’t see any reason to link to the writer in question, since the individual in question has comments on his blog set to “off.” 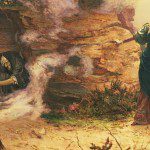 June 2, 2015
Unbroken Traditions, Or, How the Death of Traditional Wicca Is A Myth
Next Post 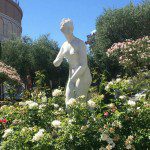 June 8, 2015 Pagan Pilgrimage: Las Vegas!?!
Recent Comments
0 | Leave a Comment
"Mabon's my favourite, I was surprised how low it was. I didn't expect it to ..."
Nekoshema Your Favorite Sabbats (Or Sabbats By ..."
"Love this! We often just call it "Pagan Thanksgiving" and have done with it. It's ..."
Seba O’Kiley Mabon: The Most Pressing Issue of ..."
"Well done, Jason!"
Angus McMahan Mabon: The Most Pressing Issue of ..."
"One thing I can't understand about Buckland's altar set-up is that he recommends a drinking ..."
Nicholas Chiazza Books Aging Poorly: Scott Cunningham’s “Wicca”
Browse Our Archives
Related posts from Raise the Horns