Unbroken Traditions, Or, How the Death of Traditional Wicca Is A Myth

Unbroken Traditions, Or, How the Death of Traditional Wicca Is A Myth June 2, 2015 Guest Contributor 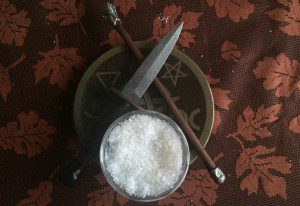 A popular blogger, Sarah Anne Lawless, re-posted a version of her article “Breaking Tradition…” she initially wrote two years ago with additional comments. It’s an interesting read and she is undoubtedly a talented writer, so I invite you to read her post before reading mine. However, with all due respect to Sarah Anne Lawless, while it provides an interesting insight into the perspective of another Witch (and thereby to some parts of the Witch/Pagan community as well) her post demonstrates some problematic and inaccurate perceptions of traditional paths and those who follow them. In fact, I found her post expressed a very myopic view of the matter and suffered greatly from an issue with numbers.

The first problem with her post is her frequent use of the word “many” when describing the needs, wants, and experiences of “the younger generation” of which she focuses much of her post. I, as a member of this younger generation she discusses, take issue with how she speaks to our experience as if hers defines it, even if she tries to couch it with broad adjectives like “many”, no matter how many good friends and Elders she’s spoken about this with in-depth. I found her use of the term to be intentionally nonspecific while simultaneously and obviously implying a real and appreciable quantity of the Witches of my generation agreed with her opinion when, in fact, a more accurate quantification (without actual statistical data) would be more appropriately phrased as “many of the Witches SHE knows/has spoken to.” This is the sort of generalization that gets circled in red-ink on a college paper with the notes “HOW MANY? WHO? SOURCE?”

Now while this might, at first glance, seem like minutiae, when part of her premise is founded upon the idea that traditional spiritual paths have become unappealing to an entire generation en masse, it becomes a rather important detail. Without actual research (something she bemoans later on in her paragraph about “fakelore”), we only have anecdotes and can only speak to our own experiences and those with whom we’ve shared discourse, which is what I do herein; not an entire generation or even a trend.

Case in point, my experience and “many” of those of my peers (with whom I’ve discussed this topic) has been the exact opposite of what she describes: we have found this “evolution” of witchcraft to be lacking and unfulfilling and have instead sought out these so-called “outdated” traditional paths. In stark contrast to hers, it has been my experience that a lot of young people are coming to traditional paths having found insurmountable limitations to what is freely available and published on witchcraft. And as a member of one of these traditions, I would characterize the current growth of these traditions as driven by the renewed interests of my generation.

As a matter of fact, every serious seeker and almost every new addition to our numbers that I am personally aware of (and there are quite a few each year) has been a member of my generation–this “younger generation” Sarah claims is “not interested.”

The most problematic parts of her post, though, are her completely alien (and inaccurate) descriptions of these traditions. I do not know Sarah’s background beyond what she has published here, which does not indicate any sort of initiation into a traditional Wiccan coven, but the way she writes of these traditions leads me to the conclusion that she isn’t personally familiar with their practices. 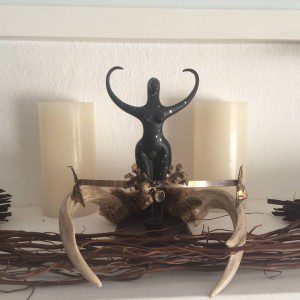 YMMV But Are We Even on the Same Road?

The most problematic parts of her post, though, are her completely alien (and inaccurate) descriptions of these traditions. I do not know Sarah’s background beyond what she has published here, which does not indicate any sort of initiation into a traditional Wiccan coven, but the way she writes of these traditions leads me to the conclusion that she isn’t personally familiar with their practices.

There is nothing to prevent one from being a participant in a traditional path and also experiencing “personal gnosis, mysticism, direct ecstatic experience, and spirit initiation.” She frames these things as if they are mutually exclusive; they are absolutely not.

She talks about “ecstatic ritual … full of nudity, body paint, drumming, trance, possession, and ecstatic dance” as if this doesn’t or couldn’t happen in traditional groups; it does. Hell, in my experience it happens to a greater degree of frequency and intensity than it does in a “non-traditional” group, or, to borrow her phrase “informal group”.

She refers to an elder of a “well-known and well-lineaged witchcraft tradition” who only taught and practiced “… controlled external rituals, not wanting anything to do with internal process or personal gnosis.” I do not know this elder or what tradition (s)he practices but it sounds unlike any traditional Wiccan praxis I’ve ever experienced or heard of. Nor does a praxis that requires “the same ritual format for every type of ceremony performed in the group…. the same ritual at every esbat and sabbat rite, every spell-working for the coven, and every handfasting and baby blessing…” or one that only ever does a circle-casting.

The only thing Sarah seems to hit on the nailhead is that traditional covens require that its members devote the time needed to do the Work. But while she clearly sees this as a drawback, I would frame it as a boon. The Work is serious, it’s deep, it’s life-altering (sometimes shattering, by reports), and it requires its pound of flesh. Not everyone is in a place in their lives to make such a deep and intense commitment and our traditions not only survive but thrive because only those who can actually do.

All about That Fakelore

It only makes me wonder more how familiar Sarah is with the inner-workings of traditional covens that this should even come up as a point of contention. Certainly, there are many people in these younger generations “who know that the burning times, ancient Wiccans, ancient matriarchal goddess-worshipping cultures, and the maiden-mother-crone are modern myths….” but there are just as many, if not more, I’d dare to say, in the older generations. (For evidence, go jump into any pagan or witch forum on the internet and talk about “NVR AGAIN TEH BURNING TYMES” and see the composition of the age make-up.) And what’s more, this “fakelore” that concerns her so much is not really native, let alone integral, to the practice of traditional Wicca. 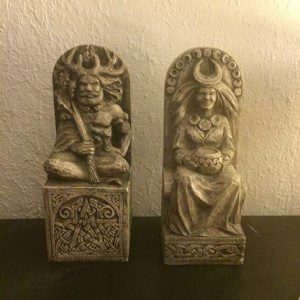 And, as an aside, I’m not sure what Elders Sarah is using as reference for her comments but they are surely unlike any of the Elders I know. None of the Elders I know “simply stopped reading and researching new material after a certain point along their spiritual paths.” Paired with her earlier comment that many of the Elders she knows are “horrified” at the goings-on at a pagan festival make me ask what these particular Elders she’s familiar with have been doing all these years while the Elders I know not only continue to research, learn, and innovate but can recount lascivious stories of a bygone era that would make even the most sex-positive, leather-clad, freak-flag-waving queen blush.

The only thing Sarah and I seem to agree upon is that many in my generation have sought or are seeking “a spiritual path that would challenge them on a psychological as well as spiritual level, heal them, and help them face their fears and demons.” But despite her arguments to the contrary, “many” of us have found that in traditional paths.

About our guest: Benny Bargas is a Gardnerian Witch from the Philadelphia area, and has been a practicing Pagan for the last 17 years. To read more from Benny check out his blog: The Jackal, Stag, and Crescent. 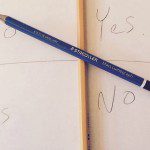 May 27, 2015
My New Favorite Demon: The Charlie Challenge
Next Post 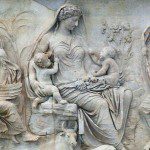 June 3, 2015 12 Reasons You Can Call "God" Mother
Recent Comments
0 | Leave a Comment
"I've been thinking a lot in these pandemic years about how I miss festivals, especially ..."
Virginia Brubaker Astonished & Influential Witches Yesterday & ..."
"I think it likely that two of these questions might combine into an answer. Namely...I ..."
BrigidsBlest Can We Lose Deities? Fuzzy Polytheism, ..."
"People often focus on the nature connection of the gods and goddesses, but they have ..."
WildestSea Can We Lose Deities? Fuzzy Polytheism, ..."
"If Mars is a dead planet, or if the life there is not hospitable to ..."
Gordon Cooper Can We Lose Deities? Fuzzy Polytheism, ..."
Browse Our Archives
get the latest updates from
Raise the Horns
and the Patheos
Pagan
Channel
POPULAR AT PATHEOS Pagan
1