I have read a lot of negative comments over the years about selling spell-work, and while I don’t believe that one should be paid to teach the Craft, I have no issue with people selling spells, heck I’d even argue that it’s a part of our magical heritage.

As a Witch I think of English-cunning-folk as spiritual cousins. We probably don’t worship the same gods (or god) but we utilize many of the same magical techniques (most cunning-folk were well versed in ceremonial magic). And just in case anyone’s forgotten, cunning-folk practiced magic for cash. It was a job, they were paid for their work, and they charged like professionals for it.

Owen Davies in his book Popular Magic: Cunning-folk in English History writes extensively on the selling of magical services for money:

“During the nineteenth century the average price for unbewitching was around a pound. In 1838 a Lincoln wise-man charged a guinea to cure a bewitched man. In 1875 a Devon cunning-man charged a pound to unbewitch a laborer, though he accepted payment in installments. Ann Fare, of Tiverton, Devon, lightened the pockets of a sixteen-year-old laborer of twenty shillings . . . . William Contton of Rolvenden, extracted a total of twenty-five shillings to drive evil spirits out of an elderly woman . . . Although a pound was still a lot of money to a poor laborer, it could be argued that such charges were competitive. Similar sums were often paid out to qualified doctors and veterinarians without positive results.”-Popular Magic, pages 87-88

In 2015 it’s easy to dismiss cunning-folk selling unbewitchings as nonsense, but in the minds of the afflicted it was a valuable service.. Cunning-folk were able to charge a pound in 1838 because many of them had good reputations as magicians. Cunning-folk relied on positive reviews as much as anyone else in the Nineteenth Century. (And a pound in 1838 wasn’t that much money, about 66/67 pounds in today’s currency or 106 US dollars, abut the equivalent of a one hour tarot reading at Treadwells in London.)

Cunning-folk did more than charge for reversing the evil eye. They charged for astrological charts, love spells, finding buried treasure, and just about anything else you can think of. Some cunning-folk approached their work as a full-time job, others as a sideline, but they all generally charged money, or traded their expertise for a favor or a physical item.

Cunning-folk weren’t alone in selling their magical expertise. In the Americas, root-workers and conjurers happily charged for their services, and still do. In Ancient Rome people sold curse tablets and magical amulets. Magick has long had a price tag attached to it. Why does that seem to bother so many people today?

I’ll admit that it doesn’t thrill me when I see the word “Wiccan” attached to a for-sale spell, but honestly, you and I aren’t probably their target audience anyways. As long as people take pride in their craft and strive to do good magical work I’m not going to get my robe all up in a bunch about it. Chances are you know someone who sells spellwork or does divination for money. I’m willing to bet that the majority of people doing it are doing it for the right reasons, and yes, feeding your family also counts as a “right reason.”

It’s also worth pointing out that magical work is often separate from spirituality. Cunning-craft looks a lot like Modern Witchcraft, but its practitioners were generally Christians, same with root-doctors. Magic has long been looked at as a skill, and not a spiritual calling.

If you don’t like the selling of spell-work, don’t buy it, but to say it doesn’t have a place in our world just isn’t true. It’s a part of our very foundation, and will continue to be for years to come. 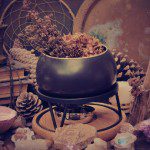 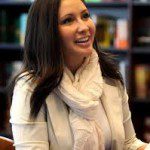 June 25, 2015 A Letter to Bristol Palin
Recent Comments
0 | Leave a Comment
Browse Our Archives
get the latest from
Raise the Horns
Sign up for our newsletter
POPULAR AT PATHEOS Pagan
1