Mabon Outrage (and Why We Love the Autumnal Equinox)

A lot of people don’t like the word Mabon to signify the Autumnal Equinox. I get it, I’m not a fan of it either. However, I don’t think that Batman should be abusing his ward over it. If Robin wants to use the word Mabon, that’s fine.

Mabon has been in use since the 1970’s, when was coined by Aidan Kelly. (I’ve chronicled some of that history elsewhere, so I won’t repeat it here, but you should definitely click that link if you are unfamiliar with how the word ended up signifying the Autumn Equinox.) By the end of the 1980’s it was in pretty much every book about Wicca and/or Paganism. I grew up with the word “Mabon” as the first day of Fall, and I believed that it was an old word generally attached to a late September harvest festival.

But until Kelly there was a never a holiday called Mabon, and until Modern Witchcraft no Fall Equinox celebration either. There was once an English holiday named Harvest Home, but it didn’t have a fixed start date and certainly wasn’t related to the solar year in an exacting sense. When the harvest was gathered it was time for Harvest Home, so its start time varied from place to place. Harvest Home celebrations go back to at least the 1500’s, which means that there are some rather old customs associated with September harvests, but that’s a far cry from an unbroken chain of Autumnal Equinox celebrations dating back to pagan antiquity.

The relative ease in which “Mabon” came to dominate the Fall landscape can probably be placed at the foot of the United States. I know some Witches who use the term Harvest Home exclusively, but that term doesn’t mean much to the average American. We never really celebrated Harvest Home (though some of its customs would be absorbed by the American Thanksgiving), so it has no history for us. “Mabon” sounds historic in the way that Imbolc, Samhain, Beltane, Yule, and Lughnasadh sound historic. That Witchcraft was a genuine pagan survival was gospel truth to a majority of Witches up through the 1990’s (and there are many today who don’t like me personally because I believe otherwise), so of course all of our holidays had to have archaic names.

I’ve often thought of the Fall Equinox as one of the “greater sabbats” (in place of Lammas) because Americans have long placed a strong emphasis on September as a month of change. It’s when the grain harvest comes in, and in many regions its when apples are being picked (even true here in California). Post-Labor Day has always been the start of Fall in the United States, wanting to celebrate that in a big way feels very natural to a lot of us. That a whole lot of people didn’t want to call that celebration “The Fall Equinox” or even Harvest Home makes sense to me.

What bothers me so much about Batman hitting Robin in the photo above is that as a detective Batman should have been more appreciative of the Boy Wonder. “Mabon” says a lot, it directly means a “Modern Pagan celebration of the Fall Equinox, generally celebrated as the second harvest.” In this particular instance Robin was greeting Batman as a fellow Pagan* and not as a scientist.

Don’t like the word Mabon for the Equinox? The easy answer is to simply not use it. I think arguing with people about it is rather petty and pointless, but if you feel the need to do so, please be nicer about it than Batman.

*Because of course Bruce Wayne and Dick Grayson are Pagans, why wouldn’t they be? They hang out at night, dress in fabulous outfits, and are able to dodge bullets by simply jumping around. If that last part isn’t a spell I don’t know what is. 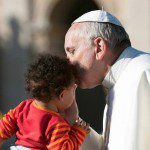 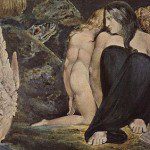 October 2, 2015 10 Things I Wish Everyone Knew About Modern Witchcraft
Recent Comments
0 | Leave a Comment
"Mabon's my favourite. I don't like the heat and it's so hot by the time ..."
Nekoshema The Summer is for Pagans
"I get so frustrated with the current youthful fad of saying Witchcraft isn't a religion, ..."
Wolf Worship Is More Than Words & ..."
"Setting the price too low will actually hurt attendance.It signals that the event probably isn’t ..."
kenofken Festivals & Authors
"A full weekend of well programmed presentations should cost $300, bare minimum. $120 is peanuts. ..."
kenofken Festivals & Authors
Browse Our Archives
Related posts from Raise the Horns