10 Things I Wish Everyone Knew About Modern Witchcraft

I am a Witch. I don’t think I match most people’s perceptions of what a Witch is, but I am one none the less. I practice magic, worship many deities, and do my ritual business in a well cast magical circle. I also watch a lot of professional football, wear Batman underwear most of the time, and think buffalo chicken is the height of modern culinary culture.

Modern Witchcraft is a vital and living tradition, but one shrouded in mystery and misconceptions. This is one Witch’s attempt to lift up the veil a little bit.

Witchcraft Can Be a Religion    For me Witchcraft is primarily a spiritual discipline. In the early 1950’s an Englishman named Gerald Gardner claimed to be a practicing Witch who followed a Witch-religion. His interpretation of Witchcraft became one of the most popular interpretations of Witchcraft in the Western World, especially amongst practitioners. The Witchcraft he articulated is also called Wicca, and for many Witches there is a clear line between the two disciplines. I’m much like Gardner though, I use Witchcraft to describe my religious faith. A faith that revolves around various goddesses and gods, including a few horned and/or antlered male gods.

For some people Witchcraft is used to simply describe a magical pursuit, one free of religiosity. I’ve met Christians who use the term Witch to describe themselves because they do magic in the name of their gods, or perhaps worship Jesus in a Witch-like spiritual setting. (Meaning that perhaps they create their own sacred space instead of heading to church.) Many Witches also self-identify as Pagans too, though not all Witches do, and certainly not all Pagans are Witches.

Witches Use Magic, Just Like Most People Throughout History    Many Witches practice magic, and sometimes it looks exactly like you think it does: candles, impressive looking books, herbs, and wands . . . and sometimes it looks completely different too. There are many definitions of magic, I think of it as a way to change and/or improve circumstances by raising and releasing powerful energy. One well known Witch once described magic as “a well focused prayer.” There’s really not a whole lot of difference between a prayer circle for healing and a Witch ritual for the same type of thing.

Magic has become a scary word in our society, but the Western World has always been interested in magic, regardless of religious faith. Superstitions like knocking on wood or throwing salt over the shoulder are really just magical “spells” to prevent bad luck. Most spells are simple things and many of them look more like “herbal cures” or “natural remedies” than something out of Hollywood. Speaking of Hollywood, magic is often a very internal thing. I’d love to tell you that my magical work looks like something out of Harry Potter but that’s not really the way of things.

We Are Serious, and This Isn’t a Game to Us    It’s true, a lot of Witches wear robes to ritual, and many of us like dressing in black (it’s not only slimming, it repels negativity), but that doesn’t mean we aren’t serious about what we do. No one would ever accuse a Christian minister of not being serious because she or he are in a robe, why should it be any different for Witches?

For some people Witchcraft can be a passing fancy, something “dabbled” with for a few years before moving on to other spiritual pastures, but for many of us it is truly a way of life. I’ve been a practicing Witch for over twenty years now, if this is a “fad” in my life it’s certainly a long-lived one! Witchcraft speaks to many of us, and just works in ways conventional religion doesn’t, hasn’t, or should. There are certainly some people who get involved with it for “shock value” but most of us are here out of a deep and sincere belief. I’m cool with your right to exist as you choose, why not extend me the same courtesy?

Witches Aren’t Anti-Christian, or Really Anti-Anything Else     I’ve always felt as if there’s a perception out there that Witches are “out to get” certain religious groups, and nothing could be further from the truth. Witches are generally against certain things: bad behavior, intolerance, racism; but we would never target a specific religious group. And our rituals aren’t done in a way that parodies any one else’s faith. There are no “black masses” going on during the full moon in the name of Modern Witchcraft, no defiling of “the host” or any other such nonsense.

Many Witches have had bad experiences with other religions, especially Christianity. Monotheistic religions do some times have trouble with alternative spiritualities, and no one is winning any friends by saying “you are going to hell!” or when they throw away the books of a 16 year old Witch (and it happens). Witches don’t always necessarily like everyone, but we aren’t out to get anyone.

I Don’t Think I Worship “the Devil.”     One of the problems when talking to people of other faiths is that sometimes our gods are your demons. Fair enough, but no Witch I know actively worships something resembling or claiming to be the Christian Devil. If someone looks at my guy Pan and sees Lucifer in his goaty-grin that’s on them, but it’s not something the rest of us are doing. Worshipping the Christian Devil would mean believing in Christian doctrine, because you can’t really have one without the other can you?

We Are Your Friends & Neighbors     No one is sure exactly how many Witches are out there in the world today, but it’s not an insignificant number. Estimates on the number of Pagans in the United States range from 200,000 to one million, and sometimes even higher. (I’ve seen the number two million shared on a number of occasions, and I certainly think it’s closer to two million than 200,000.) We’re out there in every state of the union and basically around the world these days. You could live next door to a Witch and not even know it, and I’m pretty sure everyone in the United States has met at least one Witch, there are just that many of us. 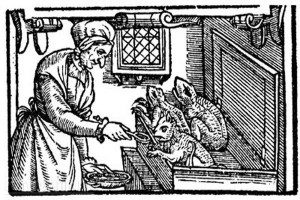 Witches Love Science     Because many Witches practice and believe in magic I’ve read criticisms online that Witches “don’t believe in science.” That’s absolute crap, and every Witch I know believes the Earth is several billion years old (about 4.5 billion I think). One can be a spiritual person and still believe in science to suggest otherwise is foolish.

Today’s Witchcraft Is, Well, Modern     Many Witches look to the past for inspiration, and certainly many of us feel very close to our ancestors, but today’s Witchcraft is a product of today. It’s not thousands of years old, and it doesn’t go back to pagan antiquity in some sort of unbroken chain. The innocents executed in Salem, Massachusetts in the 1690’s weren’t practicing Witchcraft (they were nearly all Christians). Witchcraft has certainly been influenced by past practices including: English Cunning-craft, ceremonial magic, the grimoire tradition, faith healers, and nearly anyone who has uttered a cantrip or incantation. Witches live in the here and now, not some medieval fantasy land.

Not All Witches Own a Cat as a Familiar (But Maybe They Should)*    A familiar is a magical animal companion, and if you own a cat, you know they are magical (even if you aren’t a Witch.) That being said I do know some Witches who foolishly own a dog instead of a cat. There are a few of them out there who even own turtles, snakes, and ferrets. I know some Witches with just goldfish and some with no pets at all.

I’m of the opinion that owning a cat is a fine thing, especially a black cat. I’ve got to do something that’s a little Witch-cliche!

*In this spot I originally wrote “All Witches Own a Cat as a Familiar,” most definitely as a joke, but the humor was lost on some people so I changed it around. Not all Witches are owned by a cat, but I’m pretty partial to it. 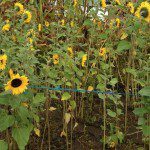 September 22, 2015
Mabon Outrage (and Why We Love the Autumnal Equinox)
Next Post 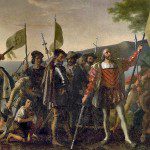