The Pagan Blogosphere: Not As Awful As You Think

The Pagan Blogosphere: Not As Awful As You Think November 26, 2015 Jason Mankey

I’ve been thinking a lot the last week about Sunweaver’s Is the Pagan Blogosphere Toxic? article. I’ll admit that my first reaction to it was rather negative. “Of course it’s not toxic!” I muttered under my breath, but deep down I know that’s not true. The Pagan Blogosphere is directly responsible for some of the grey hairs (and blonde dye) currently resting on top of my head.

I know that I’ve personally felt the rather toxic brush of the Pagan Blogosphere. If you look around the far corners of our little world you’ll find a few rants directed specifically at yours truly. Some of them perhaps deserved, others definitely not so much (and I’m not linking to them because I don’t get into that personal garbage on this blog), but those aren’t the issues that actually bother me so much. It’s the arguments amongst ourselves that tend to bother me the most, and while I tend to avoid those conversations, I’m still affected by them.

The in-house arguments sometimes generate a lot of blog posts, but those numerous posts don’t always generate a lot of page-views, and by extension, readers. I think there are two levels to the Pagan Blogosphere. The first level consists of several thousand highly engaged readers. They don’t read everything mind you, but they read a lot of things, and are generally privy to more of the inner-workings of our little world.

The second level consists of people who enjoy reading about Pagan things. They aren’t interested so much in the slings and arrows, but when something pops up in their Facebook feed or on Twitter about practice or an odd corner of history they might click on it. The vast majority of blog readers are what we might think of as “casual,” and the casual readers are far less likely to engage in the more toxic debates that often poison the well.

And for the record, I’m not implying that we don’t sometimes talk about important things in the Pagan Blogosphere, because sometimes we most definitely do. And many of the people we might think of as leaders in the Pagan Community read those posts and apply the lessons contained within. For me the best example of this remains the aftermath of a trans-exclusionary ritual at a certain Pagan festival a few years ago. I think we as a community learned something from that moment and that lesson was expressed particularly well in the Pagan Blogosphere.

But even the important discussions are not what the majority of people who participate in the Pagan Blogosphere actually read. The things that people actually read are generally neither toxic or argumentative. It’s true that our landing page is sometimes dominated by contentious issues, but those aren’t always what people are reading.

I ran some numbers this afternoon looking at the most read posts amongst our most popular blogs* and all of those articles were surprisingly positive and about as far from toxic as possible. Here’s a quick run down, and the next time someone tells you that the blogosphere is nothing but arguments I hope this will change some minds:

How to Spot a Terrible Coven by Thorn Mooney on Oathbound. I’m sure this article has pissed off some people, but generally the information is practical, and not meant to be judgmental.

13 Things You Don’t Need to Know About the Triple Goddess (but are kind of interesting) by John Halstead at The Allergic Pagan. John can be kind of a polarizing figure, but this article is nothing like that. It’s mostly just tidbits from history, even the comments are 91% civil.

Pan: The God of All by me at Raise the Horns. By blog standards this is an old piece of work, dating from 2013, but it remains my most read piece year in and year out. It helps that it’s high in a Google Search, but also over 28,000 people have shared it the last two years. Again, it’s just history.

10 Pagan DIY Gifts For Yule by Lilith Dorsey at Voodoo Universe. It’s a list of easily made crafts and gifts for Yule, that’s it. A whole lot of Lilith’s posts are among the most read things at Patheos Pagan.

Letter to My Christian Friends by John Beckett at Under the Ancient Oaks. We were all sort of waiting for John to turn up on this list right? If there’s a Pagan I want articulating things to Christians it’s John Beckett. That guy can speak for me just about any day of the week, and that includes ordering for me at dinner.

Five Things You Can Learn From a Pagan by Karen Clark at Path of She/Agora. Words used to describe this article include: “beautiful, classic, gorgeous, wow, and wonderful.” Not everyone loved it that much but it was close.

Yes, there are lots of gigantic arguments, mean comments, and trolls that make up the Pagan Blogosphere, but I don’t believe that’s always truly representative of what’s going on. For many of us the negativity is always found far too easily. It follows us around on social media, and there are certain blogs dedicated to simply piling on specific writers and/or points of view, but I’d argue that the latter is generally just the choir writing to the choir (and sometimes there’s nothing wrong with that).

But below that negativity there’s a whole other world, and it’s full of people who just want to read about Pagan things and then go about their day. They don’t want to be caught up in an argument or political movement, and while not everyone will agree with that, it’s their right to do so. There’s a silent majority out there in the Pagan blogosphere who aren’t saying a word, and I’m just fine with that.

*”Popular” doesn’t necessarily mean best. Raise the Horns is on that list for example. 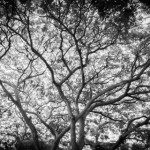 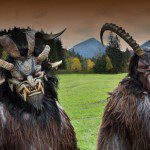 December 1, 2015 The Krampus
Recent Comments
0 | Leave a Comment
Browse Our Archives
get the latest from
Raise the Horns
Sign up for our newsletter
POPULAR AT PATHEOS Pagan
1

There is Freedom in the Vastness...
John Beckett
Related posts from Raise the Horns

The Corner Crone: An Altered State of Being
What magic waits in the forgotten places, in the overlooked spaces? Those...
view all Pagan blogs
What Are Your Thoughts?leave a comment
Copyright 2008-2021, Patheos. All rights reserved.
error: Content is protected !!