(I’m Jason, this is usually my blog, but I’m currently on vacation so I thought I’d let some of my friends run the place while I’m gone. I love this post and I’m so happy to have BB Blank as a guest writer. You probably know BB Blank because he’s a frequent commenter here, in fact he won a Hornie Award for it just last year. I LOVE this article by the way!)

Jason Mankey, editor over at the Patheos.com pagan blog channel (and proprietor of this here blog), recently posted a piece on his first influences that steered him towards a Pagan world-view. That made me think of some of my early influences. Chief among them was the stories and adventures of the comic book character Wonder Woman.

I wasn’t a big fan of the D.C. Universe as a kid, finding the ‘Golden Age of Marvel’ with titles such as ‘Strange Tales’ and the first ‘Fantastic Four’ and ‘Spider-Man’ adventures far more mature in their story arch. Still, Wonder Woman – with her origins deep in Greek mythology – captured my imagination.

About two months ago I finally got to finish The Secret History of Wonder Woman by Jill Lepore which tells the stranger-then-fiction origin of comicdom’s most famous female action heroine. If you haven’t had a chance to check it out, you will find lots of surprises in store. It turns out this character was created by a man who lived in an open triad relationship, invented the polygraph (or ‘lie detector’), and was an avowed feminist who went far beyond the ideas of female emancipation in his day.

Further, the original Wonder Woman was a far cry from the images emerging from the current D.C. Comic re-imagining in films such as Batman vs. Superman: Dawn of Justice and, of course, the upcoming Gal Gidot solo film due out later next year.

Will the re-packaging of Themyscira’s most famous daughter become just another part of the ‘kick ass’ club of male power-over domination models that young women are currently being offered as a role model? Was Princess Diana ever suppose to be a super-hot babe who just happened to fly an invisible plane and drop kick villains too much for ol’ ‘Bats’ and ‘Suppy’ to handle?

I am hoping the powers of D.C. are looking at the miserable failures of the last two movies and re-evaluating how to portray this Amazon. Maybe they will actually go back to the source material and – MAYBE – even draw for George Perez’s bold revision from the 1980’s.

Chester Moulton’s early Wonder Woman emerged following the recent suffragette movement to obtain the right to vote. His ‘Princess of Power’ didn’t stop at the mere right to participate in elections. Heck no! He envisioned a woman as eventual president of the United States (!) and women in positions of power throughout the educational, judicial and military systems. He even (gasp!) had Wonder Woman espouse female sexual emancipation and birth control. Princess Diana’s sidekick, Etta Candy, was a full-figured powerhouse that delighted in wading into a crowd of violent men and showing them who was boss.

This was too much for D.C.’s critics at the time, who were actively trying to have comic books banned as a ‘menace to society’. So D.C.’s editors quickly re-vamped Wonder Woman (after dumping Her creator from the comic line) to make Diana more ‘wholesome’. Most notable was getting rid of her reveling tights in exchange for a more modest skirt and removing the ‘kinky’ elements Mr. Molton was fond of including, such as Wonder Woman constantly being bound with ropes in what seemed like a mild S & M fetish obsession.

It was only with George Perez’s ‘Wonder Woman #1’ in 1985 that a new and more powerful story emerged.
From Wikipedia:

“Wonder Woman’s origin story relates that she was sculpted from clay by her mother Queen Hippolyta, and given life along with superhuman powers as gifts by the Greek Gods. However, in recent years she has been depicted as the daughter of Zeus, and jointly raised by her mother Hippolyta and her aunts Antiope and Menalippe. Her Amazonian-training helped to develop a wide range of extraordinary skills in strategy, hunting and fighting. She possesses an arsenal of advanced technology, including the Lasso of Truth, a pair of indestructible bracelets, a tiara which serves as a projectile, and, in older stories, a range of devices based on Amazon technology. Although Diana is 5,000 years old, her first exposure to non-Amazon society will have only come within the last 100 years. While the Amazons were originally created to protect “man’s world,” they ultimately abandoned it.”

Perez’s mythical version hinges on the plight of a young woman trying to please and be of service to the Gods, and of her eventual willingness to fight both mortal and deity that would enslave either her or her homeland of the Amazons. This is born in part by her mother Queen Hippolyla’s brutal rape at the hands of Hercules and the Amazon’s betrayal – leading to a bloodbath of revenge against their male enslavers that force her race to leave present time’s existence.

When the jet pilot Steve Trevor accidentally breaks through into the Amazon’s dimension, Princess Diana is chosen and dispatched to re-enter the World of Humans. There, under the alias of Diana Prince, the overwhelmed warrior seeks to understand how certain Gods manipulated men into accepting violence and domination over the Planet and the female sex. Then, with the company of Steve and the assistance of several empowered women, she defeats the evil God Aries with her ‘Lasso of Truth’, vowing to return balance to humanity and even to the Pantheon of the Gods themselves.

These bold moves reflect many a Pagans search for meaning about what our concepts of the God/dess(es) are, wither They influence Us or the other way around, what being called to service by the Gods include and what is acceptable as the use of Power to weave magick in this World.

I’m not going to hold my breath thinking D.C.’s film makers will explore any of these themes – but Princess Diana is a powerful figure that, if done well, may indeed return to explore some of the transformative ideas and concepts began by Her creator over 7 decades ago. 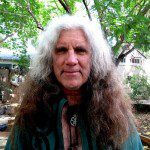 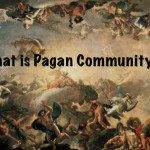 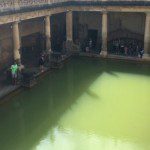 August 30, 2016 An American in Britain: To (And in Need of a) Bath
Recent Comments
0 | Leave a Comment
Browse Our Archives
get the latest from
Raise the Horns
Sign up for our newsletter
POPULAR AT PATHEOS Pagan
1