Proselytizing is For Weak Gods

I was on my way out the door to my more mundane job yesterday morning when I noticed a small pamphlet on my front porch. As far as Jesus-literature goes it wasn’t completely over the top, in fact it was downright subdued. It simply contained a question, “What is the most important thing in your life?”

My first reaction was to laugh, but as I thought about it a bit more I began to get angry. I don’t want missionary tracts mixed in with my Halloween decorations, and I don’t like having my privacy invaded. I don’t take my gods and put them on anyone else’s doorstep, what makes people think it’s acceptable to do that to me?

I understand being exuberant about one’s faith and wanting to share that. What I’ll never understand is wanting to take that message to complete strangers. Think of the amount of arrogance it takes to believe that only your little group has all the answers.

I’ve met many Pagans over the years whose excitement about Paganism often comes close to proselytizing, but it’s something generally shared among friends. And if you can’t share the things you care about with your friends who can you share them with? But I don’t think there are any Pagans going door to door leaving “Have you accepted Pan as your Lord and Satyr” pamphlets.

More than the invasion of privacy, I think what bothers me most about proselytizing is that it shows the weakness of certain gods. If a deity lacks the power to find its own followers it’s not a very powerful god is it? If Jesus really wanted me to worship him wouldn’t he tell me? I certainly know who he is, it’s not like we haven’t been introduced before.

This is completely different from how most of us interact with Pagan gods. No person introduced me to Pan or Cernunnos, they made their presence known to me by their actions. No one embraces Witchcraft because my coven prayed for them and showed them the truths in our Book of Shadows. People come to our traditions organically, not because someone helped push them through the door.

I think we overuse the term agency in Paganism, but a god that needs people to facilitate an introduction has no agency, and I’d take it a step further, those gods are impotent. Whatever power those gods had is waning, never existed, or is being directed in precisely the wrong directions. While I don’t believe that deities are all powerful, they should at least have some sway in our world, but a god that can’t find its own followers feels rather powerless to me.

Want to know how strong and powerful my gods are? I can’t even tell you some of their names, let alone introduce you to them. The louder people shout some names the less power those names have. I find proselytizing to be like an admission of guilt that certain deities are ineffective. Aphrodite doesn’t need people to carry her message, she does that quite well on her own thank you.

Though Pagans don’t generally proselytize, some of us have picked up a few of the bad habits exhibited by our cousins in other faiths. I think people who play gatekeeper with certain goddesses and gods come very close to sounding like Evangelicals. Having to “speak” for a certain deity implies that deity is incapable of expressing a message on their own. Those certainly aren’t the kind of deities I honor.

Is it OK to correct someone on a matter of history or mythology? Sure, facts are one thing, but deity is so far beyond us that I’m sure it reveals its self in different ways to different people. None of us have a stranglehold on the truth, we only have our own individual truths. And sometimes those truths are going to differer from someone else’s, and that’s how it should be. In fact if we look at history that’s how it’s always been.

Of course there are a few exceptions to this. If someone is advocating something illegal, racist, or distasteful in the names of my deities I’m certainly going to say something. If there are people out there advocating for atrocities in the name of Dionysus perhaps Big D is making sure their voices aren’t heard? Because I’ve certainly never come across them (and I’m guessing they don’t exist). And if I called a Christian Church asking them about Jesus I’d expect a bit of a hard sell, but those are both rather extraordinary circumstances.

As a Pagan-Witch I believe that my deities have power and they don’t need me to speak for them. I’ll share what I know and love about them with willing ears, but I’m certainly not seeking converts to my way of thinking. My gods aren’t narcissistic or weak, they are here, they’ve been here, and I expect them to be here for millennia to come. They can, will, and do speak for themselves. 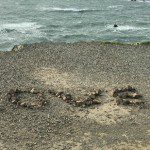 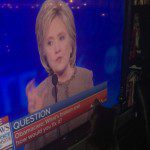 October 11, 2016 Demons, the Occult, and the 2016 Presidential Campaign
Recent Comments
0 | Leave a Comment
"Thank you for this sharing. It's lovely to have a small window into the earlier ..."
Roni Jean Neal No Man Is an Island: Remembering ..."
"These are all great comments. I've actually vacillated between all of these interpretations, until I ..."
disqus_Rqc0fRSipz Strange Days: Jethro Tull’s Songs From ..."
"Paganism has definitely made ME a better person, though I can't speak for everyone, obviously. ..."
Laurie Generation X Pagan
"I often say that loki loves me.. when things go horrible wrong .. and yet ..."
fireschild Loki & Personal Gnosis
Browse Our Archives
Follow Us!