Witchcraft & The Search for Authenticity

The last five years have seen a dramatic shift in the realm of Witchcraft. Traditions such as Conjure,* Hoodoo,* Brujería, and Traditional Witchcraft have become wildly popular, and are changing modern perceptions on just what it means to be a Witch. For much of the last sixty years Wiccan-Witchcraft dominated discussions of Witchcraft in American and Europe, but that’s now starting to change, with some people actively bristling when a Wiccan identifies as a Witch.

(The first people we’d identify as Wiccans called themselves Witches and proudly practiced Witchcraft. Wicca is most certainly a type of Witchcraft, but it is not the ONLY form of Witchcraft, just one of many.)

What all of these traditions share, including Wicca, is a shared search for authenticity. People are attempting to tap into the traditions of their ancestors and the cultures they grew up in. There’s something natural and organic about living near the mountains of Appalachia and practicing the magicks that have been a part of that area for centuries.

Most people who read this blog know that I’m a Witch of the Wiccan variety, and I have a few friends who would never put the words “Wicca” and “authentic” in the same sentence, but the search for authenticity was there at Wicca’s start. Practitioners actively believed that they were tapping into something genuinely ancient, and in some ways they most certainly were. When any of us say the name of a deity from pagan antiquity we are reaching out across the centuries and pulling an ancient power into the modern world, and Wiccan-Witches are just as likely to utter the name Hekate as other Witches.

The first Wiccan-Witches thought they were practicing a religious tradition that spanned centuries, and possibly and probably still existed in the rural village down the road and up the hill. Folklore studies in the late 19th Century only seemed to confirm such things. Every odd tradition was thought to be a survival from pagan antiquity, and secular calendars aren’t that far off from Witchy ones (Christmas, Brigit’s Night, Easter, Beltane, St. John’s Night, Lammas, Harvest Home, and Halloween or possibly Guy Fawkes Night). Wicca just provided the ritual structure that made embracing the paganism that was already there so much easier.

Of course today we know that Wicca is not ancient, and in many ways it’s become a victim of its own success. As Wicca’s true origins began to come to light in the 1970’s (with that process accelerating in 1999 with the publication of Ronald Hutton’s Triumph of the Moon), people began to look for other things that might possibly be linked to a more authentic past.

The term egregore is one that’s becoming more and more common in Witchcraft circles, and I think it’s a valuable one. Ask four Witches just how to define egregore and you’ll probably get five definitions, but in its simplest form an egregore is an energy shared by a group or collective. When someone practices Conjure or Traditional Witchcraft, Brujería, New Orleans Voodoo or even Wiccan-Witchcraft they are tapping into the energy that has built up around that practice along with the energies of those that have practiced that tradition over the centuries.

Much of the reason I’m a Gardnerian Witch is because of the egregore. When I do Gard ritual I’m tapping into the energies raised (and being raised) by Gerald, Doreen, Patricia, my upline, and covens across the world that I don’t even know exist. I never felt like I was tapping into anything as a Methodist or at most public rituals, but with my coven those powers are there. When a Traditional Witch utters a cantrip first uttered by a cunning-woman five hundred years ago they are doing the same thing.

One of the biggest problems with authenticity is that while it exists in the traditions of most Modern Pagans (at least around the edges), it’s impossible to be completely authentic to an ancient tradition or idea. We are all products of the modern world we live in, and that modern world is a giant melting pot of ideas, practices, and beliefs. While I believe that the cunning-folk of 130 years ago probably agree with much of what many of us do, they also didn’t identify as Witches (generally) or have access to the sheer amount of knowledge that for most of us is just a smart phone away.

It’s also hard for traditions to stay authentic to the place they emerged in. Thanks to mail order occult supply stores at the turn of the 20th Century spells from the Pennsylvania Dutch entered the worlds of Santeria and Voodoo, and village wise-women in the early modern period were using occult grimoires in addition to looking for magickal solutions closer to home.

One of the most magickal things about tapping into that egregore of tradition is that as long as we are sincere in our desire to look backwards we can look reach into it. Ultimately it doesn’t matter how old our traditions are (and with some exceptions, the majority of them are a mixture of old and new.) We are all looking for the same scrap or spark that connects us to a more magickal path, and many of us are all falling down the same rabbit holes. We are looking backwards into what our families do or have done, and exploring the magickal traditions of the last few centuries with a newfound passion.

We will never be able to recreate the past (and I’m not sure we should want to), but we can tap into the past to build a better future. It’s what Witches of all stripes, colors, and beliefs do.

*In many places Hoodoo and Conjure are essentially the same thing, and in other places not so much. Because I see these words being used in a variety of ways today, I split them up. 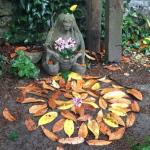 November 7, 2017
Wrong Things I Sometimes Read About Wicca
Next Post 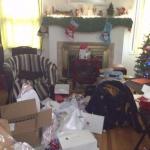 November 21, 2017 Pagan Things Made By Pagans For Pagans (A Holiday List)
Recent Comments
0 | Leave a Comment
Browse Our Archives
get the latest from
Raise the Horns
Sign up for our newsletter
POPULAR AT PATHEOS Pagan
1