A friend of mine was ruminating on Facebook yesterday (Hi Devin Hunter!) whether it would be a good idea to use the words heaven and hell in a Witchcraft book he was working on. I was of the opinion that no matter how they might be used in the book, they come with way too much Christian baggage. Others, not surprisingly, felt differently; after all there are many different types of Witches and Witchcraft.

This little exchange got me thinking about how problematic nearly all of our words are in Pagan circles. Tempest Zakroff deals with them by calling them all “P-Words,” I deal with them in books by writing long introductions explaining why I sometimes use the words Witchcraft and Wicca interchangeably in certain contexts. (That book will be out in early 2019 if you are curious.)

Thinking about the problems posed by using the words heaven and hell got me to thinking about how problematic many of the words used in Pagan and Witch practices are today. Thinking, especially in my case, is often a bad idea, but I did it anyways and these were the results. While the following words do have their difficulties, THIS POST IS NOT MEANT TO BE TAKEN ALL THAT SERIOUSLY.

Circle: While writing a little blurb about this post I wrote “many of the words we use in Pagan and Witch circles . . .” nope, that’s not going to fly. Many Pagans meet in groves, some sit in pews, and a lot of Witches are members of a coven or two. Circle can also imply a very awesome organization, or imply that we are in a space between the worlds. And if you’re circle is perfect, well that’s the name of a band.

Druid: For many of us Modern Druidry feels like Wicca’s far more organized cousin. It’s been around nearly as long in its “Pagan spirituality” form, shares some of the same beliefs, and is radically different because there are lots of Druid groups that pay dues and membership fees. (Imagine Gardnerians paying dues! I just can’t!) That’s not surprising since Druidry also arose from fraternal orders who called themselves Druids and had membership fees. And then there are Druids who are solitary and dislike the organized groups, and just how close to Ancient Druidry are Modern Druids? Does that matter?

One more thing, when people think of Druids they often think of men with beards in white robes, but many of my favorite Druids today are women. We’ve (and by “we’ve” I apparently mean “I’ve”) got to get over that mental image

Pagan: Is Pagan a term for a spiritual grouping, or perhaps it’s a social one? Are the pagans of antiquity included when we use the word Pagan with a capitol P? Does the phrase Pagan Community include Devotional Polytheists who are actively running away from the word Pagan? Maybe there are no Pagans in Europe and North America, and instead we are all Neo-Pagans or Contemporary Pagans? Is there a Pagan Umbrella, and if so who is currently standing under it, and can we kick people out from under it?

Polytheist: I’ve always thought of myself as a polytheist, since I believe that Pan is not Cernunnos and that it’s important to be specific about deities. Of course I also believe that the gods (like we humans) might all be related in some way, which makes me a soft-polytheist. As a Wiccan-Witch I’m sometimes accused of being a duo-theist, and a well meaning person recently told me that all Wiccans were monotheists. (I just can’t!)

Polytheist used to be a word used to describe people with a belief in multiple deities, with polytheism being a characteristic of a certain belief system. Now polytheism is being used as an identifier for an entire group of people who all share a belief in many, distinct, and separate, deities. In many such instances the word polytheism is accompanied by the word devotional, with many people identifying as Devotional Polytheists. I like this term, even though some people who use it get mad that I as a Wiccan identify as a small p polytheist.

Wicca: Wicca is either a Contemporary Pagan spiritual tradition that one can learn about in books and practice almost immediately, or it’s a term that can only be used by people who are initiated into an established tradition that can trace its existence back at least a couple of decades. Wicca is probably best defined by its practices, unless one goes to a Wiccan Church and chooses to sit in a pew. Things get even more confusing if you believe that Wica is a word, after all that’s the term Gerald Gardner (the first modern public Witch or Wiccan or practitioner of Wica or simply a giant fraud because someone told me on Facebook just the other day that it was all a big joke that got taken too far, which is why he initiated people and wrote books) used in his books, unless it was simply a typo.

There are also lots of people who hate Wicca and yet have practices that resemble it. There are also people who thought for a short period of time that Wiccanate was a word and used it describe Wiccans or Wiccan practices. (For the record, it sounds like some sort of weapon that might be used against Superman, forget kryptonite, I’ve got a big hunk of Wiccanate!)

Witch: Perhaps the most problematic of any Pagan-related word. Witch can mean negative magic (or magick) user, anyone who uses magick (or magic) for good or for ill, and some dictionaries even define a Witch as “a Wiccan.” Yeah, lots of different types of Witches. Some people claim that Wiccans can’t be Witches, and there are Wiccans who say that all Wiccans are Witches. There are Christian-Witches, and people who say Christians absolutely cannot be Witches. Sometimes Witch is capitalized, sometimes witch is not. Most people who identify as Witches in the Western World share some characteristics, unless they don’t.

There are a lot of women today who are using Witch as a term of empowerment. This is not a new thing either, and has been going on since the early 20th Century. This is not me being snarky either, I LOVE THIS development, even if it means I get asked occasionally “aren’t male witches called Warlocks?”

Ultimately I think you should probably just use the words that work for you, and not worry about what anyone else thinks. No matter what you do you are probably going to piss somebody off anyways! 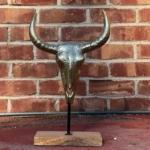 December 26, 2017
The 2017 Hornie Awards (Superlatives and Condemnations)
Next Post 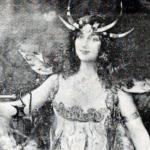 Self-Initiation as a Solitary Practitioner: What...
John Beckett
Related posts from Raise the Horns