Shortly after leaving the Heraklion Archeological Museum this afternoon I turned to my wife and said “If I had to choose between the famous places in Greece or the museums, I’d choose the museums.” The museums are where one can still see the gods (or what’s left of them anyways), the wall paintings, and most of whatever else has survived from Ancient Greece. A place like Delphi is more than a collection of rocks, but without its artefacts and context so much of what made Delphi Delphi is lost.

I realize how difficult it is to preserve things from the very distant past, especially things that were actively hated by a new faith absolutely terrified of classical paganism. Some of the best preserved archeological sites of the ancient world are those preserved due to catastrophe and forgetfulness. Pompeii and Akrotiri were encased in pumice and ash, and while tragic for the people who lived there, those events gave us an unparalleled peak into ancient history. The tomb of King Tutankhamun remained mostly undisturbed until the 20th Century because he had been mostly erased from Egyptian history.

Something similar happened on the Greek island of Crete when the legends of King Minos and his Minoan civilisation went from being a part of history to a part of mythology. The greatest city of the Minoans, Knossos (often dubbed the first city in Europe), spent several centuries buried, and when it was finally unearthed at the start of the 20th Century it came with several treasures. In the annals of history, Knossos is a huge deal, having first been settled in 7000 BCE, eventually ballooning into a city of over 100,000 people in 1700 BCE. (Knossos remained inhabited for centuries after the collapse of the Minoan civilisation in 1100 BCE, but was eventually abandoned in the 9th Century.)

Though Knossos hosted Romans, Macedonians, Mycenaean Greeks, and stone age cultures whose names are lost to history, it’s most famous as the home of the Minoans. When people visit Knossos today they are visiting the remains of a grand palace built between 1700 and 1400 BCE. The most famous parts of it were excavated by the Englishman Arthur Evans. Even today, 75 plus years after his death, his work dominates what’s been unearthed at Knossos, with most signs at the complex reading “according to Arthur Evans.”

There are three things you should know about Evans and his excavations at Knossos. The first is that I believe he tried his very best. He made the best guesses he could and did the best with what he had available to him. The problem with that is (and this is the second thing), he was often wrong. But his work so dominates that Knossos that all of the rooms and structures there continue to use the names he assigned to them a 100 years ago.

The third thing about Evans is either something one will appreciate or absolutely hate: he tried to reassemble parts of the place at Knossos. Now I’m not talking about stacking pieces of column on top of each other to recreate a column, I’m talking “let’s add some concrete and rebuild this room.” He also painted on the walls in the palace attempting to recreate the wall paintings discovered there. He also had certain pillars repainted to match what they might have looked like in antiquity.

Evans’ cosmetic surgery at Knossos has led some to dub to the “Disneyland of Archeological Sites” (at least according to Trip Advisor) but I kind of like it. The problem I alluded to at the start of this piece is a huge one for classical Greek sites. Many of them mostly look like piles of rocks with the odd pillar still standing up. I like using my imagination at historical sites, but when it comes to a lot of spots in Greece SO MUCH has been lost and destroyed (and what has survived is sometimes miles away in a museum) that it’s nearly impossible. At least Evans’ Disneyfied throne rooms paint a picture of what it might have been like to be in those rooms when they were in use.

One of the best things about Knossos is how much religious stuff has survived. Most famous is the Minoan Snake Goddess (or Goddesses) and she lives up to her reputation. Gazing upon the original her with my own eyes is something I’ll cherish forever. Goddess worship, along with some sort of bull veneration representing the masculine, seems to have made up the religion of the Minoans. The Goddess, with her dancers holding their hands towards the sky, is a beautiful image.

Crete might be most famous for the wall paintings that have survived, and what has survived is impressive, it’s just not as much as you might think. When you really get up close to the paintings (in the museum of course, not the actual site) it’s easy to see how much has been filled in by modern artists and archeologists. I’m sure that what’s been done (most likely) represents what was there, but how will we ever know for sure? It was glorious and heart breaking to see all at the same time.

Some of the most amazing artefacts from Knossos are the bull’s head rhytons (libation vases). I remember the first time I ever saw one in a book and thinking “that’s a beautiful statue!” and was amazed to think it was a working tool. In addition to the libation cups, Ari and I loved Minoan jewellery, all of it would still be impressive today (and not just the stuff made out of gold).

Speaking of religious artefacts, I almost forget to mention the double headed axe symbol that’s all over Knossos. It was most likely used for protection and to keep death away (at least that’s what the signs said). The axes show up on jewellery, pottery, and were simply mounted on walls at Knossos. The ones below were over a foot wide! 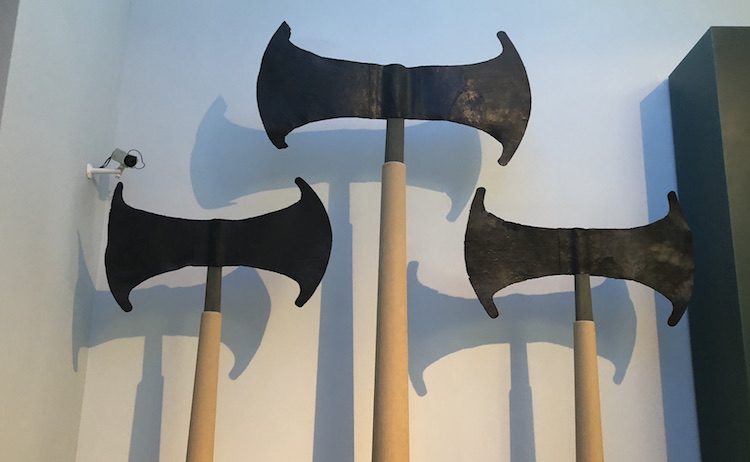 So much more to write about this trip to Greece in the coming months, and certainly much more to process. Greece has been lovely, and as we prepare to leave its golden shores I find myself craving tacos and buffalo sauce. But before those cravings are satisfied, we are spending a few days in Croatia, two nights in the UK, and then we’ll be back home in the Bay Area. 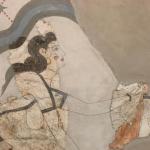 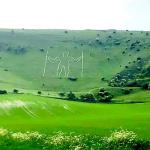 May 29, 2018 Where the Gods Live
Recent Comments
0 | Leave a Comment
"Mabon's my favourite, I was surprised how low it was. I didn't expect it to ..."
Nekoshema Your Favorite Sabbats (Or Sabbats By ..."
"Love this! We often just call it "Pagan Thanksgiving" and have done with it. It's ..."
Seba O’Kiley Mabon: The Most Pressing Issue of ..."
"Well done, Jason!"
Angus McMahan Mabon: The Most Pressing Issue of ..."
"One thing I can't understand about Buckland's altar set-up is that he recommends a drinking ..."
Nicholas Chiazza Books Aging Poorly: Scott Cunningham’s “Wicca”
Browse Our Archives
Related posts from Raise the Horns 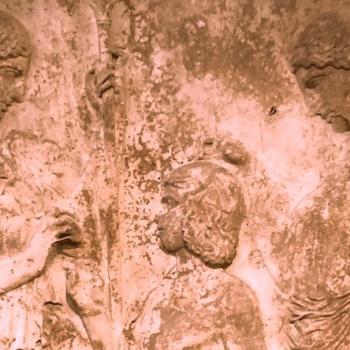 Pagan
The Eleusian Mysteries: Initiation in the Ancient World
Raise the Horns 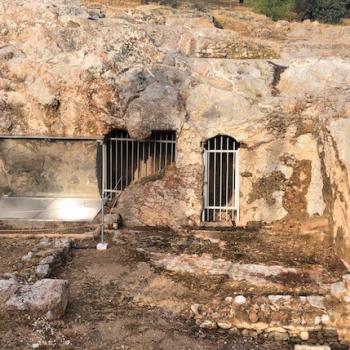 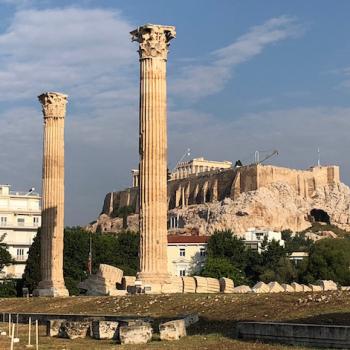