My rituals over the last several years have taken a hard turn towards the political. There’s no way to sugar coat it, we are moving backwards as a society. Racism and bullying have become acceptable modes of thought, and we’ve shut our once open door in the faces of those who most need a warm welcome. It’s hard to be all excited about a sabbat when people are having their children taken away from them and people are being shot in the streets, and in both cases it’s simply because of the color of one’s skin. (And now we are dealing with a pandemic too! These are challenging times in lots of ways!)

As a Witch this has meant rituals with a clear focus on societal issues that some would call political. Don’t give me that Witchcraft isn’t political bullshit either. Witchcraft has always been political. People have been accused of Witchcraft for practicing magick and asserting their sexual natures, both political choices. “Witch” has long been a term of empowerment among women looking to take back their power from a sexist, misogynistic, patriarchal society. In an age where people modify their pick-up trucks to spew black smoke out of their exhaust, simply giving a shit about the environment (a hallmark of Witchcraft) is a political act.

Many of the people labeled and identified as witches over the centuries have existed on the margins of society. They were widows or unmarried women, eccentrics, people most likely suffering from mental illness, and those who dared to be different in societies that looked down upon any deviation from the status quo. Even today among self-identified Witches many of us exist on the margins. Witchcraft is home to many from the LGBTQ community, and even the simple act of embracing the word Witch (no matter how trendy it might currently be) marks one as an outsider. Witches are still ridiculed by the majority of people in this country.

As Witches most of us do care about those on the margins. We care about the immigrant, we support the rights of Muslims to practice their faith, we are all in on gay marriage, we want equal opportunity for everyone in our country, we don’t want people judged on their skin color, we want our trans sisters and brothers to be treated with dignity and respect . . . . To obtain those goals, many of us turn to our magickal practices.

I’m not going to tell you that I know how magick works, or even that I’m always convinced it does. All I know is that the things I’ve worked on in my circle have come to fruition more often than not. I believe my magick works for those reasons, and because energy is something that I feel and can’t deny the reality of. Most nights the rituals of my coven end not in celebration, but with magickal work to protect those I care about and love.

Most people want some sort of control over the situation in life, I believe magick allows for that. It puts power in our hands, and we can wield it for beneficial results. I know that magick can’t do everything, it’s not going to cure cancer or clean up a lake all on its own, but it’s a power that can bend wills, change minds, and influence events. If you don’t believe that, fine, but if you are in the Witch and Pagan worlds don’t shit on my parade. (Now more than ever we need to ENCOURAGE, not drag people down.)

Even if magick doesn’t work, it still changes us. It empowers us, inspires us, and I don’t know of any successful Witches who simply sit on their hands after raising energy or casting a spell. Magick is not a passive thing, it’s an all in thing, that’s how we achieve the things we want out of it.

When it comes to political magick that means doing the hard work when the circle is released. It means voting, donating money and/or time to political causes, not being an asshole to other people, building coalitions instead of tearing them down. It means being actively engaged in the greater world and being passionate about the causes we believe in. And most every Witch I know realizes that goes far beyond simply posting a meme on Facebook.

As I write this I feel as if someone just wiped their butt with my country and flushed the resulting toilet paper down the shitter, but Witches are strong. Witches don’t wallow in despair. Witches get up off the ground and continue to work. And most of all Witches keep Witching. Don’t let anyone tell you that your rituals and work is ineffectual or not working. There’s a lot of garbage out there right now, and a lot of despair, but there’s also #MeToo and a whole slate of women, minority, and progressive candidates out there waiting for our votes in the Fall.

It’s easy to feel to despair, it’s easy to give up, but that’s not what Witches do. Witches keep Witching. And I know that tomorrow night’s spell is not going to fix everything immediately, but we know that’s not how magick works anyways. Our magick is going to empower us, it’s eventually going to change hearts and minds, and it gives us strength when we need it most. I’m going to keep Witching, working and fighting for the things that matter most to me. I know that most of you will join me. 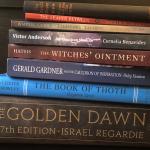 June 18, 2018
The Golden Age of Pagan & Magickal Publishing
Next Post 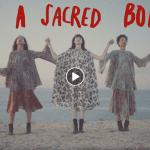 July 9, 2018 The Other Witches
Recent Comments
0 | Leave a Comment
"Re: #32, that fictional book is the Necronomicon; you missed a syllable."
Doug Edwards More Witchcraft & Pagan Trivia
"Castañeda invented the character of don Juan, but he was getting his information from Yaqui ..."
Michel America’s Most Important Occultist(s)
"Than isnt the correct Welsh pronunciation. its more like 'Mabb - on', with short syllables. ..."
linguliformean Mabon: The Most Pressing Issue of ..."
"Oh my goddess your article had me laughing out loud, I really never gave much ..."
Deb Lee Mabon: The Most Pressing Issue of ..."
Browse Our Archives
get the latest updates from
Raise the Horns
and the Patheos
Pagan
Channel
POPULAR AT PATHEOS Pagan
1

“Stay in the Conversation” – Research...
John Beckett
Related posts from Raise the Horns