Have We De-Mystified Wicca?

Since at least the 1970’s people have been arguing that Wiccan-Witchcraft has continually misrepresented its self and is not really “old.” Much of the blame for that misrepresentation tends to be laid at the feet of Gerald Gardner (1884-1964), the world’s first modern self-identifying public Witch. Gerald, according to some, “made it all up” which makes it illegitimate or somehow “less real” than other forms of Witchcraft and/or Paganism.

For the record, Gerald could have very well made it up, though I do think there’s a pretty good argument for him being initiated into something back in 1939 (the date of his alleged initiation into the “Witch cult”), but there’s nothing actually proving such a thing, and I don’t think there ever will be. It’s possible that someone who was there in 1939 might show up one day (though they’d better do it fast!), but not likely. Perhaps even better might be a ritual transcript dated to the late 1930’s or a diary from one of Gerald’s initiators making note of the experience. But until one of these things happens, and I doubt they ever will, we will never know absolutely if Gardner was initiated into Witchcraft back when he said he was.

An acquaintance online recently blamed the current “anti-Wiccan” sentiment found in some corners of the Pagan internet on Professor Ronald Hutton, author of Triumph of the Moon (1999). Hutton was essentially guilty in this person’s eyes of saying that Gardner, and by extension his Witchcraft, was a fraud, and now that an academic has said he was a fraud no one is interested in it (Wicca) anymore. It’s true that Triumph is a work of sober history, not speculation, which is why it’s not surprising that Hutton believes it’s likely that Gardner’s Witchcraft originated with Gardner. But contrary to my “friend’s” interpretation of Hutton, Triumph doesn’t quite close the door on Gardner being initiated:

“It should be said there’s nothing inherently implausible in Gardner’s claim to be have been initiated into an existing religion. . . . the account of his earlier life (in what is essentially his autobiography) is sober and understated . . . . It is striking that he describes a coven composed partly of Rosicrucians and led by a wealthy lady . . . . it is precisely from this more educated esoteric milieu that one would expect a modern pagan revival to commence.” –Triumph of the Moon, page 207, 1999 edition.

For me it’s never mattered whether or not Gardner was initiated into anything or not. Religion and/or spiritual practice (and especially Witchcraft!) are about what works. We use ritual techniques that my wife just made up a few months ago with a whole lot of success in our coven. Hell, I just figured out a new fun way to raise energy last Friday night. My Witchcraft has always been about reinvention, creation, and all while respecting where we’ve come from . . . . .

“Where we’ve come from” is a rather big piece in the puzzle here, because when it comes to Wicca especially we know where a lot of it comes from. It comes from Freemasonry, Aleister Crowley, Dion Fortune, grimoires, Margaret Murray, cunning-craft, The Key of Solomon, poetry, and a dozen other places. We know this because Wiccan-Witchcraft uses the same language as many of these traditions and/or writers. Even if Gardner was initiated (again, I think it’s really likely!), whatever he was initiated into wasn’t all that old, maybe a few decades or years, heck, it could have even been just a few weeks or days. I think it’s immaterial.

I think my acquaintance believes that knowing where stuff comes from de-mystifies it, and when something is de-mystified, no one is going to care about it anymore. I’m not sure he’s entirely wrong. I think there are some people who sneer at Wiccan-Witchcraft because we know its basic building blocks. (But you know what,the building blocks of most other British and European Witchcraft traditions are similar, if not the same.) Perhaps Witchcraft is more fun when we believe that what we do goes back in an unbroken chain to the year 1057 (or even earlier!), but I’ve never felt that was the case. I think it’s good that what I do is rather modern, mostly because I don’t live in 1057.

Of course the idea that it’s also just completely modern is also a false one. Even if Gardner somehow created Wicca all by his lonesome in 1948, the building blocks he used for that creation were old, genuinely so. Freemasonry dates back hundreds of years, and many of its esoteric currents are even older. There are spells in cunning-craft that legitimately go back to pagan-antiquity, and the grimoire tradition goes back to at least 1057 (give or take a few years) too. As a friend of mine once put it, Wicca is very much a part of the Western Magickal Tradition, it didn’t just show up fully formed out of nowhere one day.

If Wicca has truly been de-mystified in the eyes of some it’s not because we know a great deal about its origins, it’s been de-mystified because it’s been successful, perhaps too successful. Wiccan-Witchcraft was not originally intended to be practiced in a public park at 2:00 PM with 80 other people. It was meant to be practiced in private with about 13 or your best friends. The mystical got lost when it moved from the parlor to the park. It’s hard to raise energy with sixty people you don’t know, certainly such groups aren’t operating in “perfect love and perfect trust.”

There’s nothing wrong with Wiccan-Witchcraft being practiced in a park at 2:00 PM with eighty people either. People need a place to start, and public ritual provides that, and I think it’s even better when that public ritual is at a safe(r) neutral space like a public park. People want to do Wiccan-style ritual and there’s a need for it (there’s that success thing again!) and that’s not a bad thing. But Wicca does becomes de-mystified when people start believing the experience it offers begins and ends with public ritual with a bunch of strangers during the day. 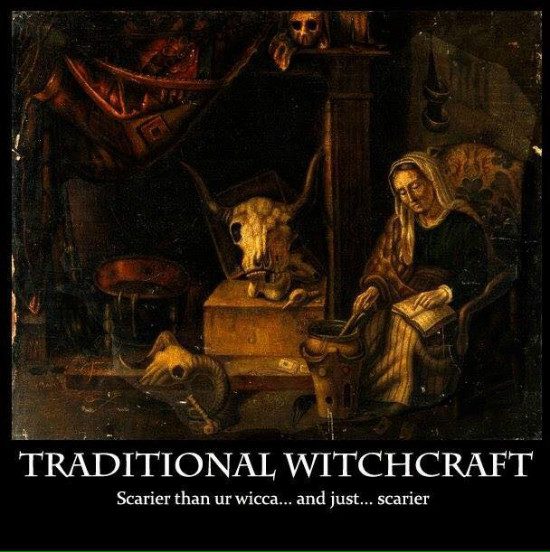 Wicca is about the experience, and at its core, it’s a magickal religion, and a mystery tradition. Its cool to know where the rituals come from, but essentially they have to be experienced for them to have any meaning. You can read my Book of Shadows all you want, but that doesn’t amount to much unless you do the rituals in that book. It’s the experience that matters, and when people aren’t being exposed to the mystical experiences you get shitty memes about Wicca and people complaining that it lacks bite in public spaces.

And make no mistake, Wiccan-Witchcraft is about the experience, and that experience has worked for millions of people since 1951. Wicca’s success isn’t just because it was the first large-scale Modern Pagan spirituality, part of it is because its rituals worked for people.

Want to re-mystify Wicca? Don’t be a dick. Talk about your experiences (as much as you can) and how they’ve transformed you. Be accessible and provide people curious about the Craft the tools they need to succeed. No one likes complaining and whining, represent your Craft with passion and that passion will be returned to you. And if you get a chance to hold a public ritual, present a good one.

Ronald Hutton didn’t de-mystify Wicca, because it remains mystical to those seeking its mysteries. 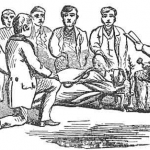 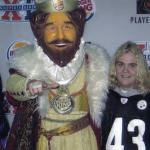