Santa Claus Was NOT a Shaman

Santa Claus Was NOT a Shaman December 18, 2018 Jason Mankey

Holidays are full of bad information, and few holidays conjure up more bad information than Yuletide. One of my least favorite falsehoods this time of year is that “Santa was a shaman.” This is repeated over and over again near Yule, and it just doesn’t stand up to historical scrutiny.

That Yule is plagued with bad history is understandable, celebrations in December and January are among the oldest continually observed holidays. Saturnalia and the January Kalends gave way to Christmas and New Year’s Celebrations, resulting in a mish-mash of ancient pagan, Christian, and secular customs this time of year.

One of those oldest traditions is that of giving gifts, and since Santa has always been a present delivery system, starting here with his origins seems appropriate. This was done at both Saturnalia and the Kalends, with descriptions of the Kalends sounding much like modern descriptions of Christmas spending:

“The festival of the Kalends is celebrated everywhere as far as the limits of the of the Roman Empire extended . . . The impulse to spend seizes everyone . . . People are not only generous towards themselves, but all towards their fellow-men. A stream of presents pours itself out on all sides . . . . Another great quality of the festival is that it teaches men not to hold too fast to their money, but to part with it and let is pass into other hands.” -Libanious of Antioch (writing in the Fourth Century CE), (1).

The name Santa Claus comes from Sinterklaas, a Dutch name for the St. Nicholas, allegedly a bishop from the Greek city of Myra (in present day Turkey). Historically, Nicholas is a dubious figure, and some doubt he even existed. Certainly the stories we have about him today are more myth than history, but what is indisputable is just how popular he became in medieval Europe. By 1100 CE Nicholas was the patron saint of just about everything, and was revered nearly as much as the Virgin Mary. The he’d end up associated with giving and children isn’t a surprise, because he was said to touch just about all aspects of peoples’ lives.

As Nicholas was reigning at the most popular Saint in the Catholic Church, Christmas celebrations were becoming more and more irritating, and sometimes violent. Children expected presents, and went door to door demanding them, threatening their neighbors with vandalism if their demands were not met. The custom of asking for things door to door comes from the ancient pagan traditions of mumming and Misrule, and is another aspect of the season that predates Christianity.

Beginning in the 12th Century an enterprising group of French nuns tried to put a stop to the threats and the wandering by leaving gifts for children on the eve of the Feast of St. Nicholas (Dec. 5). Since it was Nicholas’s time to shine, the nuns said the gifts came from the Saint himself. This is really where Santa Claus comes from. As you can see no shamans were involved.

The custom of Nicholas giving gifts spread across Europe, and found a home in the Netherlands. There the stories of Nicholas merged with those of Odin to create a different sort of gift giver, one removed from the Saint’s origins in Turkey. When the Reformation hit Europe in the 16th Century, areas that embraced Protestant Christianity moved the gift-giving to Christmas, and in some instances created entirely new gift-givers to remove the taint of a Catholic Saint from the holiday. It’s during this time that figures such the Christkindl began to overtake St. Nicholas in some areas.

One of the reasons I so despise the “Santa was a shaman” narrative is because it diminishes the role of Odin in the formation of the modern Santa Claus legend. Was Odin a shaman? I think the proper term for Odin is god or deity, and I think he was most specifically a sky-god. Odin is similar to figures such as Zeus, which is not surprising, since both are Indo-European deities who share a common relative. Again, not shamanism.

Many “Santa is a shaman” stories point to two specific pieces of information to back up their claim. The first is that Santa’s now familiar red and white suit is related to agaric mushrooms, which are psychedelic and are said to be used by Siberian shamans. There are two problems with this assertion. The first is that Siberian shamans rarely used mushrooms, the second is that Santa didn’t don his now familiar red and white garb until the middle of the 19th Century. Clearly, Santa’s red suit has nothing to do with mushrooms.

Reindeer are another integral part of the Santa as a shaman myth. But the Dutch Sinterklaas rode a horse (much like Odin), and reindeer didn’t enter Santa mythology until 1821 in the book The Children’s Friend. They were later immortalized in the poem A Visit from Saint Nicholas (better known as The Night Before Christmas) generally attributed to Clement Clark Moore (1779-1863) and given the names we mostly know them by today. (Authorship of the poem is sometimes disputed, though Moore is most people’s choice for the author.)

Most “Santa was a shaman” stories begin in Siberia, which is simply the wrong part of the world for the Santa myth. Gift-giving was prominent in the Roman Empire and later Europe, where the (alleged) Turkish Saint Nicholas became the pre-eminent Saint of the Middle Ages. Most of the Santa Claus legend as we understand it today germinated in Northern Europe, most specifically the Netherlands (though Yule customs from the entire region would become a part of Christmas celebrations). The Sammi people of Finland (who would have been near the right place) did have a thriving shamanic tradition when the Santa Claus myth was being developed (and still do), but there’s no evidence that they were actively involved in creating that myth.

Santa most assuredly originated from a number of sources, but the “shamanism” argument bandied about this time of year as one of them, is most certainly not accurate. 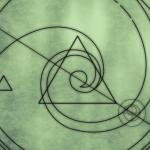 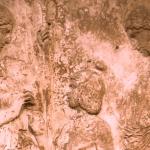 December 26, 2018 The Eleusian Mysteries: Initiation in the Ancient World
Recent Comments
0 | Leave a Comment
"Rede simply means "advice or counsel," as such you are free to use the Wiccan ..."
Jason Mankey She’s Wiccan
"Every time I start to feel like maybe I *should * be Wiccan, I get ..."
Bolline BelMelange She’s Wiccan
"I can see your point, especially with certain devotional witchcraft paths such as Hekatean or ..."
kristinemcguire She’s Wiccan
"Wicca is more a ritual system than anything else, since there are atheist Wiccans, polytheist ..."
Jason Mankey She’s Wiccan
Browse Our Archives
get the latest from
Raise the Horns
Sign up for our newsletter
POPULAR AT PATHEOS Pagan
1 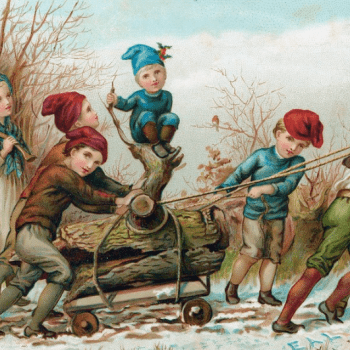 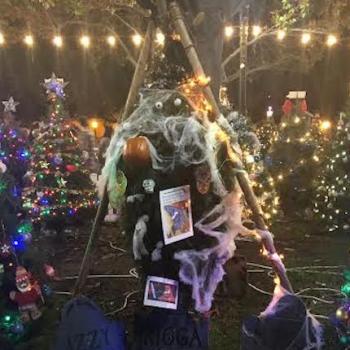