About a year ago I wrote an article titled Witchcraft is About Experience. I stand by that statement, Witchcraft is something to be experienced. Reading about the Craft is fine, but doing the Craft is the only way to really be a Witch. My experiences with doing have led me to a strong devotional practice towards certain deities, two Witch covens, and the occasional pilgrimage or two; your doings might be different than my own, but I bet you have some. 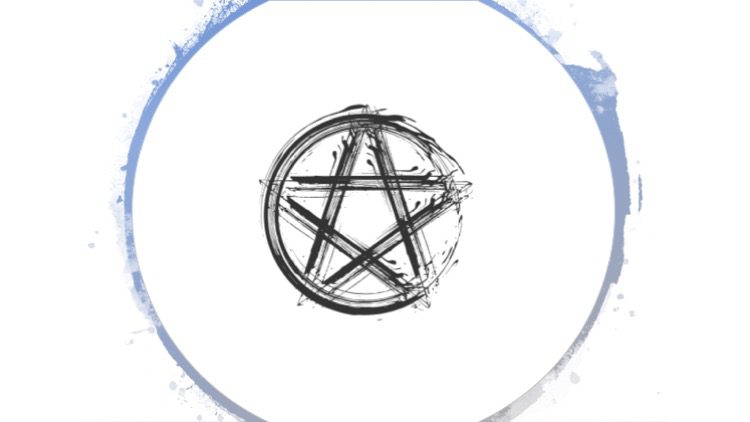 The various doings that make up my Witchcraft practice share a peculiar trait-they are transformative. Witchcraft is not a static practice, it’s one that’s constantly evolving, both outwardly (there are lots of different kinds of Witches and Witchcraft today), and inwardly. If what we are doing as Witches is not changing us in some way then we are probably doing it wrong. Witchcraft is a journey, not a destination, and when we go on a journey we often experience changes and find new ways to look at the world around us.

When I think about my life as a Witch there are a few moments that stand out, and almost all of them have been transformative experiences. The most impactful night of my life as a Witch occurred at a Samhain ritual nearly twenty years ago. There, in the quiet and candlelight, I saw a High Priestess draw down the moon for the first time. As young and foolish Witches we had no idea what to ask (or do) with a drawn down goddess, but I’ll never forget the feeling of her power and presence. It’s a moment forever stuck in my memory, and I can still see my High Priestess from that night, glowing in the darkness, and radiating divine energy. (I’ve said this in other places, but I swear she literally glowed, it was like she had swallowed a bunch of glow-sticks.)

That moment was transformative because it forever changed the way I interacted with deity. From that moment onwards I realized that there was another way to connect with deity outside of prayer or devotional practices. On just the right night, with the right vessel, deity could share a circle, and talk, with me. If that doesn’t alter your world view nothing will.

Several years later my now wife and I were at a Summer Solstice retreat hosted by a friend of ours. When that evening’s sabbat ritual left us wanting we grabbed a blanket, our books of shadows, and headed off to a (what we thought was) secluded spot to have our own rite. Once there, my love read The Charge of the Goddess, and while she did, I could feel the presence of our Lady draw close to our space. When she was done, I read my Charge of the God, and suddenly I could feel Him around me. Staring upwards on our blanket we could see the setting sun on the horizon, the moon above, and a sky full of millions of stars. In that moment I felt as one with my Goddess and God, the natural world, and shortly thereafter my beloved.

Under the night sky, and not completely out of the sight of our friends, we experienced the Great Rite for the first time. In that moment I knew who my magickal partner was meant to be, and who completely owned my heart. During that time together we became something else, we became something greater than our individual selves, and we shared it with our gods and the natural world. We don’t talk about the (greatest) most personal of rites very much in public, but what we experienced that night was truly magickal.

After being initiated into a Witchcraft tradition a few years later my wife and I were out for a late Winter/early Spring evening walk. To the outside eye the world looked rather bleak that night. There were no flowers, no buds on the trees, and in several dark corners of our neighborhood dirty piles of snow still clung to the cold ground. But on that night my wife looked at me and said: “Does everything look different to you after our initiation? Like it was all in black and white before and now it’s all in color?”

And she was right; everything did look different. There was a hum to the natural world around me that I had previously missed. When I cut my higher self off from the magickal current floating inside of me I could see the world in a mundane way again, but why do that? Our initiations had triggered something inside of us that changed and transformed our worldview. Things would be different going forward, and a lot more magickal.

And magick, what is that if not a vessel for transformation? We work magick to change our circumstances and make our world a better place. I’ve done magick for work, hearth, home, health, and for my friends-known and unknown. That magick generally had one goal, to transform something in a positive way.

Sometimes the spells are small and hard to feel, and at other times they are rollicking affairs where I can feel the Cone of Power wrap around me and those I’m circling with. In those moments I know the magick we all share is real, and that the sharing of that magick with others, will help us to grow closer with those folks.

We don’t perform the Great Rite, build the Cone of Power, draw down the moon, or get initiated every day, or even every week (well, most of us anyways). But these experiences have shaped my Witchcraft and my fundamental being as a person. I was never the same after experiencing them, and while I know that many Witches will only brush up against these mysteries, I feel as if they are a part of our heritage and a part of what we do.

For those who are inspired by the works of Margaret Murray, her Witches were visited by a Man in Black who was the living representative of the Horned God, much like a drawing down. Magicians have used sex for centuries to raise power and grow closer to partners, it’s not our Great Rite, but it’s oh so close. And the first pagans most likely practiced some form of initiation ceremony, a rite full of wonder and mystery that has mostly been stolen from the modern world.

I share these things because they are a part of my Craft and have changed my world. I write about them in my book Transformative Witchcraft: The Greater Mysteries because they are profoundly important to me, and they are things I want other Witches to experience (if they have the inclination). In that book I talk about these four mysteries in history and in practice, and share rituals and ideas about how to perform them. The rites that have transformed me may be different from the ones that have changed you, and that too, is all a part of the mystery.

I don’t like making this blog into an infomercial, but I’ve put several years of my life into this book and I’m justly proud of (so I like to think). May the gods ever preserve the Craft! 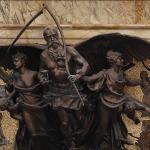 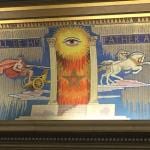 January 17, 2019 Witchcraft & the Freemasons
Recent Comments
0 | Leave a Comment
"Mabon's my favourite, I was surprised how low it was. I didn't expect it to ..."
Nekoshema Your Favorite Sabbats (Or Sabbats By ..."
"Love this! We often just call it "Pagan Thanksgiving" and have done with it. It's ..."
Seba O’Kiley Mabon: The Most Pressing Issue of ..."
"Well done, Jason!"
Angus McMahan Mabon: The Most Pressing Issue of ..."
"One thing I can't understand about Buckland's altar set-up is that he recommends a drinking ..."
Nicholas Chiazza Books Aging Poorly: Scott Cunningham’s “Wicca”
Browse Our Archives
Related posts from Raise the Horns